Meanswhile’s trench coat that transforms into a blouson with a magical zip.

FASHION
3 years ago
by GO OUT 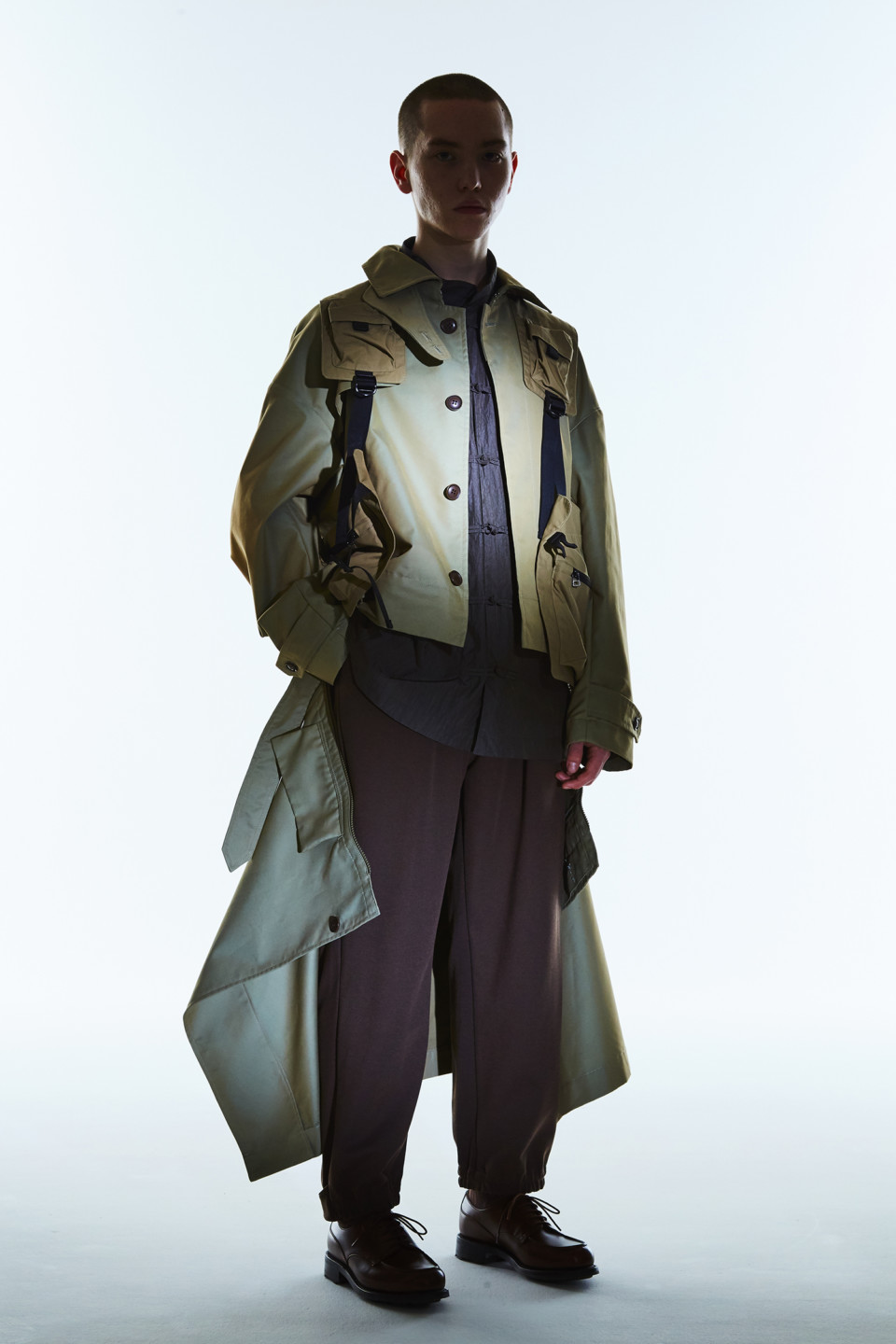 Meanswhile’s mantra is tools that closely match the style of the user = everyday clothes specialized for functionality. This classic trench coat that will be introduced as a new model is not only special due to its design, but it also has unique gimmicks and technology only made possible by Meanswhile. 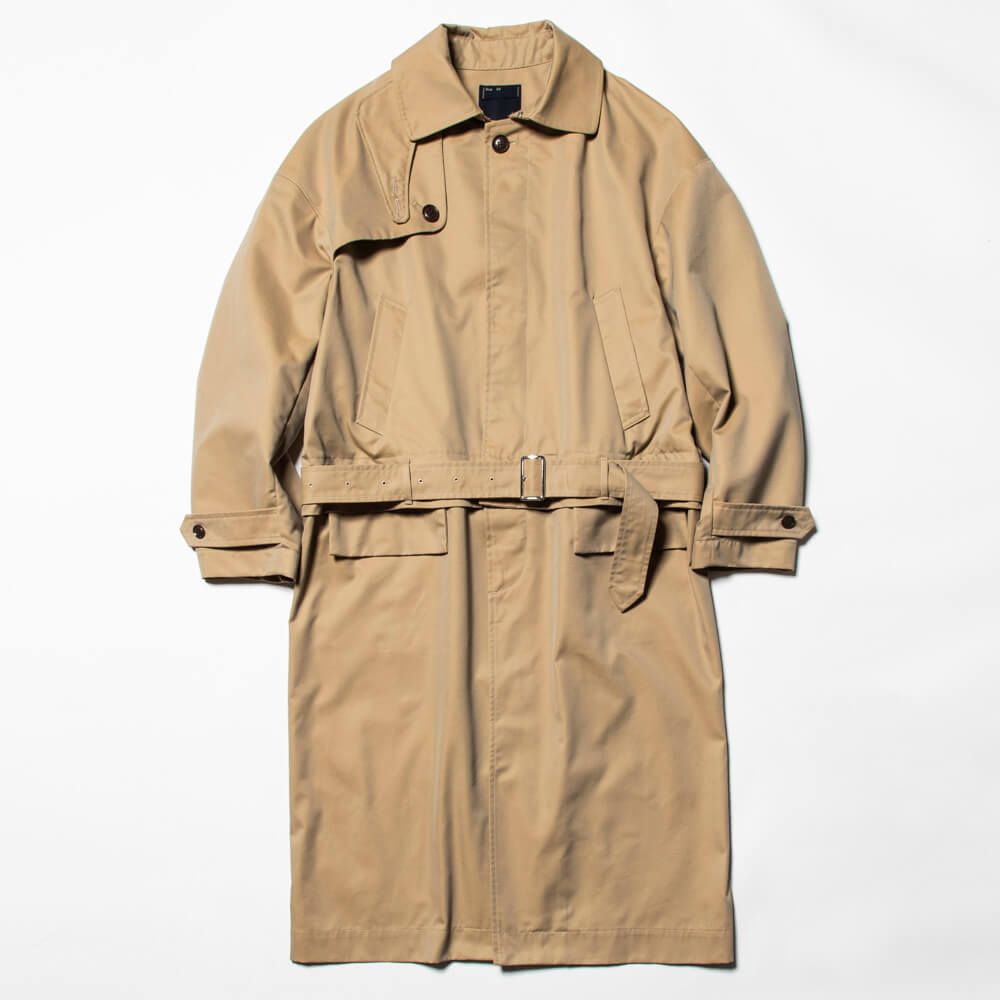 The first thing we would like to focus on is the zip around the waist. At first glance, it looks like a normal trench coat, but in fact this zip makes it possible to separate it at the upper and lower parts of the waist, making it a 3-way changeable mode that can be used individually as a blouson and skirt. 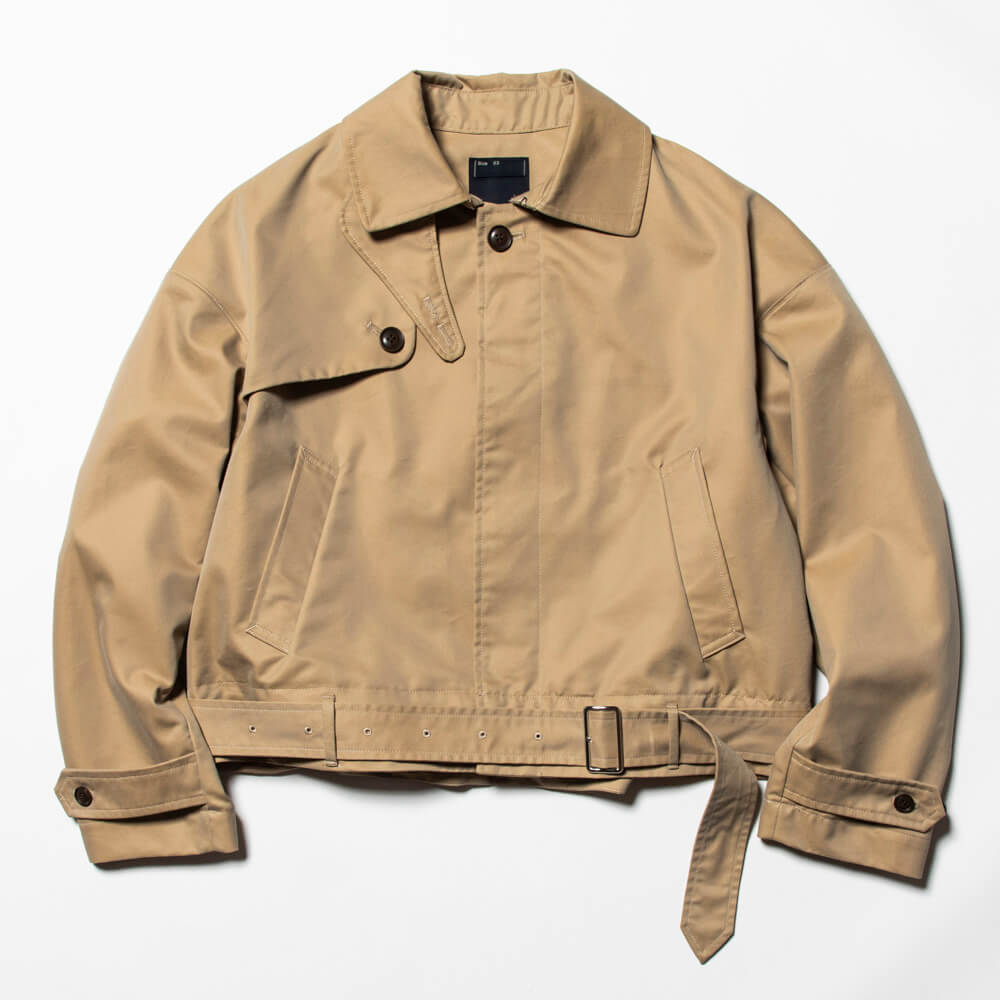 Innovatively designed trench coat with waist belt. If you unzip, it will turn into a blouson.

For example, you can wear it as a trench coat when exploring the city, wear blouson style when riding a bike or bicycle that will get caught if you wear a long coat, and use it as a wrap skirt instead of a blanket on a cold night. You can tie it around your waist or use it according to the environment.

In addition, the jacket features a novel and functional gimmick that changes the silhouette depending on how it is opened and closed without removing it and allows you to easily access anything your wearing as an inner. 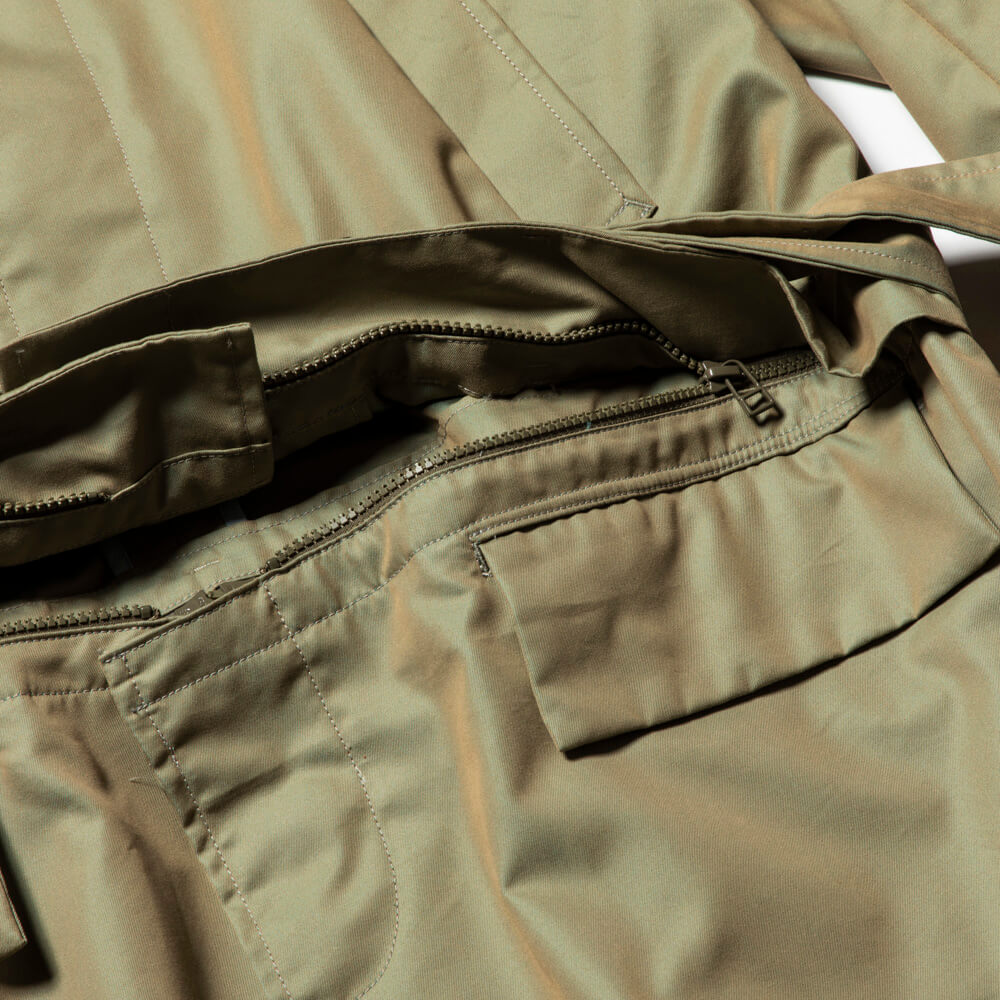 You can access the inner part inserted inside without stress, and it is also great that you can adjust the silhouette to suit your taste.

The fabric is made of high-density gabardine that is a mixture of cotton and polyester, and is dyed to give an iridescent chambray finish. The process of raising the surface of the fabric and the unique pattern around the arm combine to give both a smooth feeling and provide ease of movement. 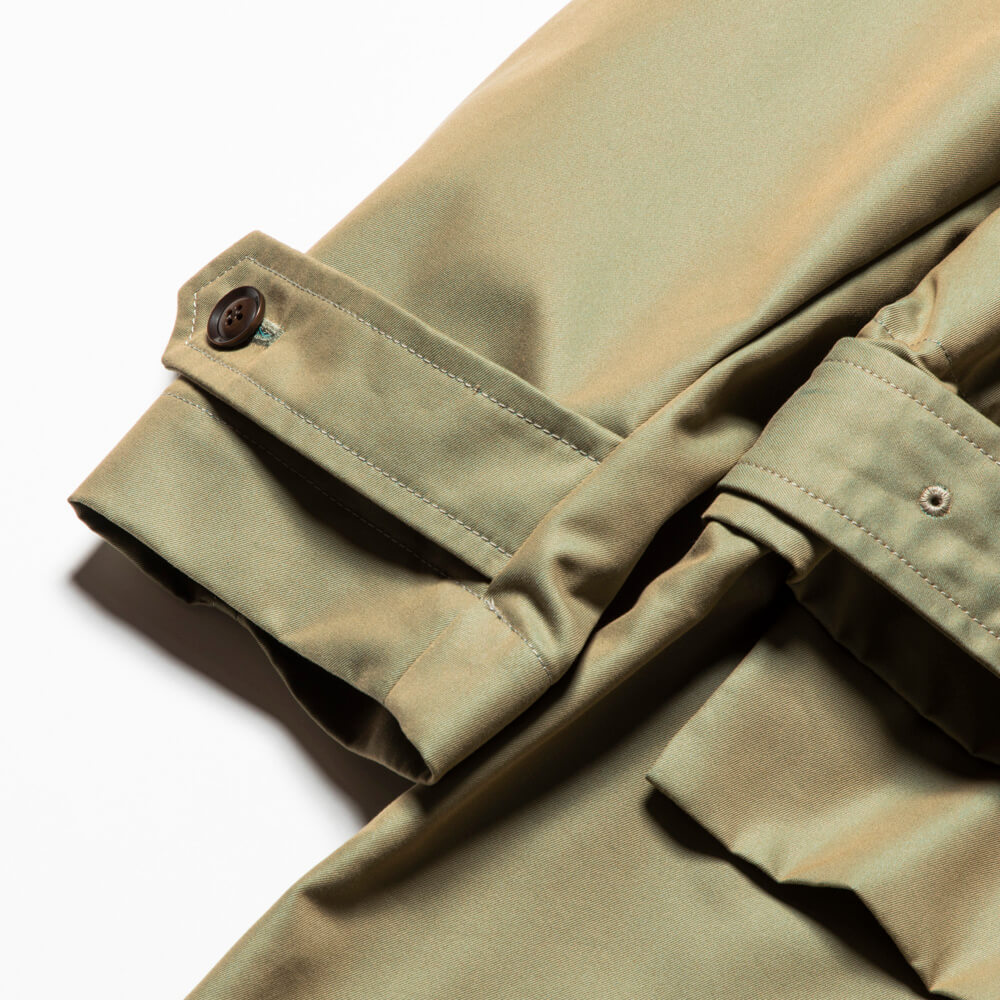 The iridescent fabric is shiny and gives a unique and luxurious finish.

The trench coat usually has a somewhat rugged image, but this is a piece of creativity that adds playful details synonymous to Meanswhile. Why don’t you try out these new technical stylish new garment this spring?