Tough, lightweight and breathable. Meanswhile’s new shirt hoodie is made of a special fabric. 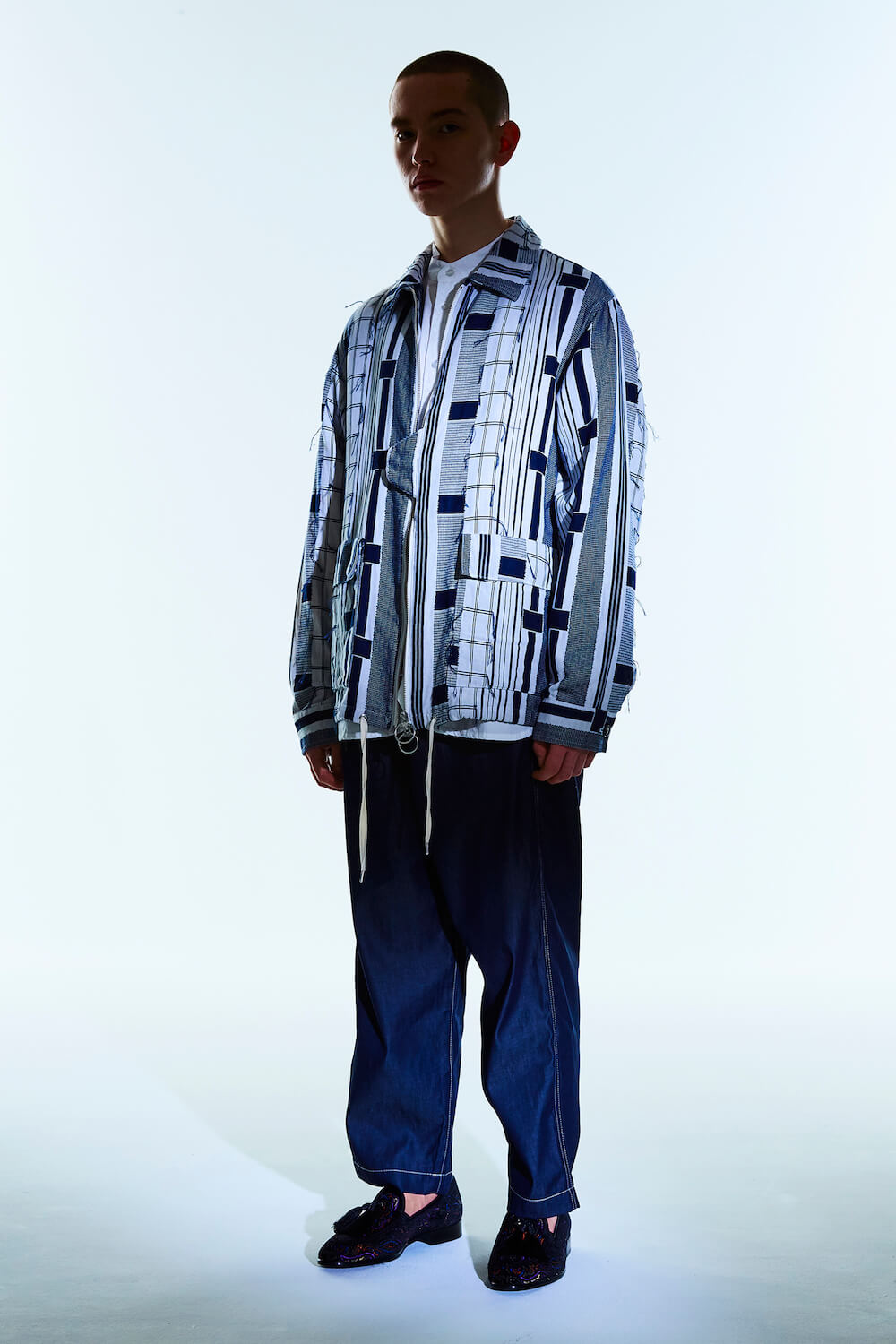 “Meanswhile” are known for their functional clothing that almost act as tools. Introducing a new and outstanding new shirt hoodie from the brand, which is popular for its unparalleled functionality and design. 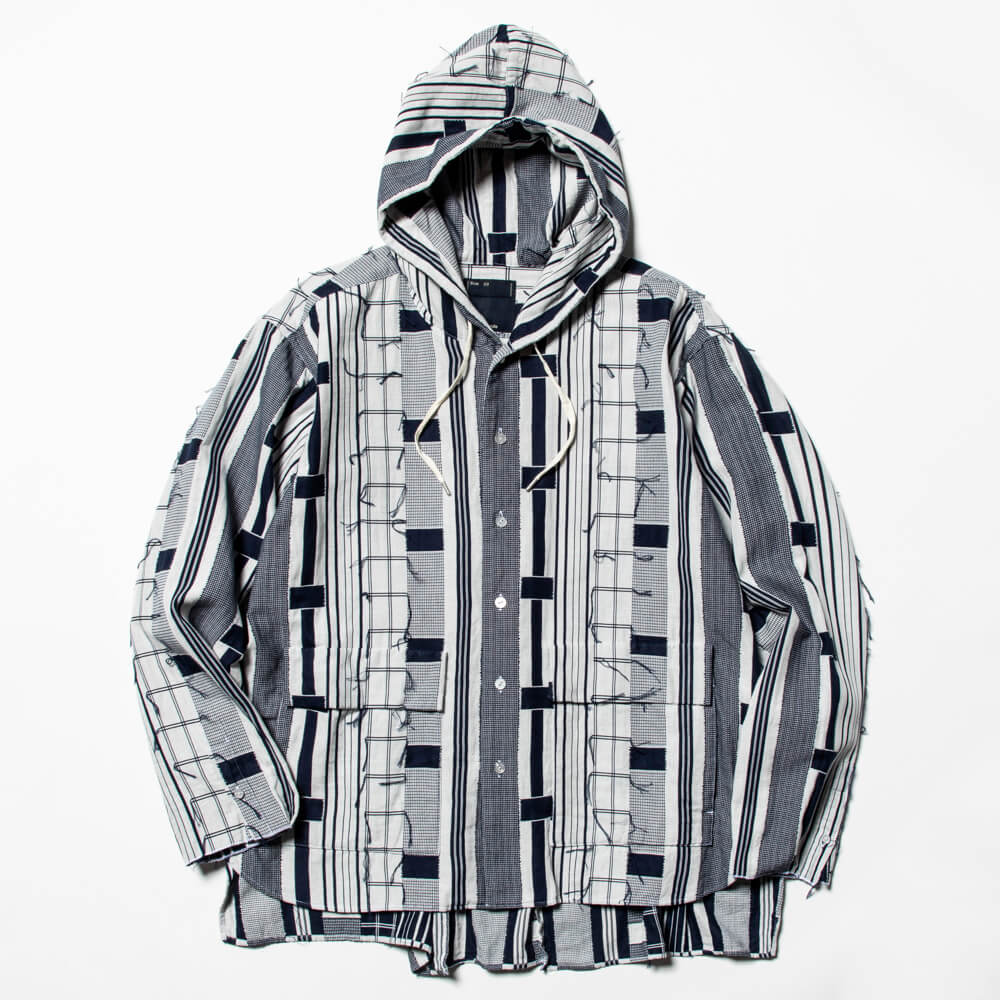 This shirt hoodie uses a crazy woven fabric with excellent durability and breathability.

“Futsuori”, which is a type of double weave, is used for the fabric, finished with a patchwork-like design using African antique fabric as the image source. Due to the structure that is woven like a big, it has a high density but excellent breathability, which leads to a feeling of lightness while wearing.

At the front, there are flap pockets and hand pockets with 2 air chamber specifications. The navy white base with a crazy pattern casually adds a pocket, which gives this design a very playful image. 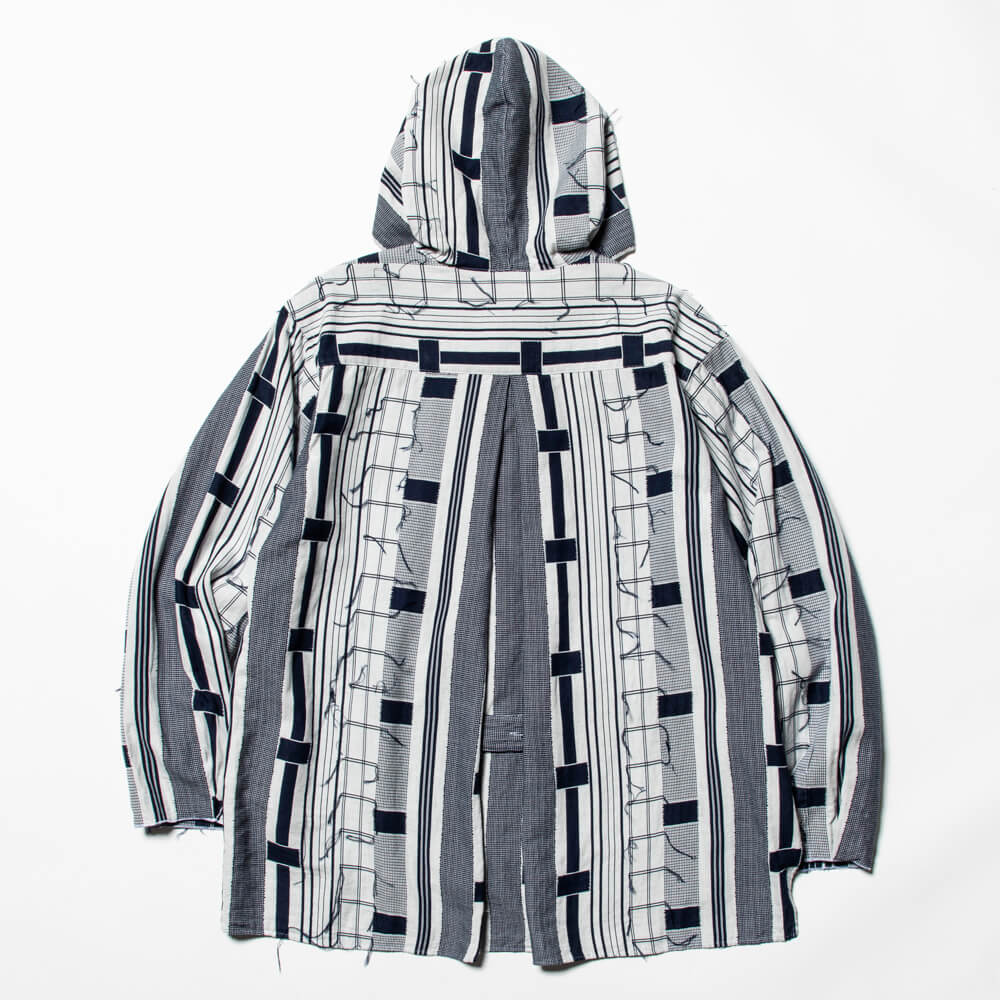 In addition, imprinted pleats are on the back, and buttons are arranged inside it to allow adjustment of the width of the body.

When wearing it as a light outerwear, it is a nice point to be able to adjust the silhouette by removing the buttons to adjust to the outside temperature. The hem length is different at the front and back, making it ideal for layered styles. 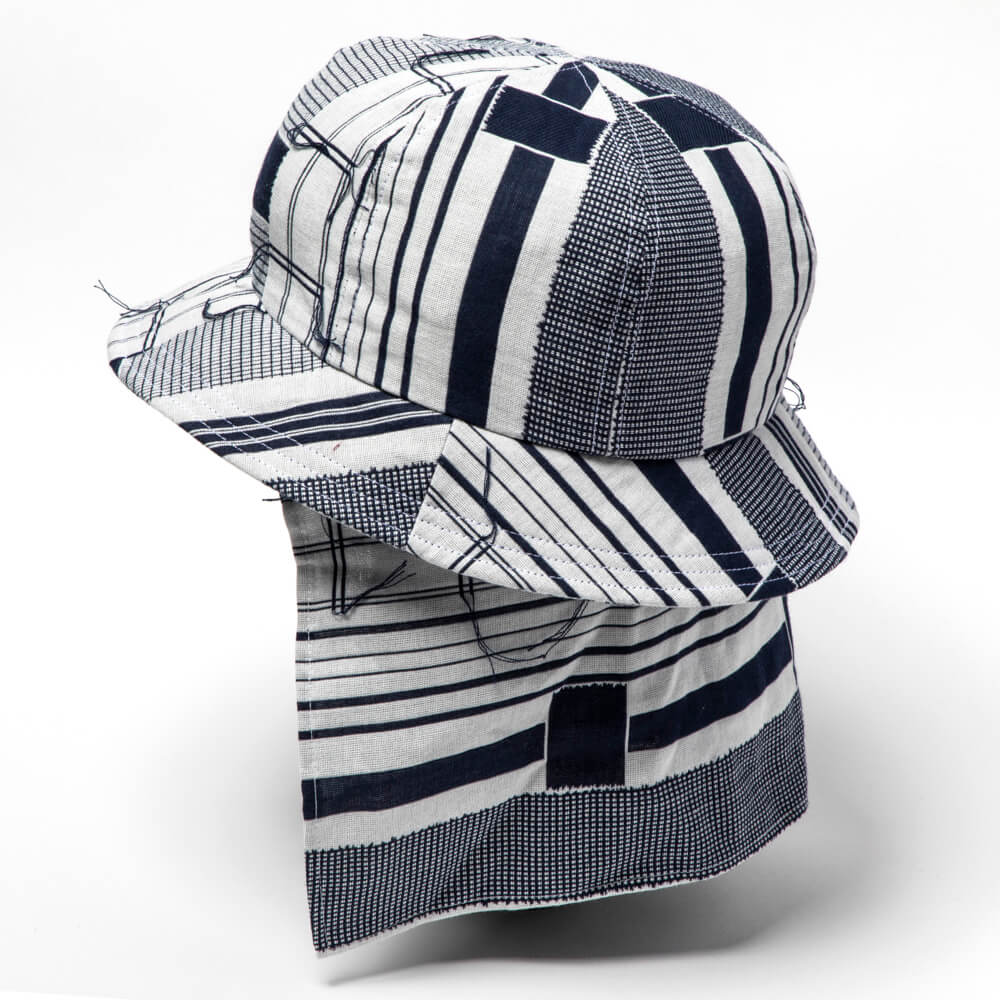 In addition, a hat made of the same material has been released. The awning is detachable, so it’s best to put on and take off according to the weather and your outfit.

This light outerwear, which is a combination of African crazy patterns and everyday gimmicks, goes great with street styles and outdoor mixes. You can use this type of outerwear to take your outfits to the next level.