A new store with a full line-up from And Wander is born at “MIYASHITA PARK”. 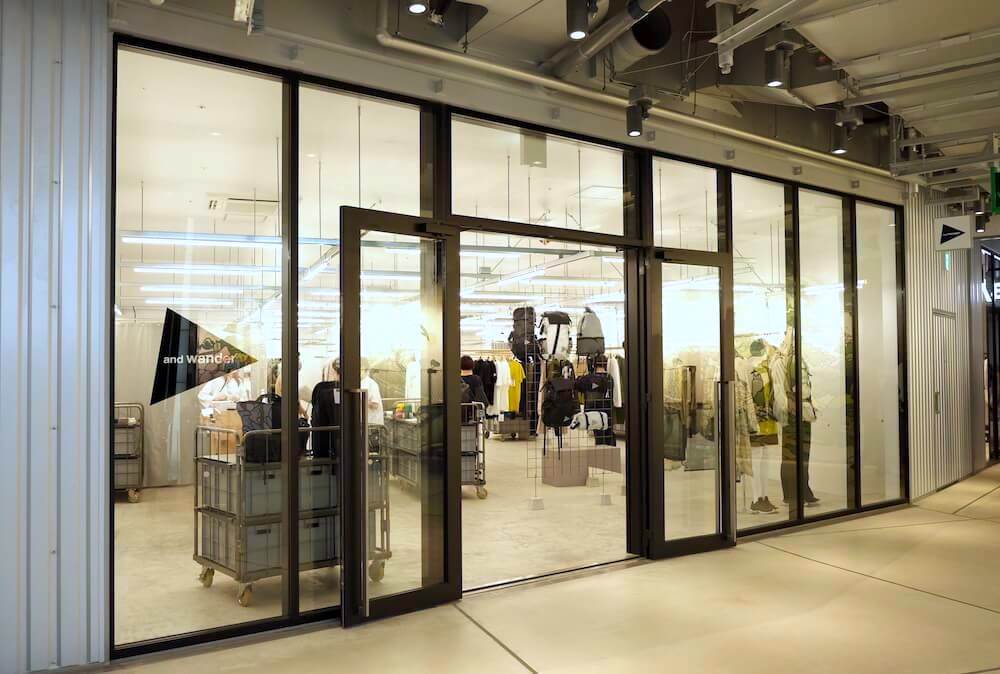 Beyond the outdoor space, And Wander is gaining popularity in the fashion scene too. Especially recently, there have been many hot topics, like the opening of the Nagoya Lasik store and the reopening of the first directly managed store “MT.”

And now, they are attracting more and more attention with the new directly managed store that will open at the topical new attraction “MIYASHITA PARK”.

The GO OUT editorial department immediately sneaked into the new store of And Wander, which is expanding due to the recently gained momentum.

A minimalistic space that embodies “functionality”. 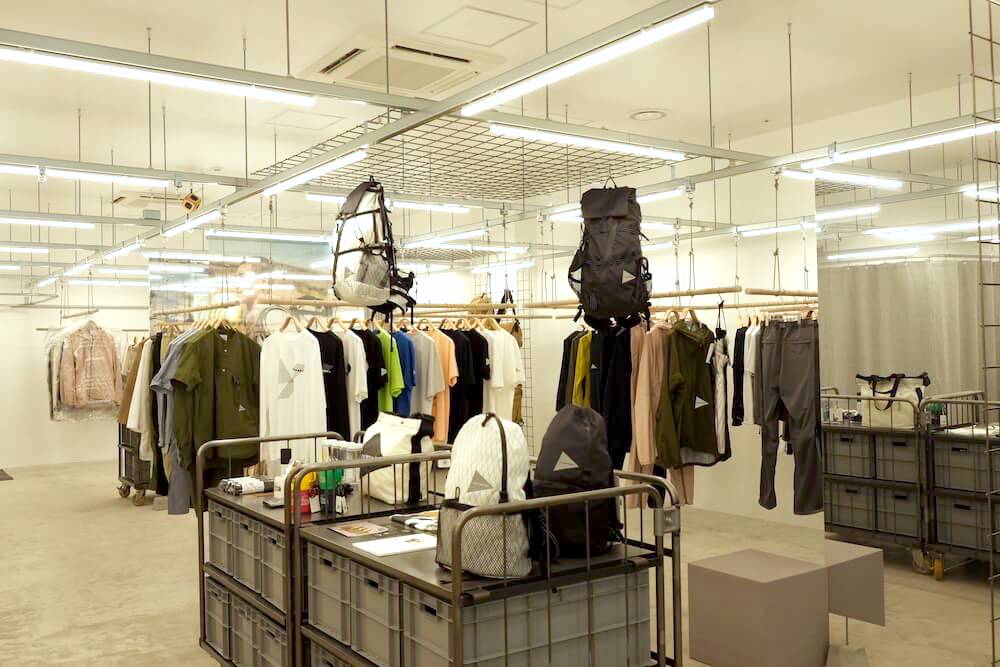 The new store “And Wander MIYASHITA PARK”, which is scheduled to open on July 28th (Tuesday), is the largest flagship shop among their directly managed stores.

The interior designed by Tsunemu Nagasaka of “Schema Architectural Planning” has an urban and minimalist atmosphere. 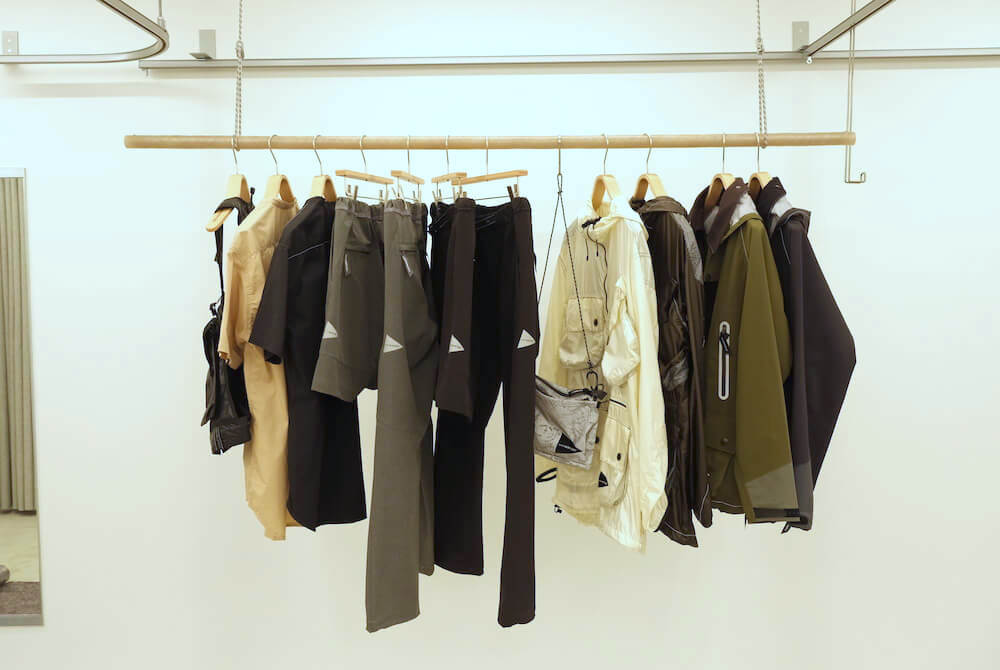 This new ship space that embodies the “functionality” that is the basis of And Wander’s design is tidy and efficient. 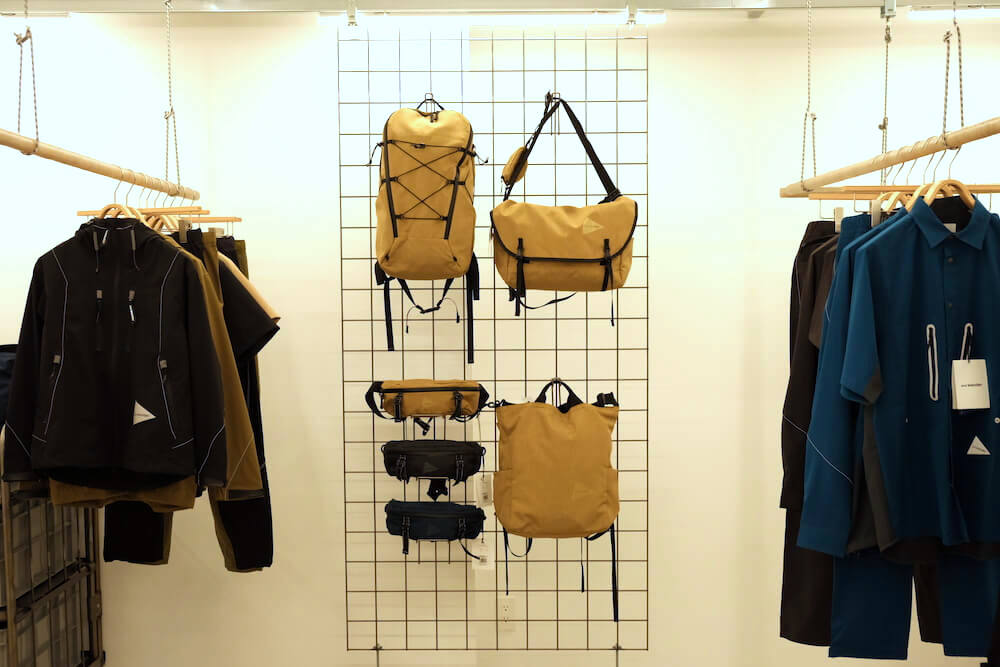 There is no such thing as a shelf or hanger rack like standard shop furniture, instead a basket cart reminiscent of a container for transportation, a net rack is hung on a hanger pole, and it is arranged without waste, from daily wear to bags, small items, Each item is displayed according to its purpose. 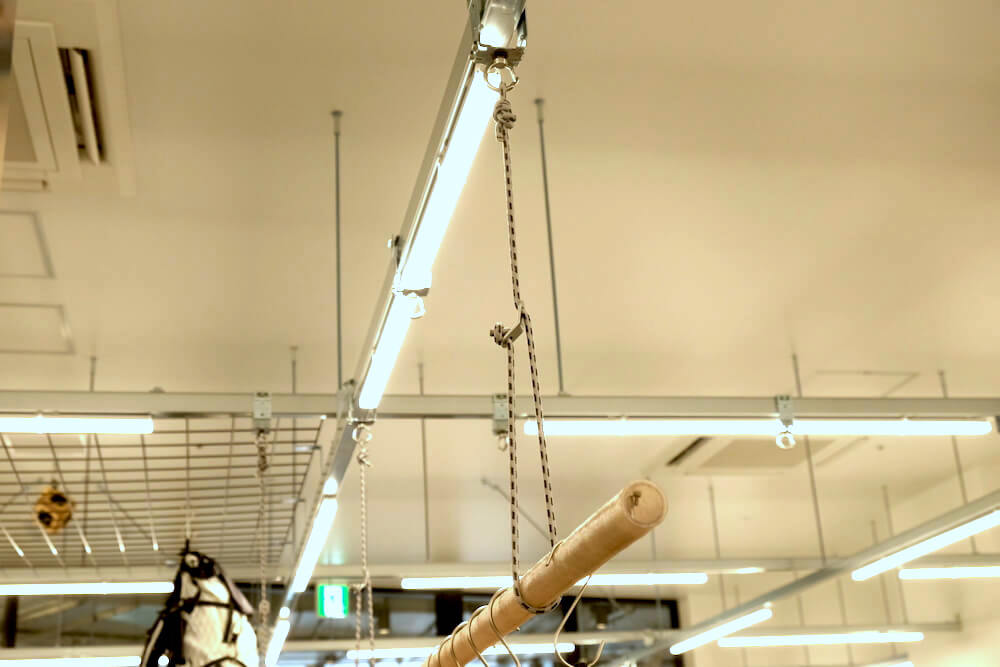 Among them, the highlight is the design of the ceiling, which is framed in a grid pattern. The layout can be freely arranged with hooks arranged at equal intervals on the frame and a climbing rope that can be attached.

Indeed, it is a carefully planned interior that embodies “functionality”.

An urban lineup with plenty of daily items. 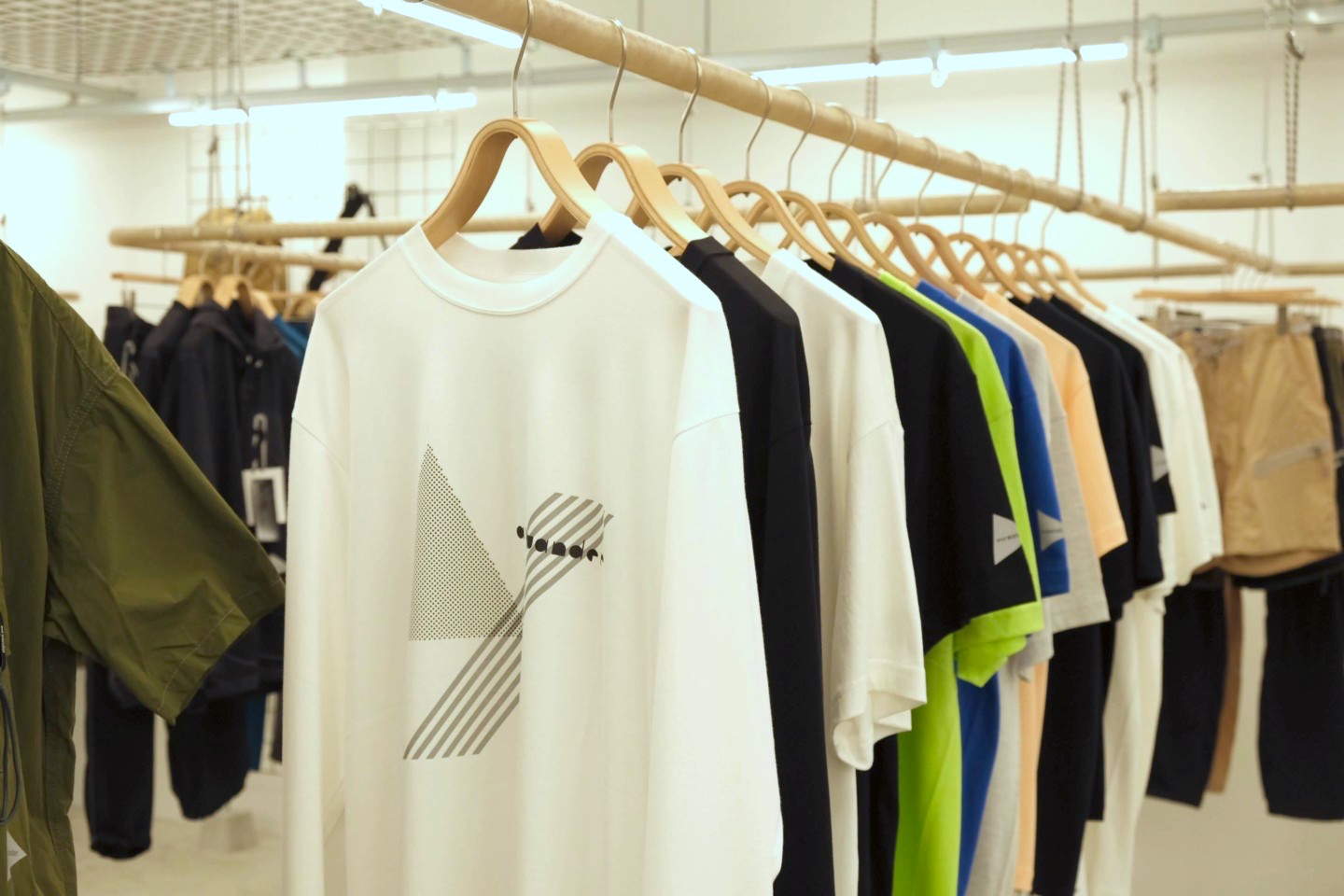 You can see almost the full lineup from And Wander at this new store, but it is a bonus that there are many daily use items that you probably have not seen so far. 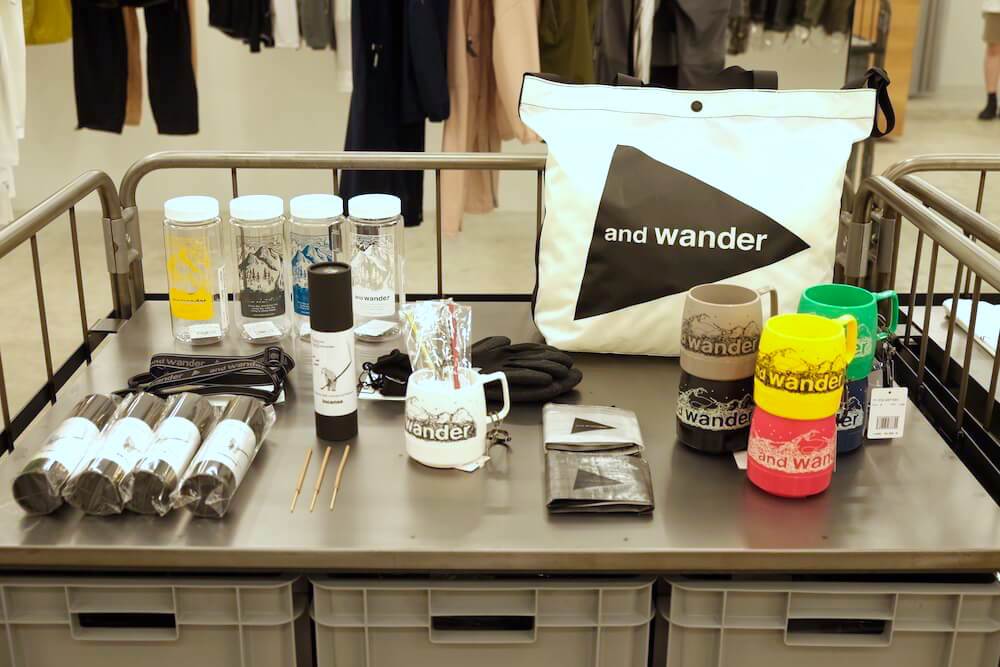 The “And Wander MIYASHITA PARK” stands out from their “MT.” store, which has a lot of items for mountaineering in the woody and warm store, while casual items that are used everyday in a cool space in the urban areas stand out.

This is a new concept shop that fits the land pattern of Miyashita Park, which connects Harajuku, which is the origin of fashion, and Shibuya, and has a glimpse of a side that is always different from the traditional brand image.

The opening is Tuesday, July 28th. In addition, an special opening event is planned to be held where you can get an original drawing with illustrations by popular illustrator Yu Nagaba when you make a purchase.