Carhartt WIP and G-Shock collaborate for the first time! Mature color “third” model is on sale only in Japan.

Carhartt WIP (Carhartt Work-in Progress), which started as a European project of Carhartt, a work wear brand from the United States, officially landed in Japan and celebrated its 10th anniversary. The first collaboration with G-SHOCK has been realized to commemorate this anniversary. It will be released on Saturday, August 22 in Japan only. 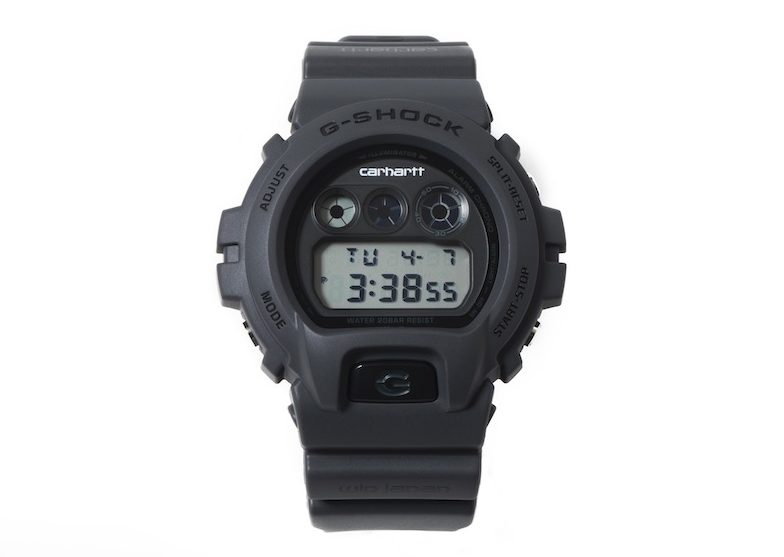 The base model appeared in 1995 and was loved as the “third eye” DW-6900. The 90’s street scented looks have been sublimated into a calm dark gray with an adult aura.

The Carhartt symbol with a Cornucopia motif emerges on the EL backlight. 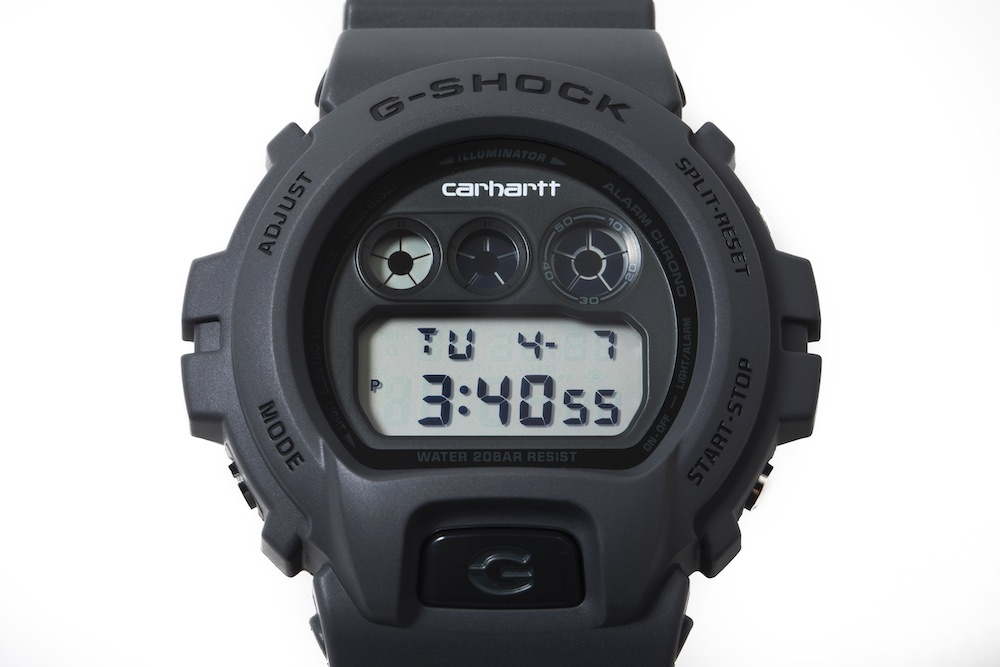 The dial is decorated with the Carhartt name, and the lid of the special case with camouflage has the same 10th anniversary logo as the back cover.

The details such as the back cover engraved with the commemorative logo and the case incorporating the camouflage give this watch a special finish. 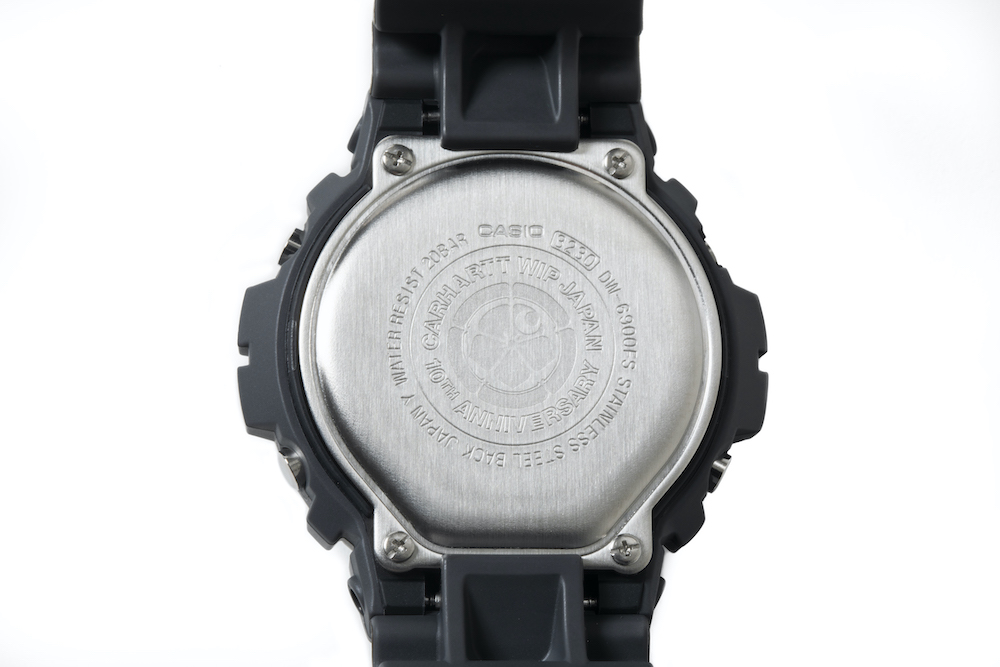 The back cover is engraved with the Carhartt WIP Japan 10th anniversary logo. 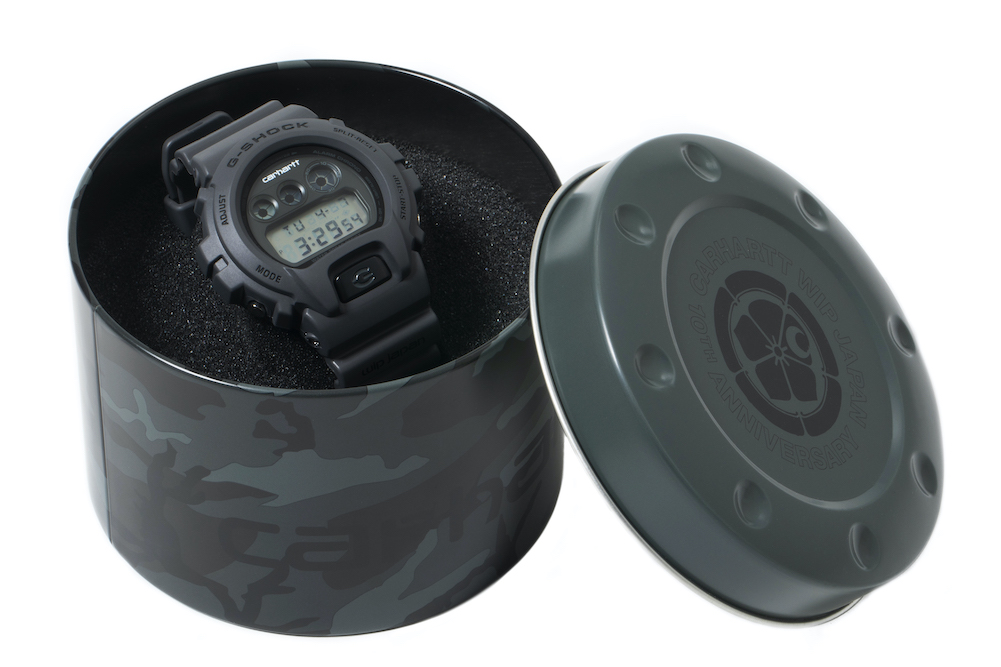 The special case is a unique specification with camouflage.

The world-famous first tag team of these brands, tough and stylish gems that can match any field, are only available at Carhartt WIP Stores and official online stores nationwide.