Nanga x Natal Design x Topo Design. A special down T and 3WAY backpack, a collaboration between Japan and the United States, will be released worldwide at the same time. 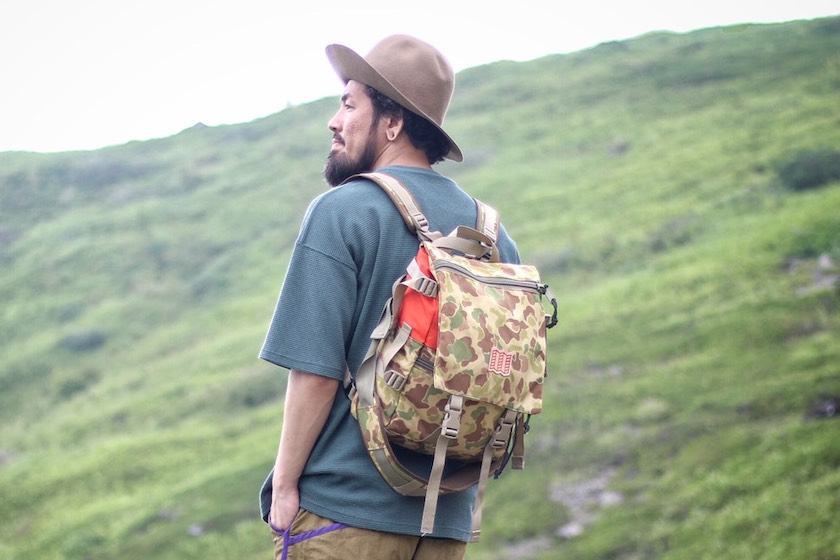 Japan’s leading down maker NANGA, which boasts a history of 74 years since its founding, has realized a triple collaboration that will be a stepping stone to global expansion. The other party is NATAL DESIGN, an ally who they have teamed up with many times, and TOPO DESIGNS, an outdoor brand from Colorado that has received tremendous support from American outdoor enthusiasts.

There are 2 items in the lineup, a special down T and a backpack that take advantage of the strong points of the 3 brands! Don’t miss the world-class collaboration between Japan and the United States! 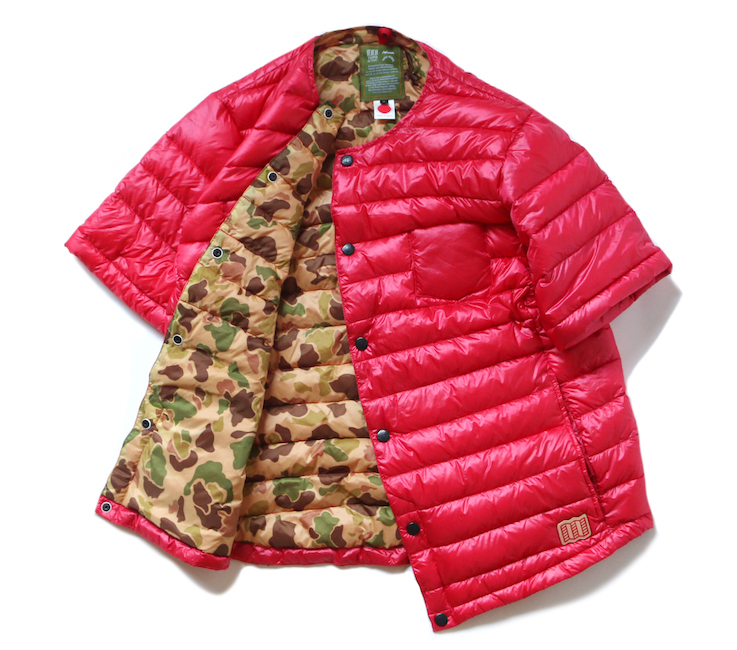 First of all, the down T which is directed by Topo Designs. The eye-catching red coloring and the lining feature a high-impact look with the original hunter duck pattern from Natal Design. 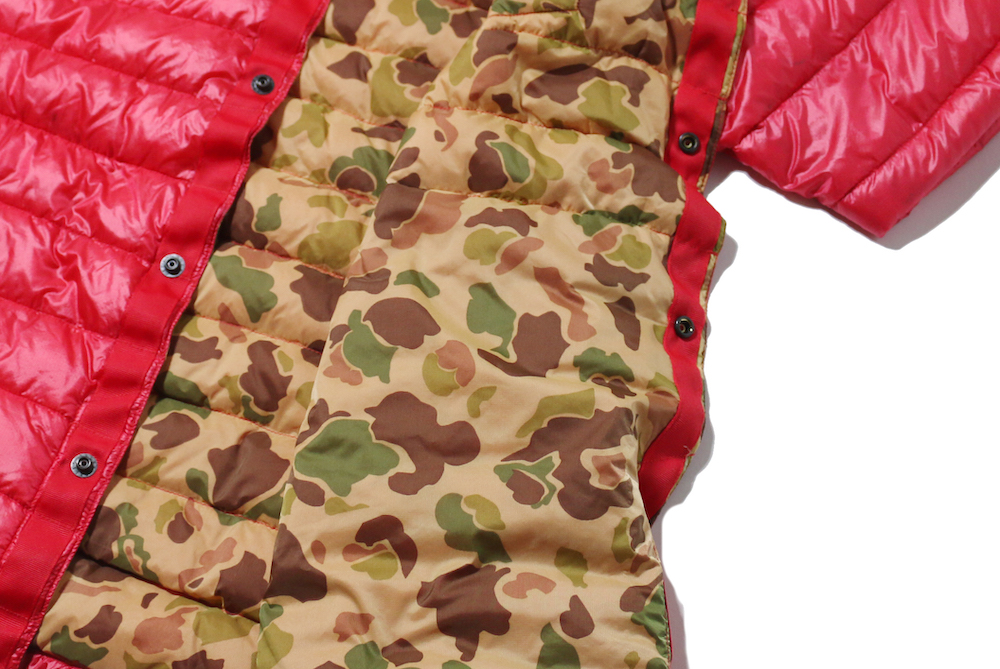 The batting is filled with 50g of high quality duck down of 760FP, and boasts the perfect heat retention for use as an inner down jacket. The front and back fabrics are made of ripstop nylon and are tough enough to be used. 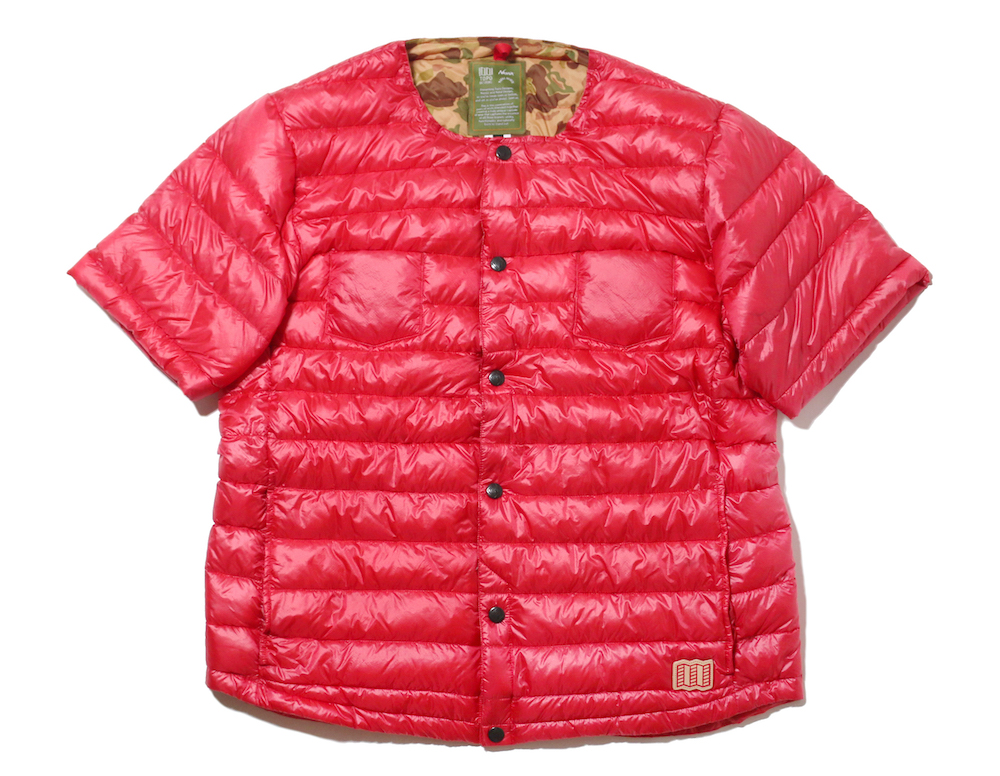 In addition, it is packable, so it is highly portable, and if you keep it in your bag, it will be reassuring even when you go out in the fall when the temperature can change suddenly. As it was produced at the Nanga factory in Japan, the high reputation of Japanese products is maintained. 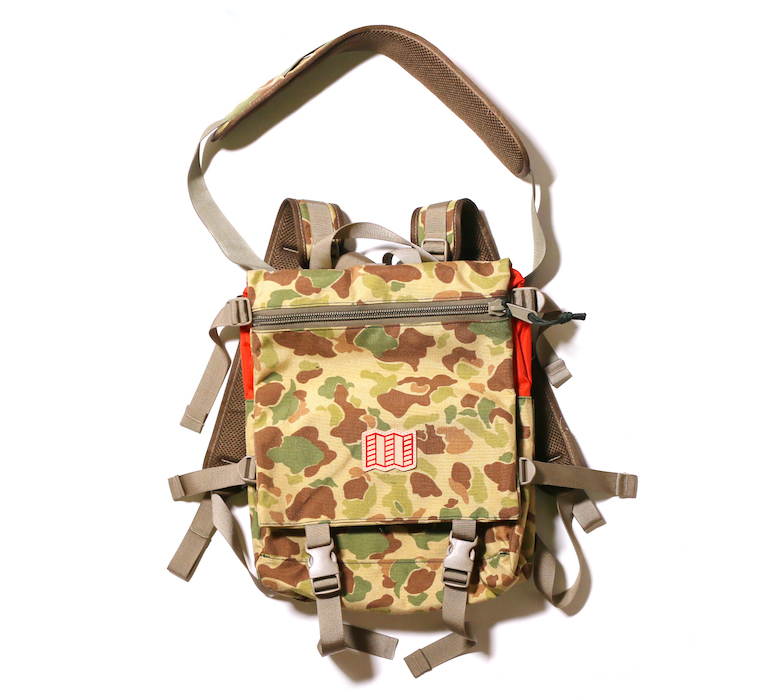 A 3WAY backpack that boldly uses the original duck pattern by Natal design on the classic model rover bag that has become a standard item for Topo Designs. Since it can be used as a shoulder or handbag style, it is a versatile item that can be used to match any scene. 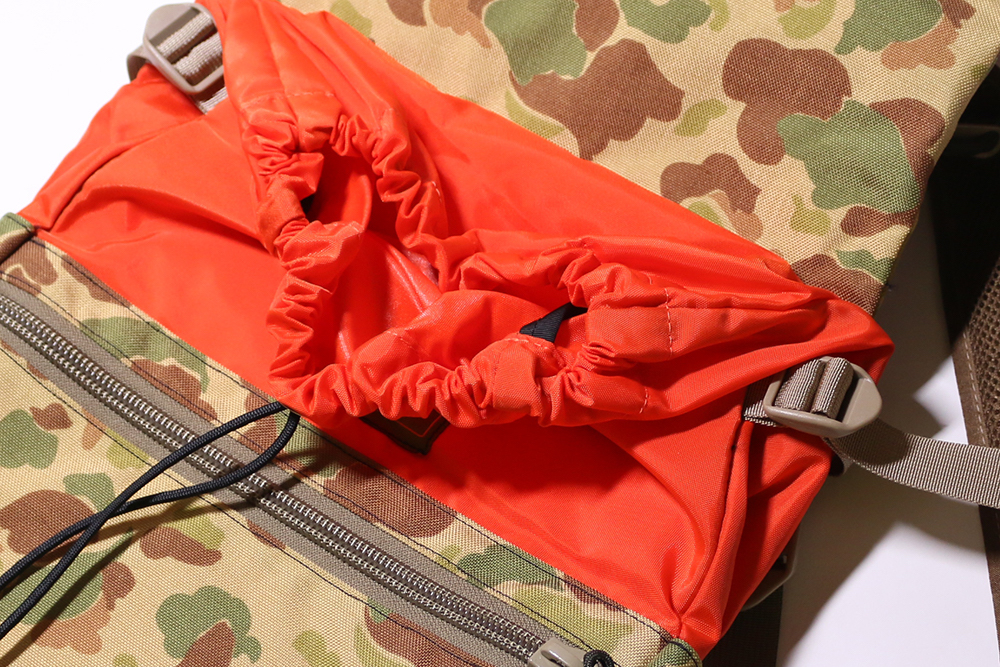 The opening hidden under the flap is a drawstring type with a drawcord, making it difficult for rain to enter. In addition, the rescue orange coloring that goes well with the duck pattern is also a highlight.

The two exclusive models, in which the identities of the three brands are fully realized, will be released simultaneously worldwide from September 22 (Tuesday), including at the Nanga official online store. In addition, an Instagram campaign will be held to commemorate the collaboration. It’s a chance to win a sleeping bag not for sale, so let’s all participate!