First in G-Shock history. Introducing a super functional watch that allows you to freely change the bezel and band.

For the first time in Casio’s G-Shock series, the model “DWE-5600CC” that lets you replace both the band and the bezel has appeared. By freely combining the bezel and the band, you can create your own custom arrangement. 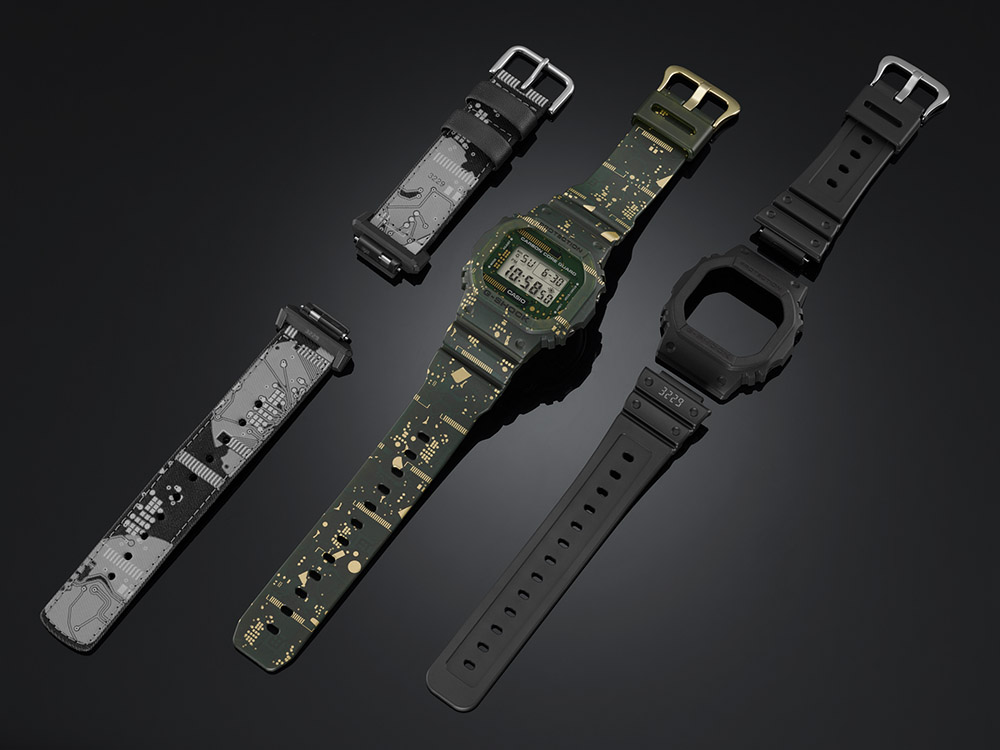 The new G-SHOCK model “DWE-5600CC” is a model that follows the square shape that inherits the design of the original model, and it comes with a set of 3 bands and 2 bezels that can be freely replaced. 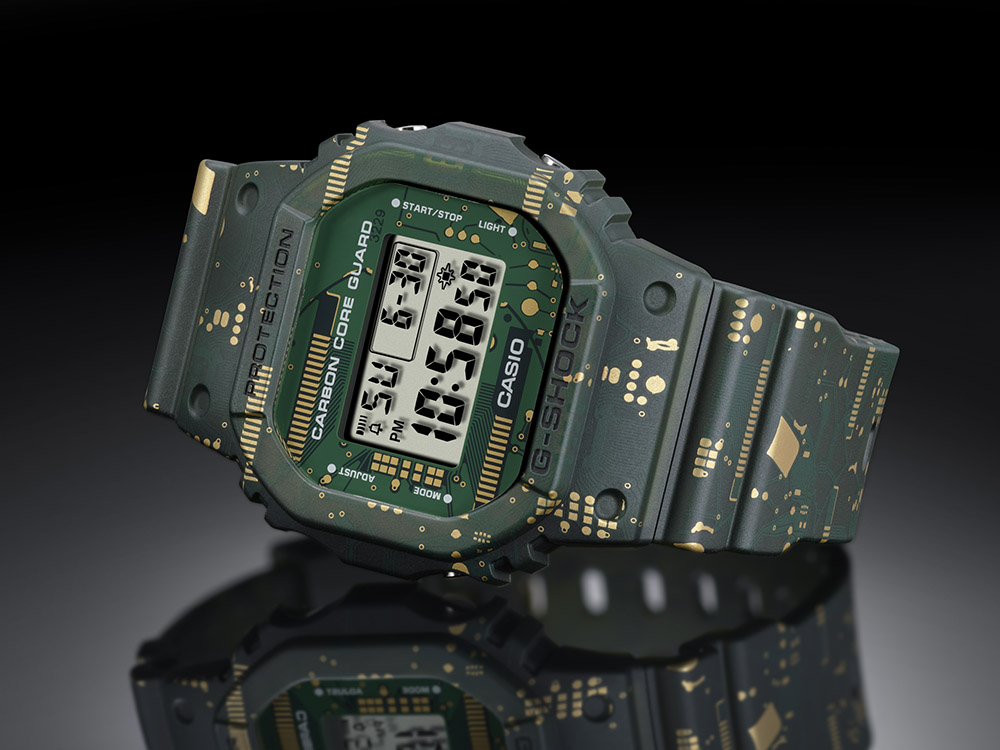 At first glance, this design, which looks like a camouflage style due to the band and bezel, is a design of the circuit board actually used for the G-Shock. The cyber atmosphere is excellent. 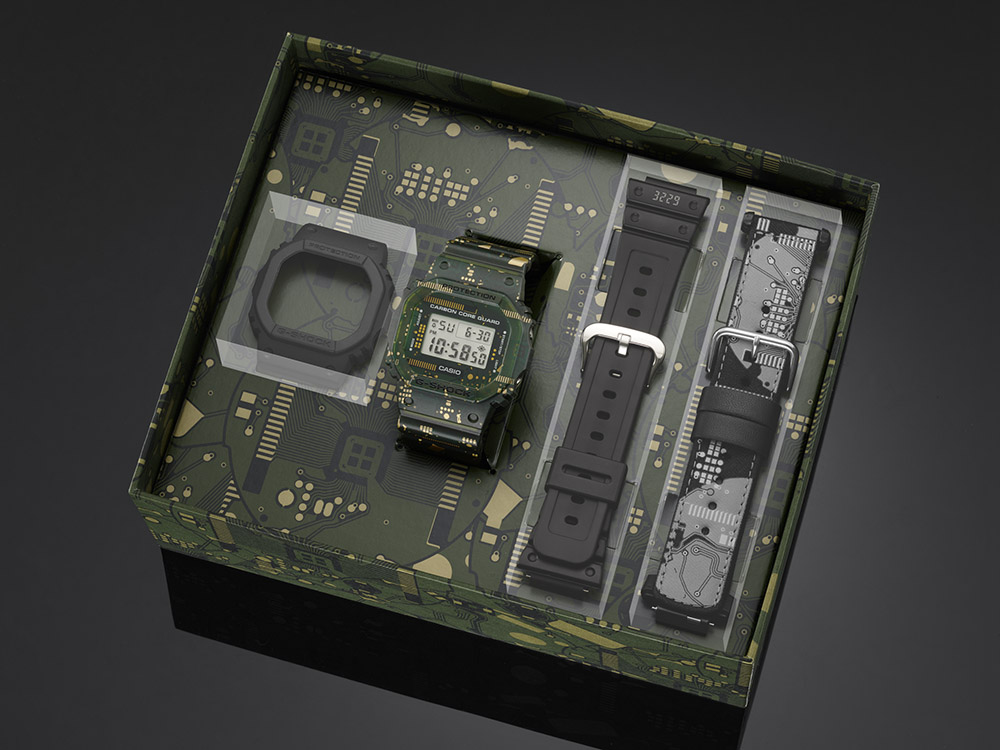 The band and bezel, which use matte black resin parts, are designed with the number “3229”, which is the module number of the “5600” series that is the base.

In addition, another variation of the band is included, which is also a cross band with a phosphorescent and reflective finish engraved with a monotone circuit board design. 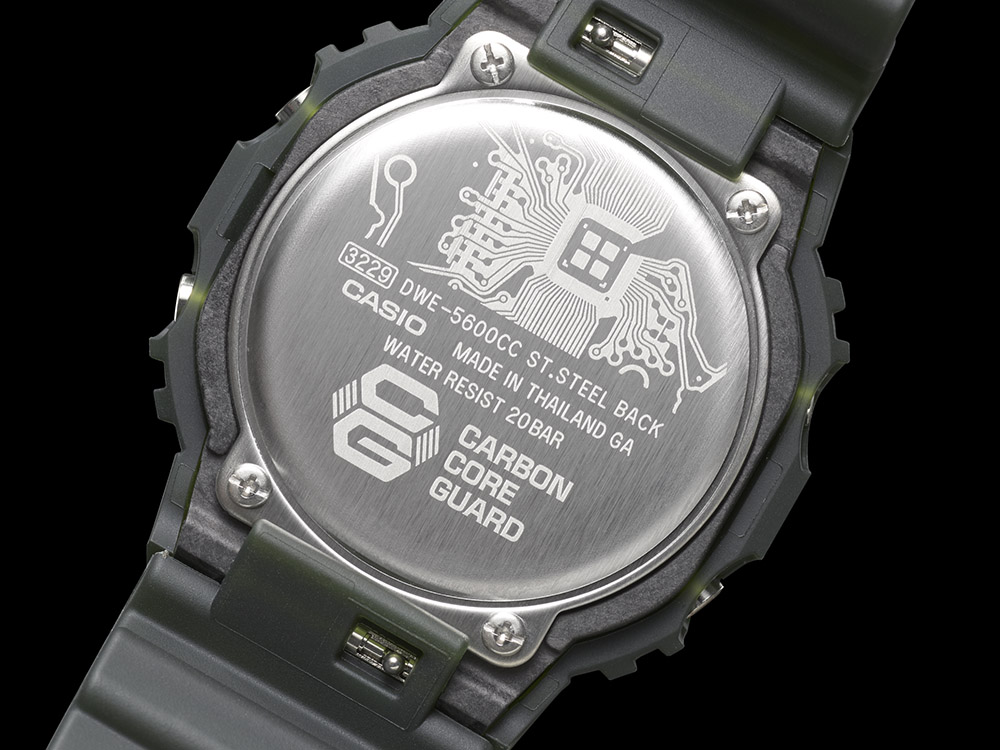 Even though the band and bezel can be replaced, as is expected from a G Shock its shock resistance is not affected. A newly developed band structure that can be easily attached and detached with a slide lever is adopted to make the band and bezel removable. In addition, a new structure has been adopted in which the bezel and case, which were previously fastened with screws, are combined with four small hooks made of light and strong carbon material, so they can be easily changed. 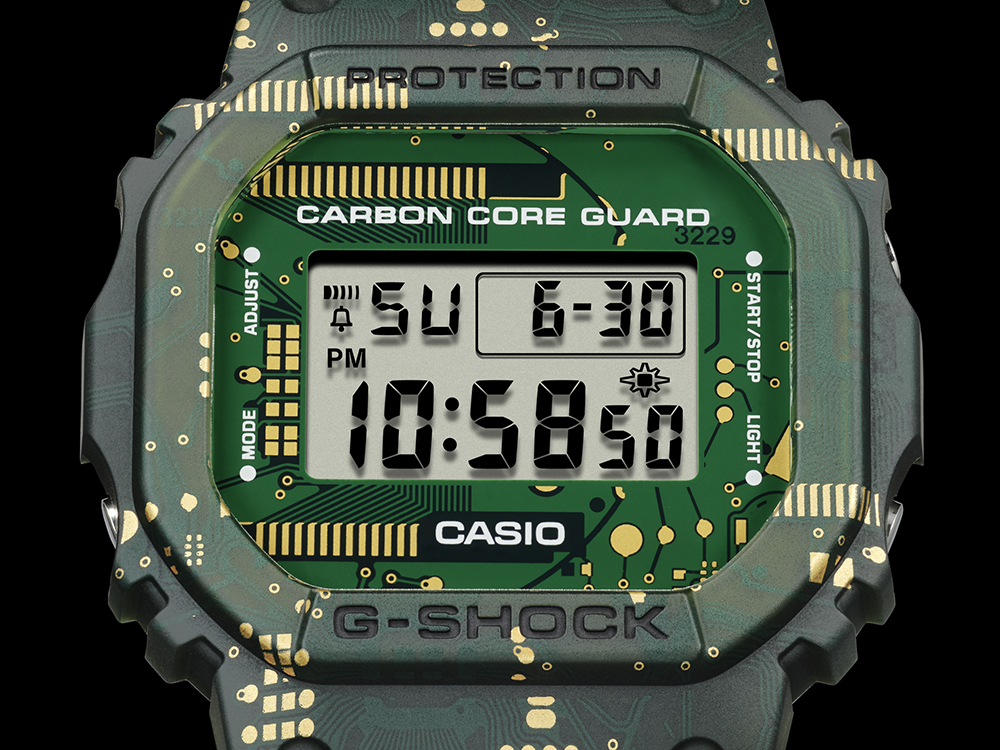 In addition, the impact resistance of the case body has been improved by the new “carbon core guard structure” that uses a carbon fiber reinforced resin case. It is scheduled to be released in October.