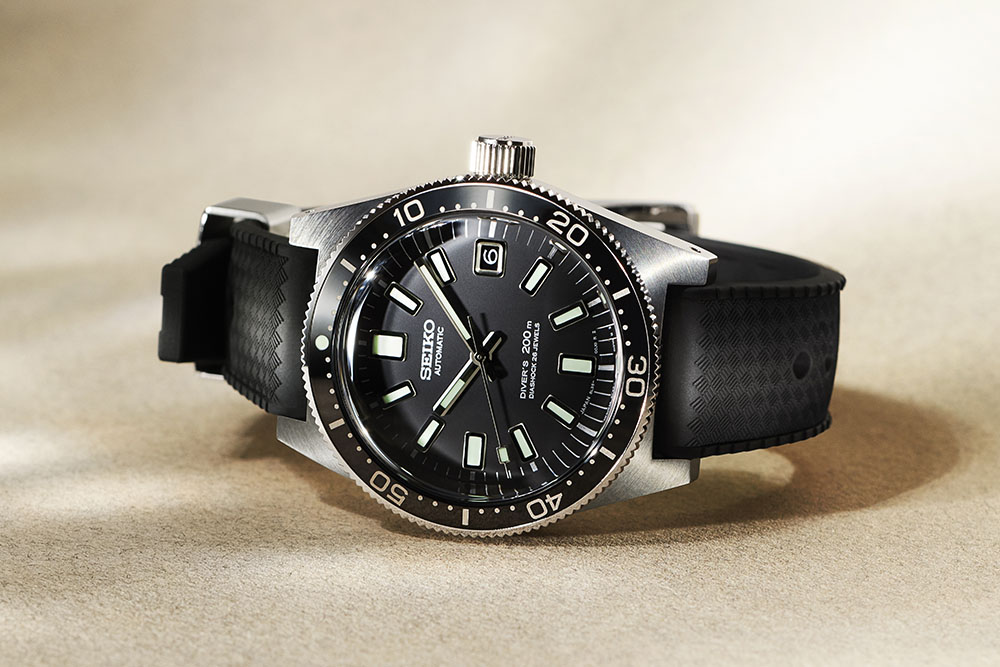 A unique collaboration between Tora-san and SEIKO has been realized by BEAMS JAPAN.

Beams with Tora-san? You may think that strange, but in fact, at BEAMS JAPAN, Tora-san has already collaborated with the “Otoko wa Tsuraiyo”, such as “Bespoke Dora Down”, and it has become a popular series that attracts attention every time. 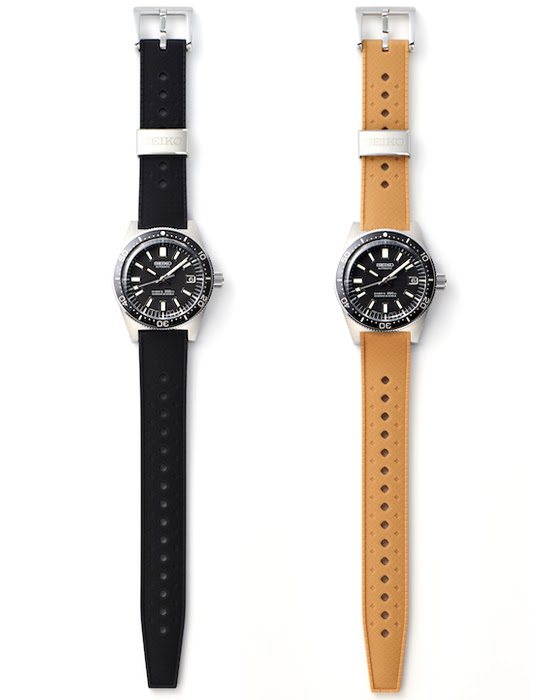 Do you know what kind of watch Tora-san wore?

While Tora-san travels all over Japan, “Otoko wa Tsuraiyo” causes a stir with Madonna and Shibamata’s family. Tora-san wore the first domestically produced diver’s watch “Seiko 1965 Mechanical Divers”, which was born in 1965, in the early works of this national movie.

Even though it is widespread in Japan, Tora-san is probably the only one who wears a Koikuchi shirt and matches it with Seiko Prospex with the check setup.

Until now, it was not officially announced, so it was in a state known to those in the know only, but for the first time half a century after the movie was released, a reprint model of “Seiko 1965 Mechanical Divers” appeared as a bespoke model of BEAMS JAPAN.

While reproducing the design of the time as faithfully as possible, the materials and internal movement have been updated to specifications suitable for modern high-end watches. 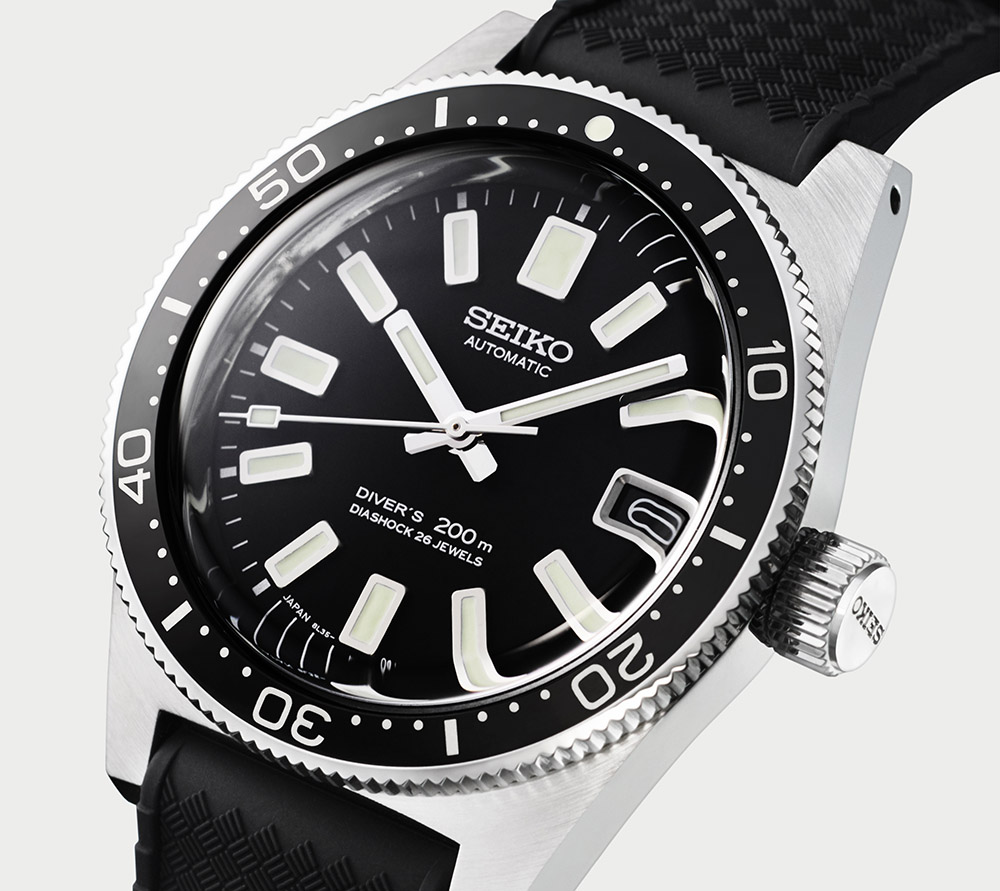 The gimmicks unique to this type of collaboration are everywhere to be seen, for example, the dial has been changed to a black dial inspired by the uplifting feeling when the inside of the movie theater is darkened. 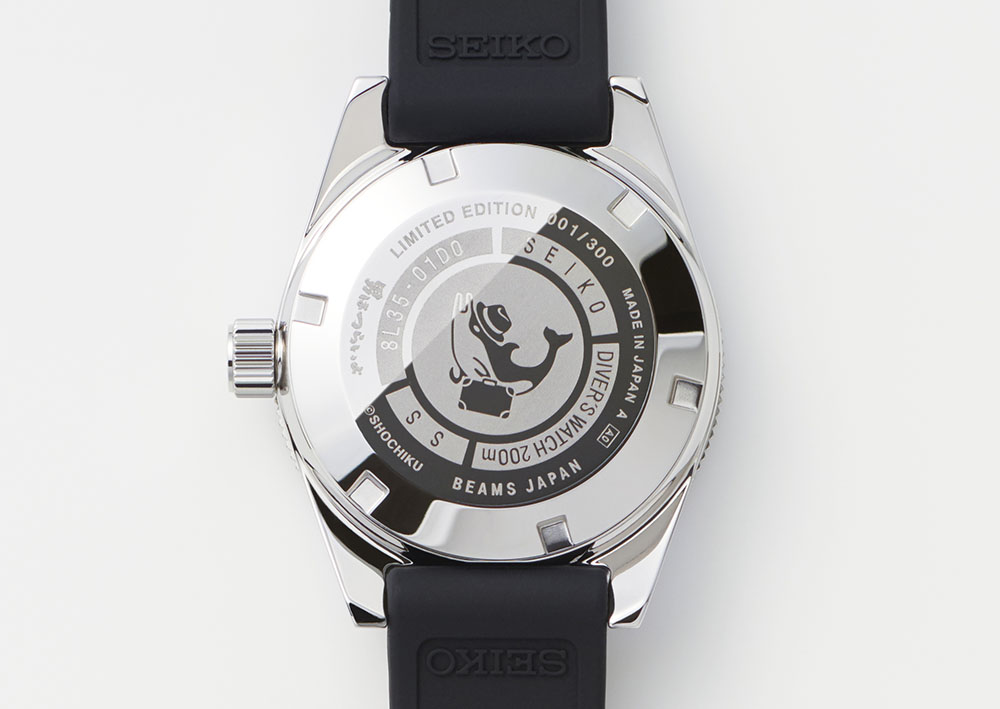 The screw back “dolphin mark”, which is a feature of First Divers, has a special design with Tora-san’s hat and trunk. 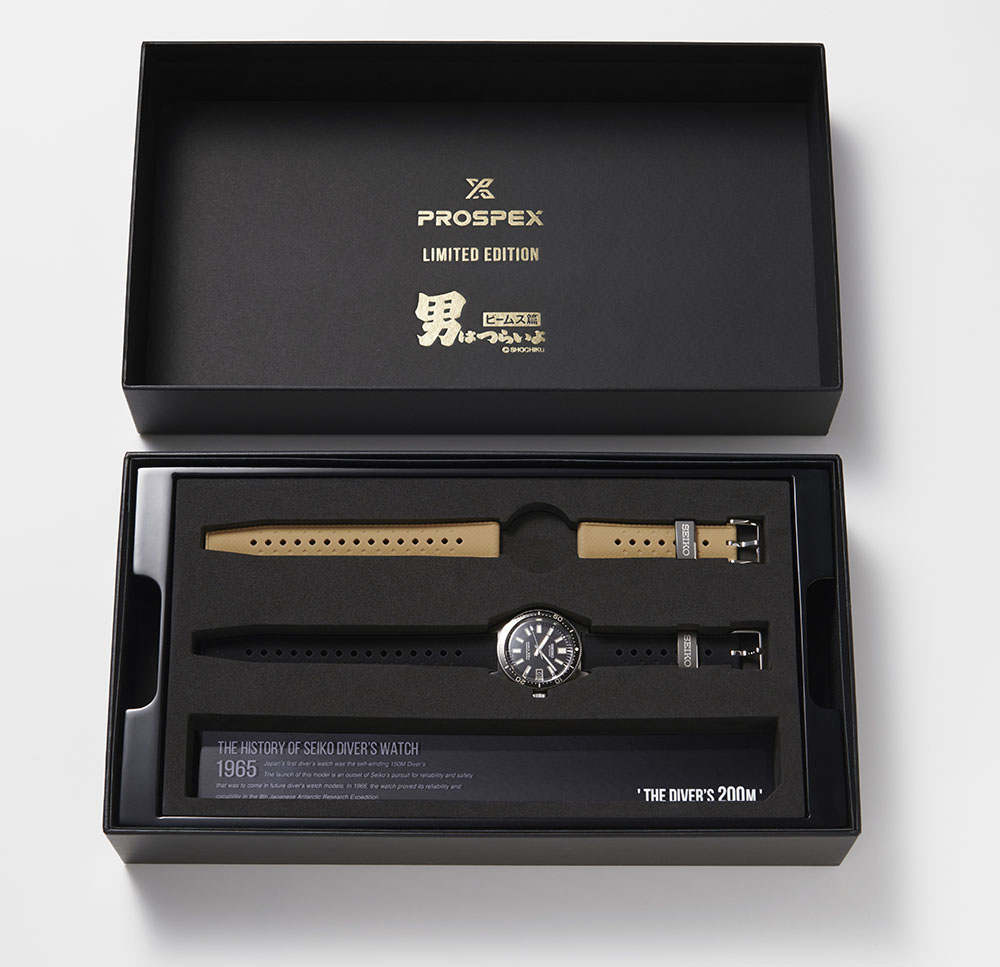 The band uses a reinforced silicon band that reproduces the design of the rubber strap that was installed when it was released in 1965 as much as possible. In addition, a replacement optional band that represents the beige setup that can be said to be synonymous with Tora-san is also included, and it is possible to change the band according to the mood at that time like Tora-san who traveled freely.

It will go on sale on November 20th, and pre-orders are being accepted at the BEAMS official online shop from October 1st. The serial number is limited to only 300 pieces.

Time accuracy: Average daily difference +15 seconds to -10 seconds (when worn on the wrist at a temperature of 5 to 35 degrees)

Glass coating: Anti-reflective coating on the inside