Already out of stock! A playful MA-1 born from a collaboration between Porter and Buzz Rickson’s. 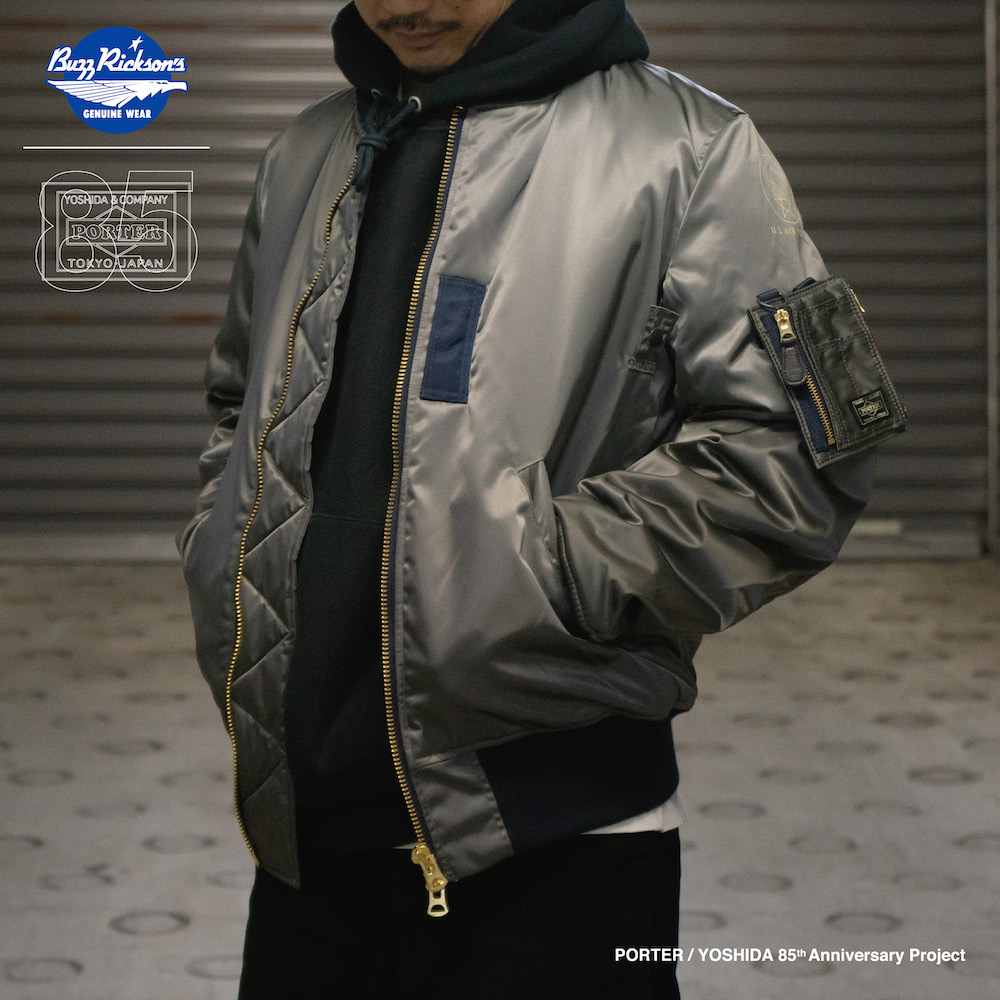 Yoshida Kaban, one of Japan’s leading bag makers, has celebrated its 85th anniversary since its founding. The recent PORTER Anniversary G-Shock, which was released to widespread acclaim from inside and outside the fashion industry, became a big topic, so another collaboration from Porter has been realized!

This time, a special “MA-1” has been created by collaborating with the domestic brand BUZZ RICKSON’S, who are famous for their flight jackets. 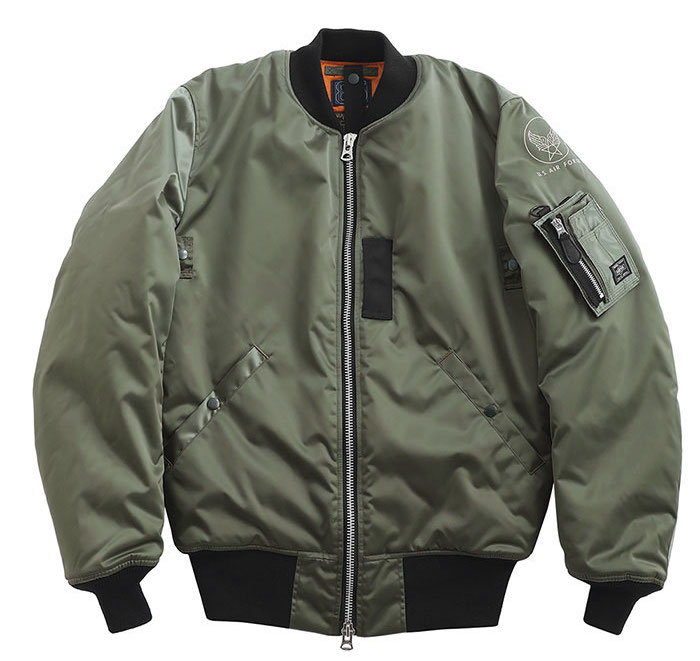 Speaking of the MA-1, it is an item that made the fabric used in the classic TANKER series popular and of course, it can be said that it is a big classic for Buzz Rickson’s who are known world wide for their flight jackets.

This jacket was completed by both companies that have a close relationship with MA-1 for some time. Based on the model reproduced by Buzz Rickson’s, the same items as the “TANKER” series are used for the front fabric, back fabric, fasteners, snap buttons, and attached tape, making it an interesting specification. 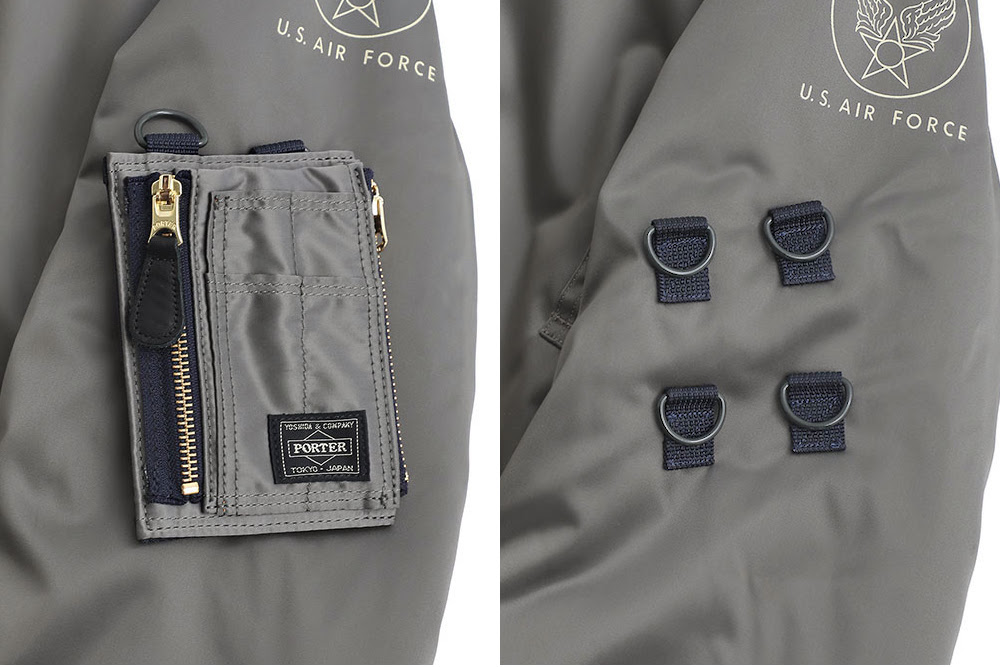 Of particular note is that the left-sleeve cigarette pocket, which is one of the features of the MA-1 icon, is finished as a removable wallet while retaining the conventional design.

There is a coin storage pocket, a zipper pocket that can store bills in half, and a card pocket, that has a thin gusset but excellent storage capacity. The effective use of pockets and storage space for your daily use items is very synonymous with Porter. 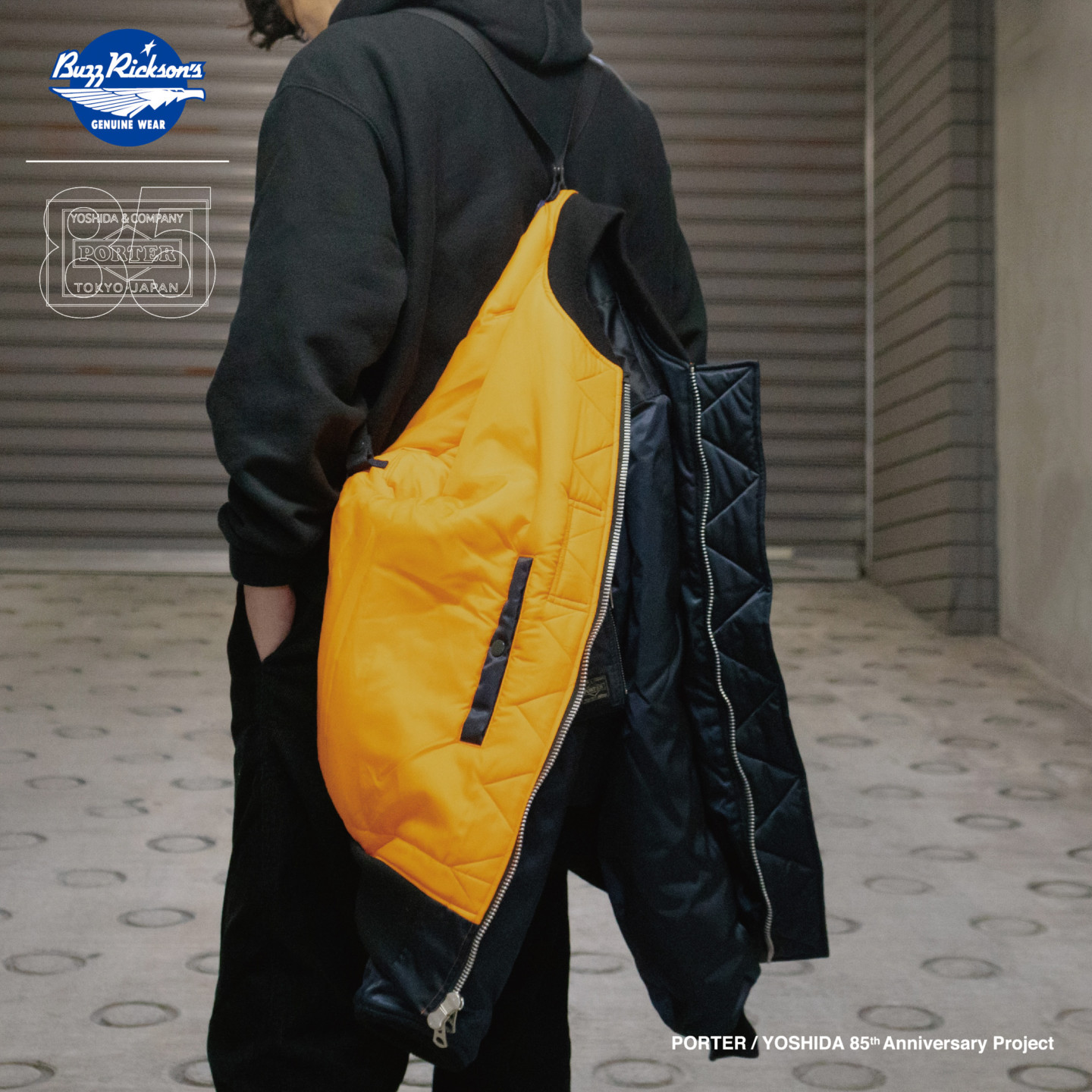 In addition, there are plenty of things to say, such as the straps that can be attached and detached like ski wear are arranged inside so that you can carry it on your back when not wearing it.

The Yoshida Kaban 85th Anniversary MA-1, which is perfect for being called an anniversary model, demonstrates the individuality of both a long-established bag and a prestigious flight jacket. It is on sale for a limited time at the following stores, but it seems that it is already out of stock in some places, so please purchase it as soon as possible!