A spring-style urban MA-1 with Ultra-lightweight ripstop fabric from Meanswhile! 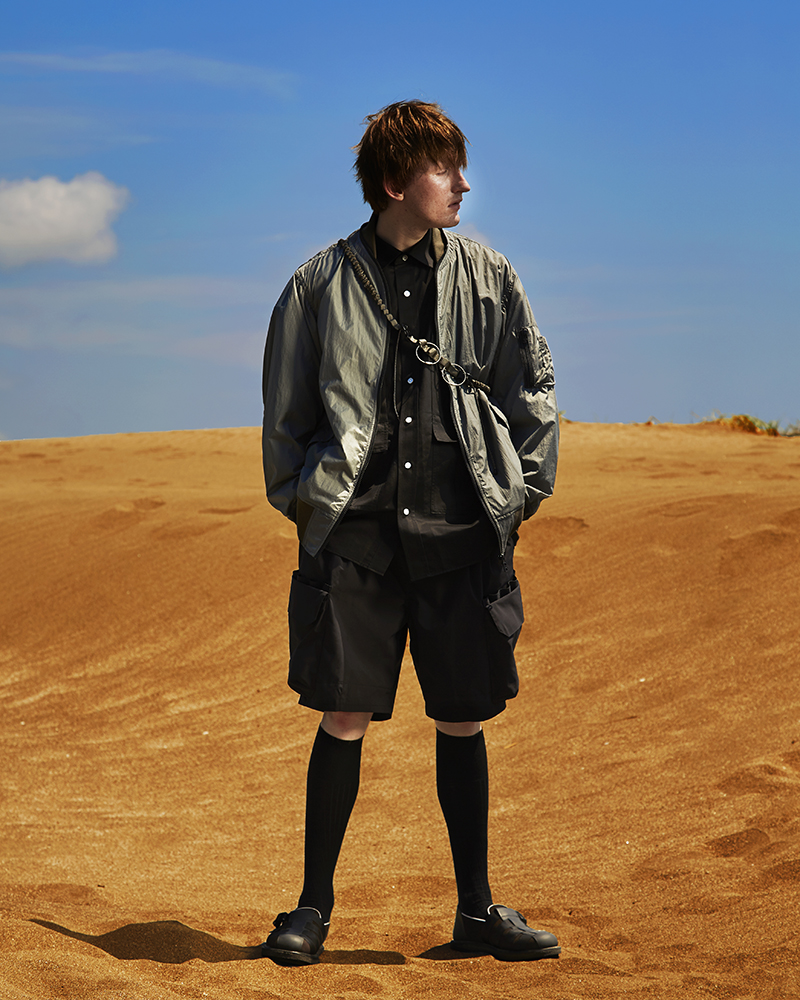 This season, items that skillfully combine military with outdoors seem to be in abundance. The collaboration between Abu Garcia and BEAMS, which I introduced the other day, and the outer collection of ALPHA INDUSTRIES to name a few.

I’m particularly keen about light outerwear that dispels the rugged atmosphere of military wear. The popular brand Meanswhile, has developed such a light outwear with a basis on military style. 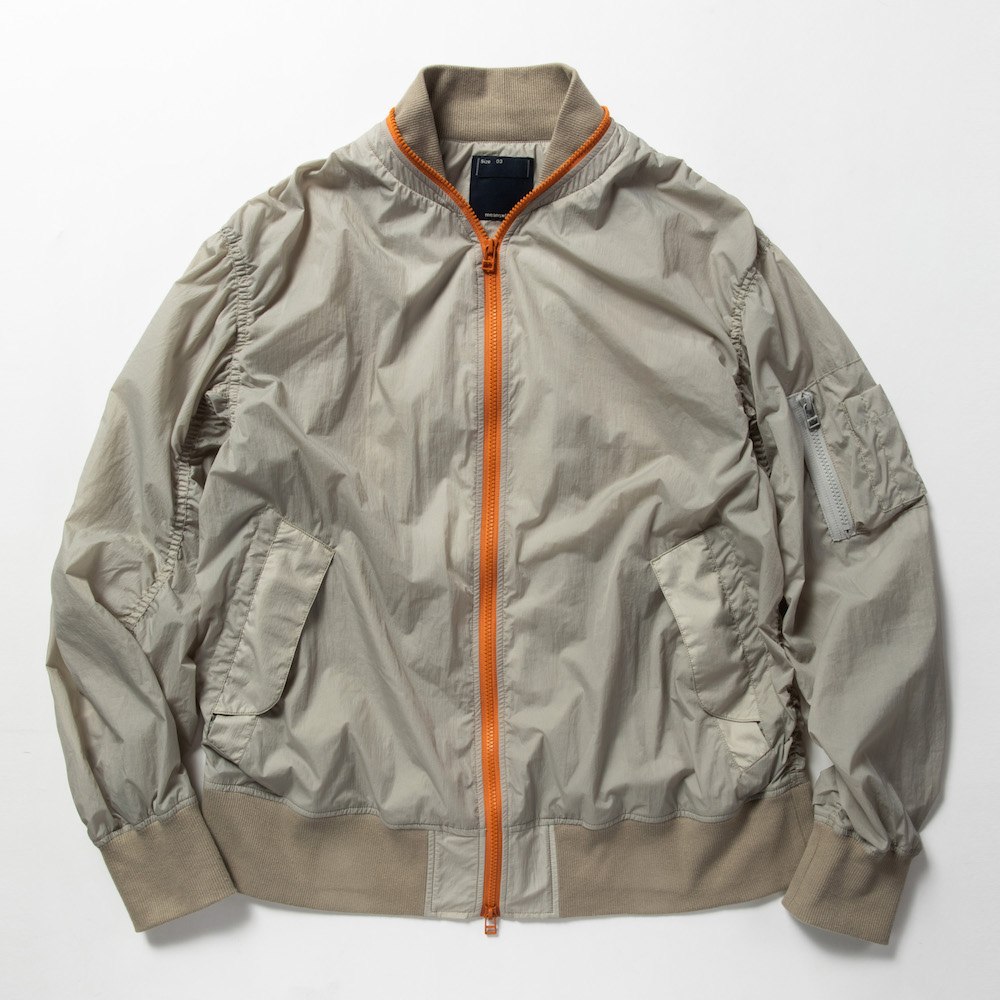 This is a model MA1 made using ultra-lightweight micro ripstop material. 20 denier ultra-fine nylon is used for both vertical and horizontal sides, and wrinkles are applied while leaving an appropriate elasticity with the back surface coating to make the surface expressive.

It is water-repellent and does not easily get dirty, so it can be great for using outside. I’m also keen about the fact that it’s so lightweight to the extent it doesn’t feel like I’m wearing it! 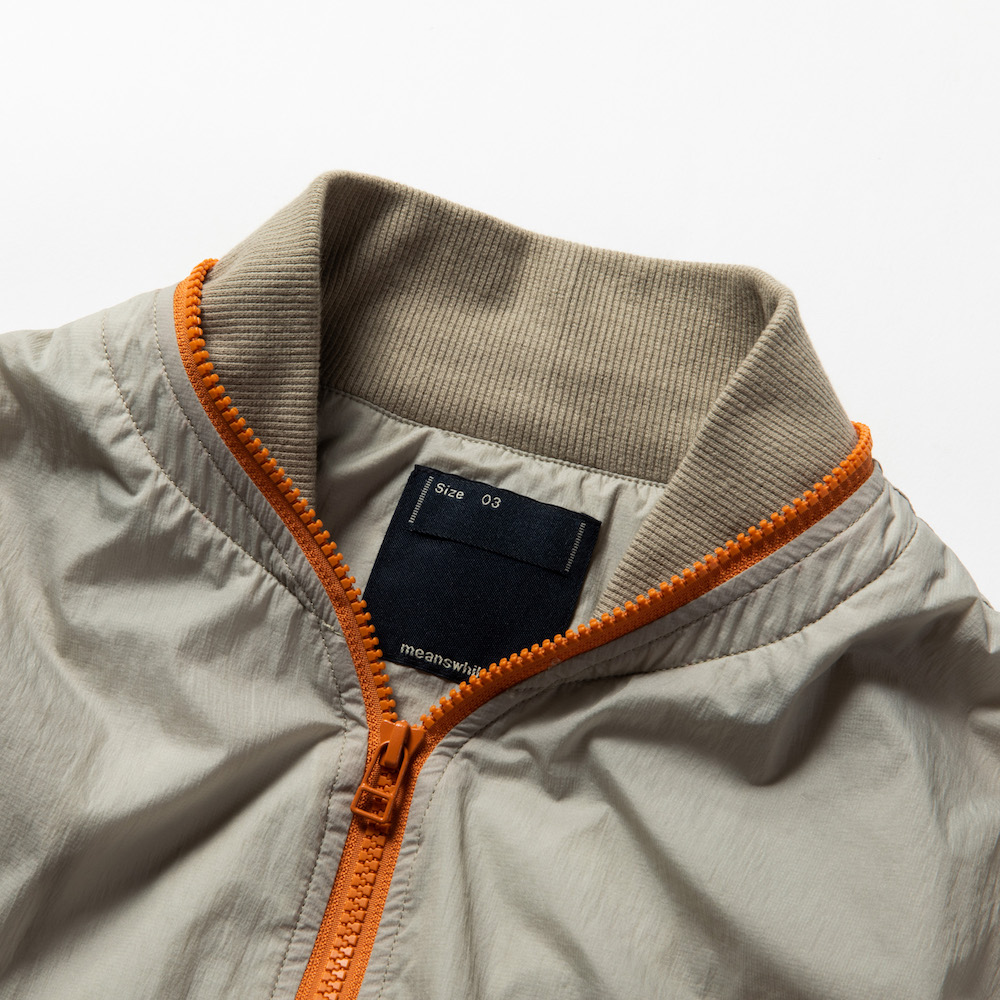 The combination of outdoor style with a subdued military coloring will likely make this a popular item this season.

The ruggedness synonymous to military wear can get in the way during the refreshing spring months. But I also want to wear clothes with outdoor-friendly functions as casually as possible. Meanswhile’s new work, perfectly fits this type of mold and gives a great balance between urban and military.