Introducing a unique G-Shock that will make you feel like you’re at a festival! The scene of nighttime music is reproduced with a laser pattern.

The renowned tough watch G-SHOCK has many domestic and foreign fans not only in the fashion scene but also in the world of music. Since the G-SHOCKS launch in 1983, they have continued to evolve in search of insatiable strength and now a model designed by popular graphic artist YOSHIROTTEN has appeared in the G-SHOCK range. Check out this new model that represents the music scene in Tokyo. 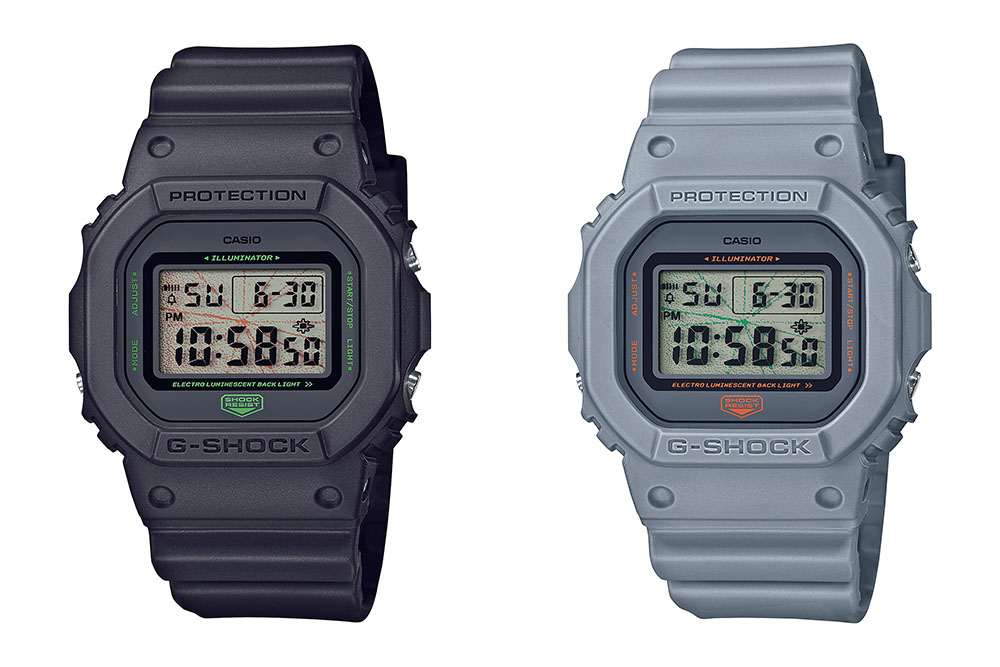 YOSHIROTTEN, who has worked on CD jackets for many artists such as m-flo, OKAMOTO ’S, and Tempalay, and has livened up the music scene in Tokyo, has chosen the theme of this design as “MUSIC → NIGHT → TOKYO”.

The “DW-5600MNT” is based on the rugged and retro-looking DW-5600, with green letters placed on the dark gray face, and an orange and green laser on the liquid crystal. It has an unusual design in which the laser pattern always appears even if the light is not turned on. 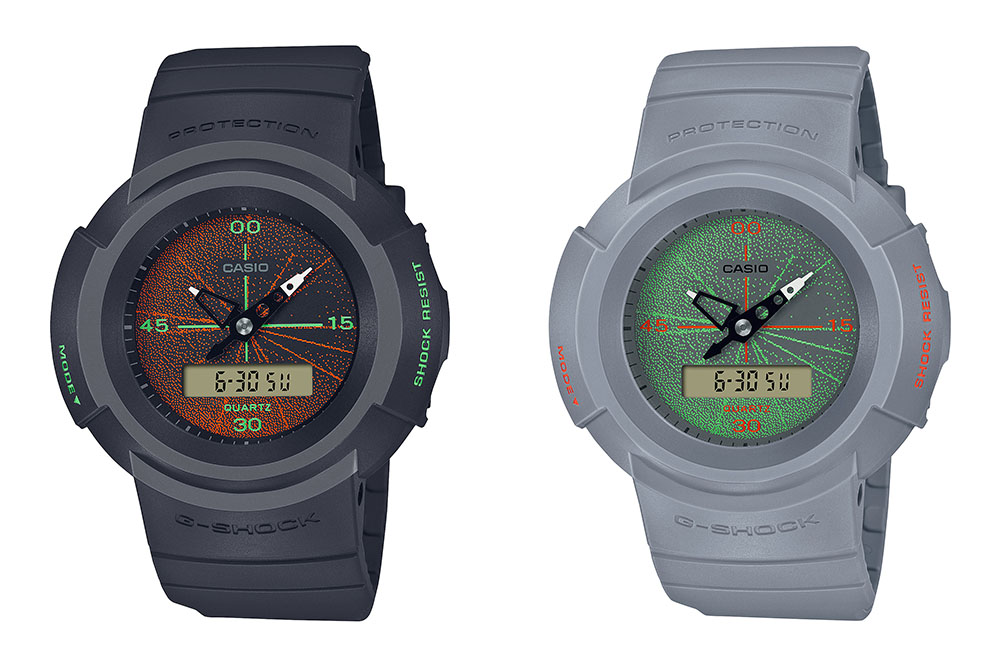 On the other hand, the AW-500MNT uses orange for dark gray and green for light gray to express the laser light on the entire dial. By adopting a simple dial that eliminates unnecessary information and a round silhouette with a perfect circle as a motif, the laser production is emphasized, and the whole face is supposed to represent the image of the night music scene in Tokyo.

For either model, the orange and green lasers will light up any dark club with its design that truly represents the night time music scene of Tokyo as well as all of the trusted functions that you would expect from G-Shock.