Mature single tone Timex watch. A limited edition for Japan that is a reimagining of a ’70s classic.

The popular model “Q TIMEX”, is a reproduction of the 70’s quartz model from the American watch brand TIMEX, and is now available for the first time in Japan. It features a monotone color scheme which makes it great for simple daily use. 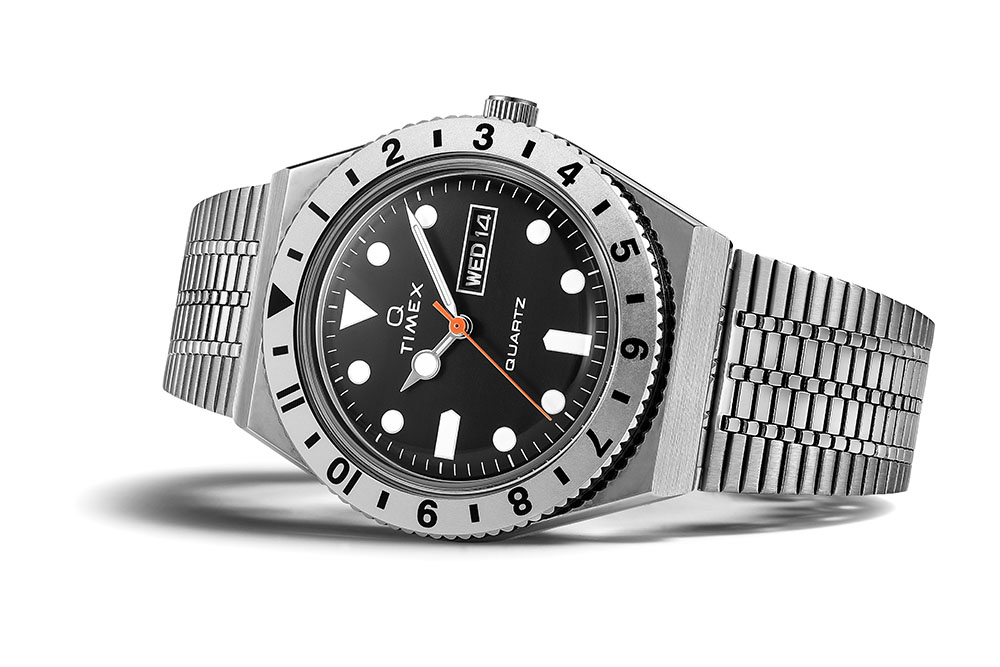 “Q Timex” is a series that faithfully reproduces the quartz model first announced by Timex in 1979. In 1979, the watch was in full swing from mechanical to battery-powered (quartz), and this model is equipped with state-of-the-art quartz movement and the acronym “Q” to signify this placed above the brand logo.

The rotating bezel with the so-called “Pepsi color” painted in red and blue was also a feature of the model at that time, and a reprint that faithfully reproduced this including the rotating bezel was released in 2019 and gained quick popularity.

And this time, Q TIMEX’s first Japanese limited model “Q TIMEX Japan Limited Edition” has appeared. This model has been reborn with a simple and modern look based on a monotone color scheme while keeping the original base design and size. 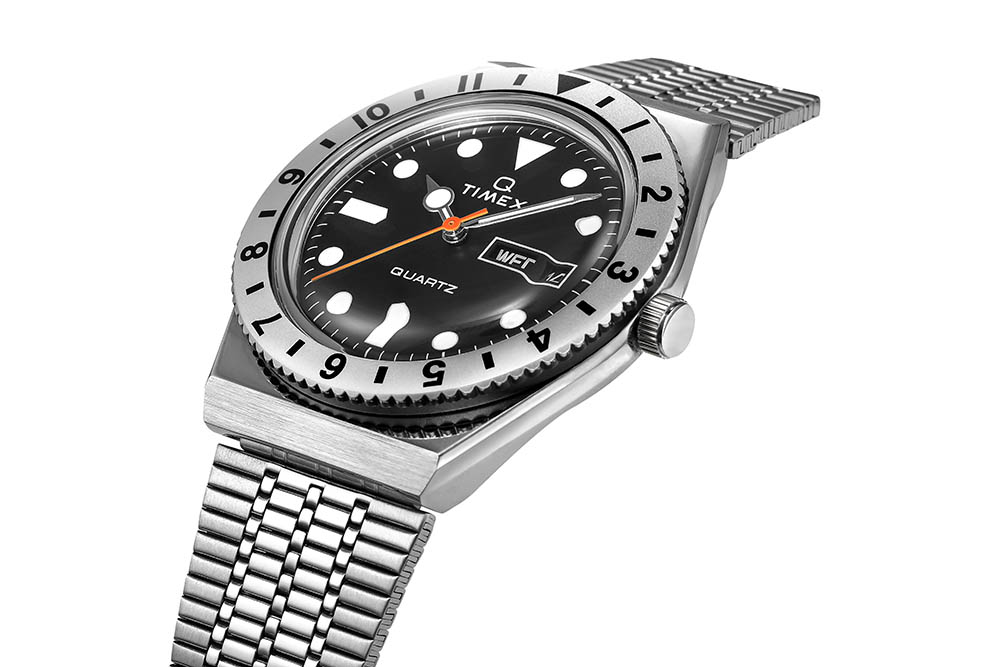 The bezel is simple and the single tone helps balance the visibility and looks. The side is anodized and finished in jet black, for a masculine look. The jet-black dial has a white phosphorescent index, and its visibility is outstanding.

The orange second hand, which provides an accent, is used for the first time as part of the Q Timex. This gives it a sporty impression, and it is also a good point that it is not too chic even in monotone.

The DNA of the Q Timex is kept as it is, and it is finished as a Japanese limited edition model with a look that is easier to incorporate for daily use.

The general release is scheduled for September 24, 2021 (Friday), but it has already been released in advance at the Timex official online store and Amazon.