A pilot watch from the prestigious German brand “Sinn” is made exclusive to BEAMS.

FASHION
10 months ago
by GO OUT

German watch maker Sinn is popular for its simple and classical pilot watches. German pilot Helmut Sinn began making watches for pilots in 1961, and the high-performance watches are still widely used by professional pilots, and also by watch lovers and military fans. A special collaboration between Sinn and BEAMS has been completed.

“Sinn 356. FLIEGER BEAMS 45th” is limited to only 100 chronographs produced to commemorate the 45th anniversary of BEAMS.

This is the fourth collaboration between BEAMS and Sinn, and this time it is bespoke based on the popular “356.FLIEGER” which is a classic pilot watch reminiscent of the 1940s. Flieger is a famous German pilot, and the pilot watch features a compact and lightweight case with a diameter of 38.5 mm, while having all the specifications required for a military watch such as impact and magnetic resistance.

The index in fluorescent yellow is the same as the past three collaborations and is designed in the image of the NATO army’s cockpit chronograph dial for euro helicopters. Not only does the contrast between matte black and yellow improve visibility, it also has a simple and stylish finish. 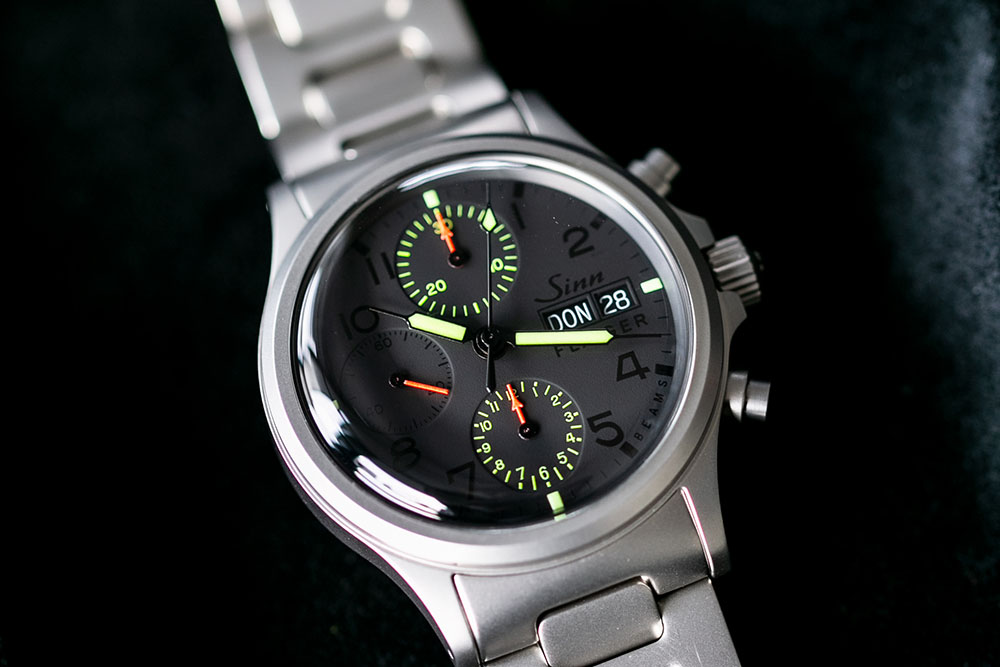 One of the key points of the collaboration model is that the logos of both brands are included, but this time the letters “BEAMS” written at 4 o’clock to 5 o’clock and the “Sinn” logo mark on the day-date display are hidden letters, making this a very interesting design.

Also, the belt can be replaced with stainless steel and integrated cow leather depending on the time and place. 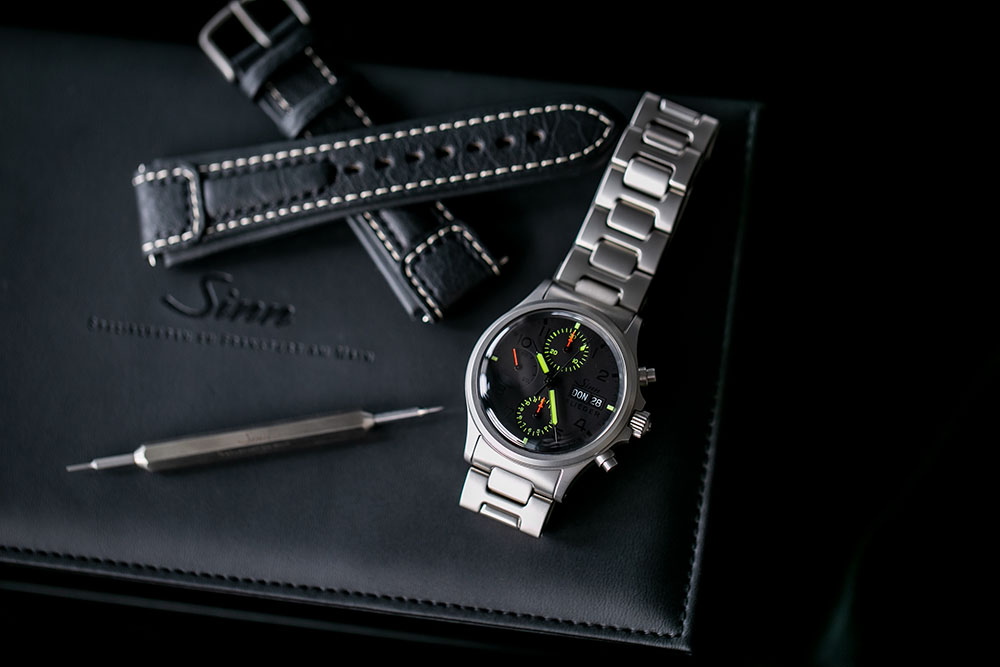