F / CE. and Wrangler collaborate for the first time! A sophisticated collection of modernized Western classics. 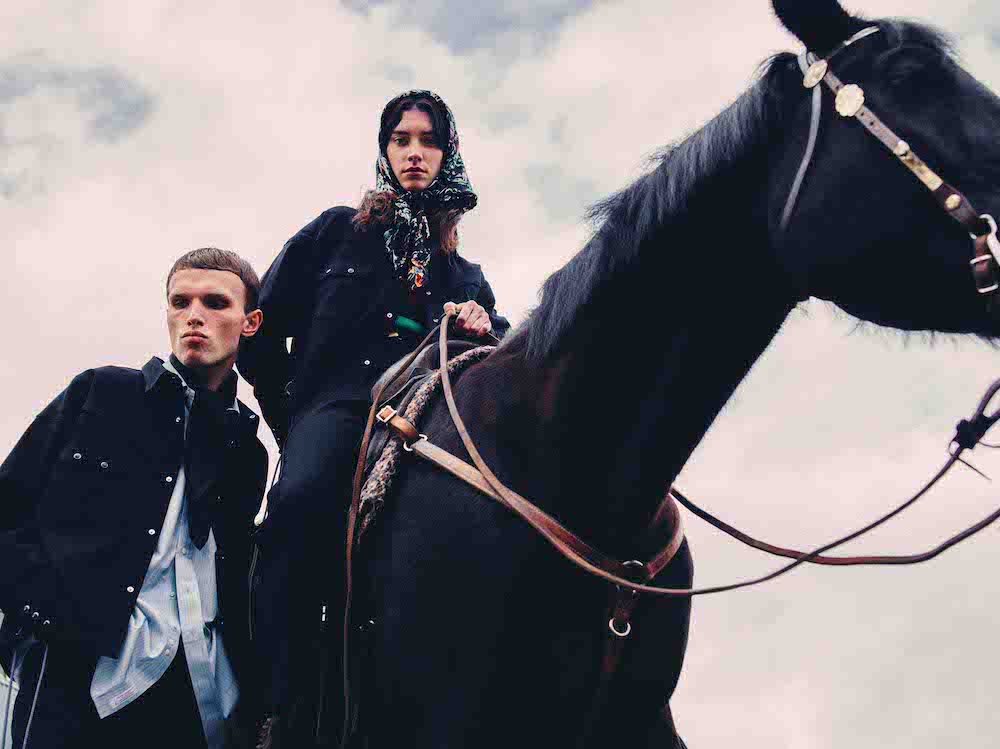 A collaboration between “F / CE.”, which develops functional and high-quality clothing and bags based on contemporary fashion, and “Wrangler,” a jeans maker born in North Carolina, USA in 1947 has been realized.

For this collaboration, the base design is Wrangler’s long-selling classic western shirt that was loved by many cowboys, released from the 70’s to the present day, and the “77 MWZ BOOT CUT” denim made in the same age. 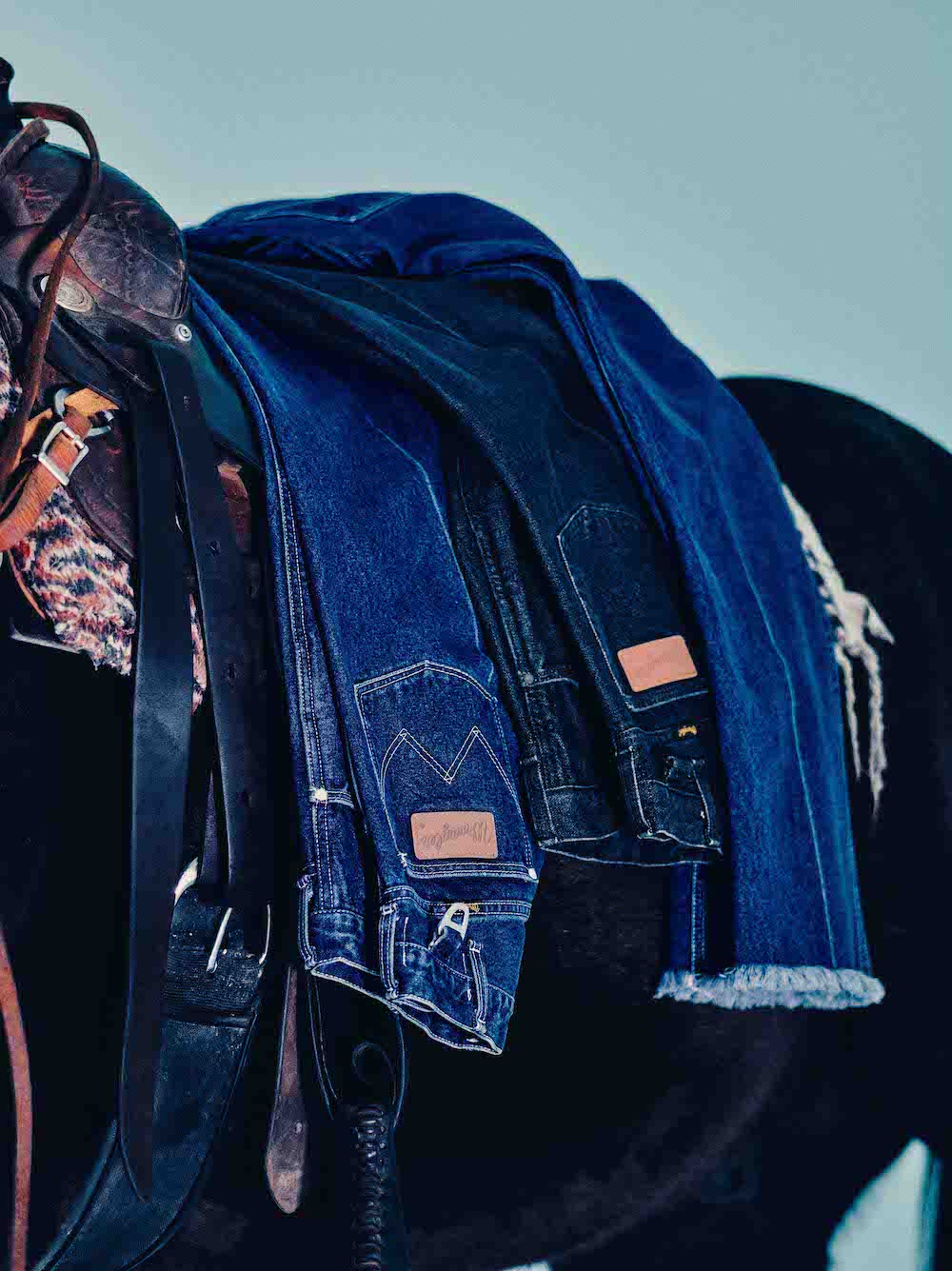 The bases for the collection are the “Wrangler Wrancher Dress Jeans” which feature a center press, and has often been proposed as a dress-up style for cowboys and is called a classic of Wranglers back catalog. And a western style shirt jacket that does not exist as part of their original lineup but is made to be worn in the town as a set up with the pants with patterns and elements of F / CE.’s design incorporated. 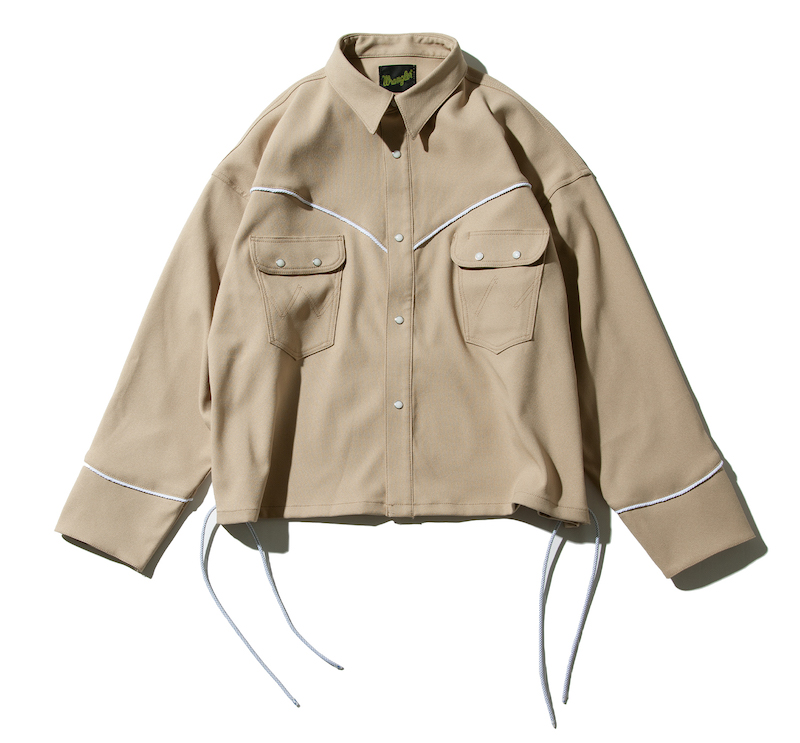 The shirt jacket featuring a Western York style. Although it does not exist in the original lineups, it is an item that has been incorporated for town use while being associated with the Western jacket item that was released at that time. It has been designed with a short length drop shoulder and oversized silhouette. 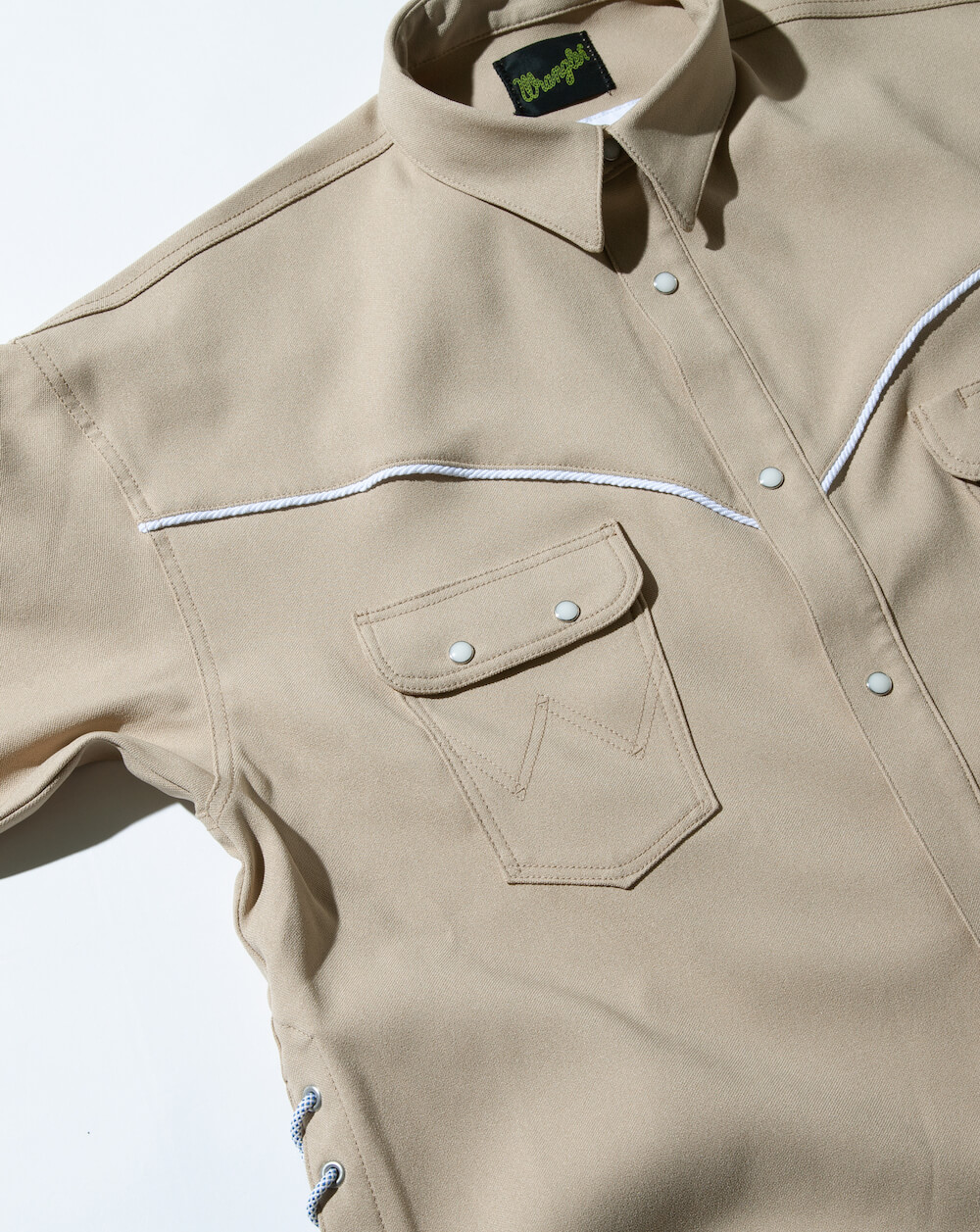 They have changed the chest pocket to a Wrangler cowboy jacket design. The lace-up on the side is also one of the design points reminiscent of the old western theme. Rope piping is used to create the image of a rope logo decorated around the Wrangler logo. 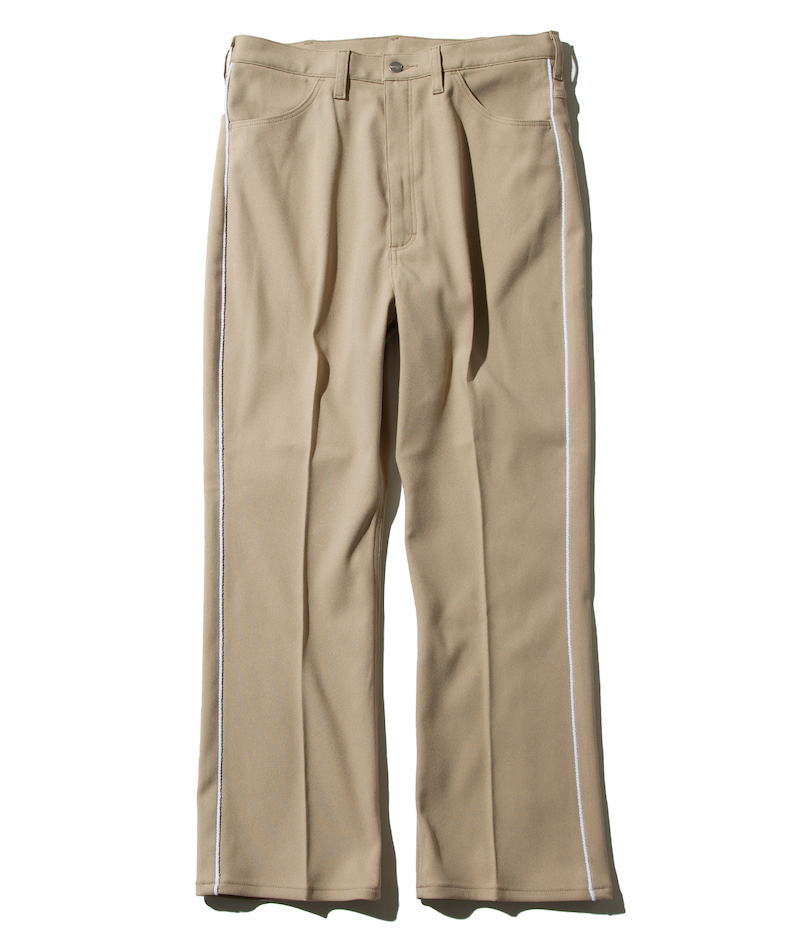 Based on Wrangler’s classic “Wrangler Wrancher Dress Jeans” developed as a cowboy dress-up style, this time with rope piping incorporated with the image of the rope logo decorated with the Wrangler logo on the side seam. 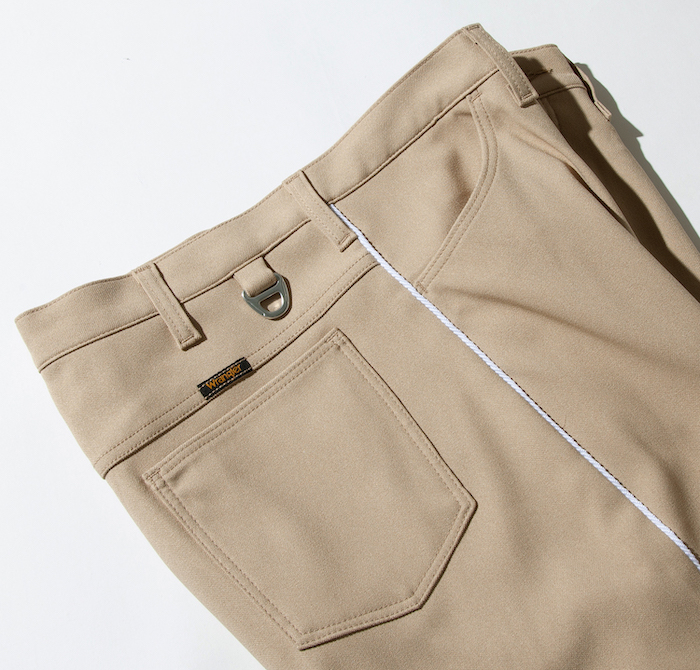 The in-line silhouette has been increased by one size around the waist and hips, and the top has been lowered by 3 cm to recreate the original feel. In addition, it uses the SOLOTEX material, which they are working on as part of their performance uniform line, and is elegant and functional. 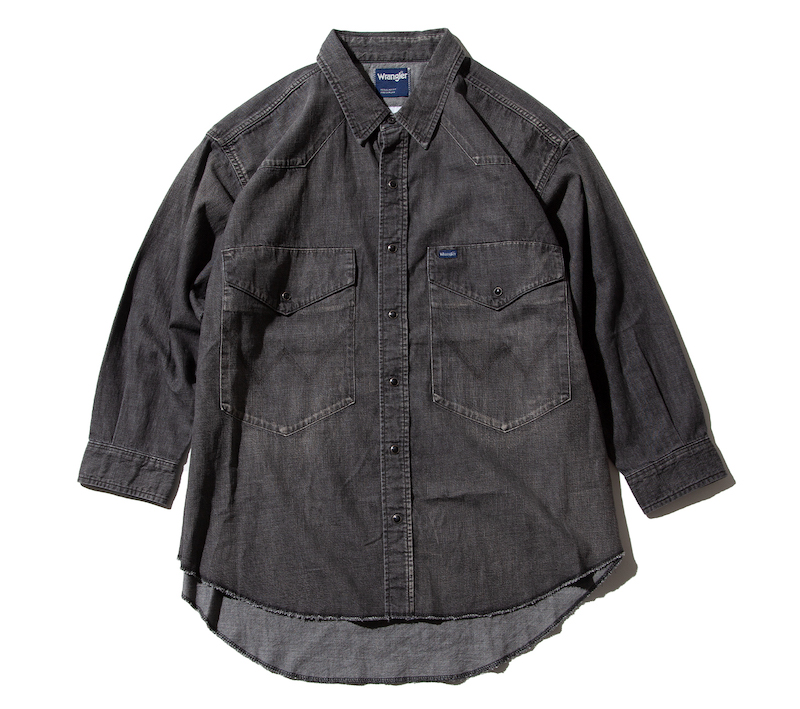 The 127MW is released as a successor model to the 27MW. A long-selling model that was first released from around the 70’s to the present day, is a classic western shirt that is used by many cowboys. Features include front and rear yokes, a silent W on the chest pocket, flap pen difference, and pearl buttons. 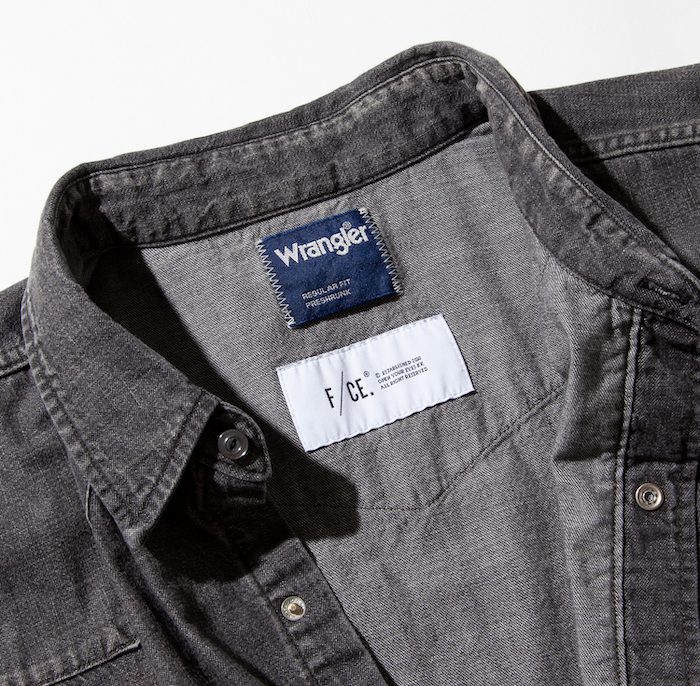 For this bespoke collection, the fit is newly created by F / CE., and the chest flap and cuffs are arranged according to the interpretation of F / CE’s design principles. 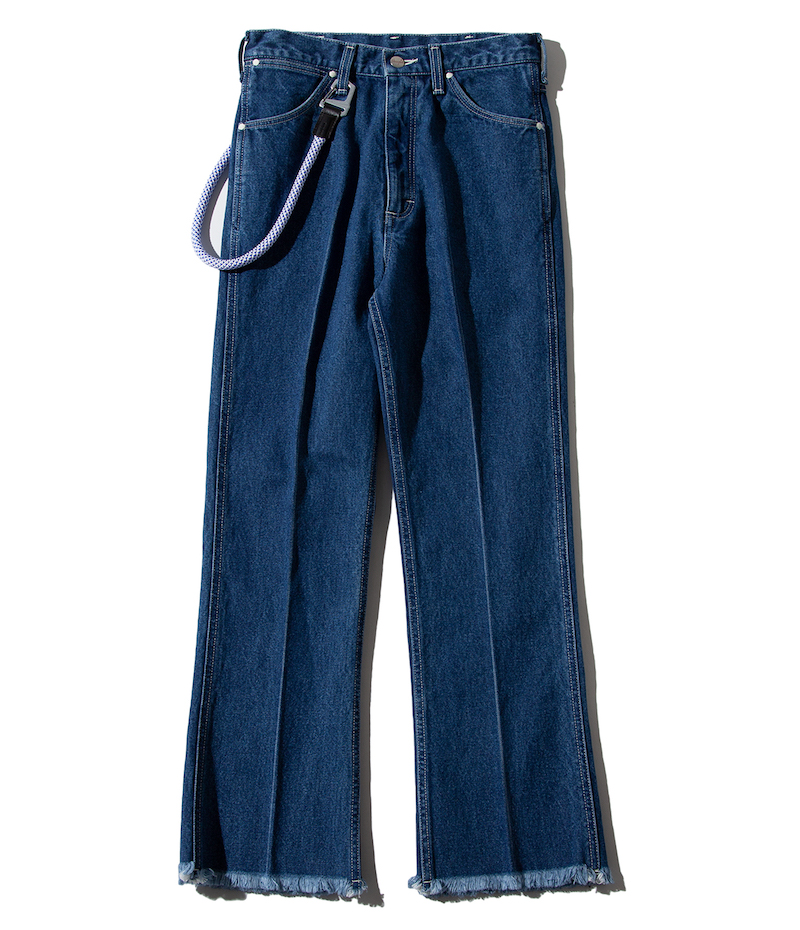 The base design is the 77MWZ BOOT CUT released around the 70’s. For this bespoke order, the “Marcandome”, which is the key design detail of the jacket, is used to reinforce the pocket opening. It has been updated by F / CE.’s interpretation, such as the bleeding hem and the use of a D-can. 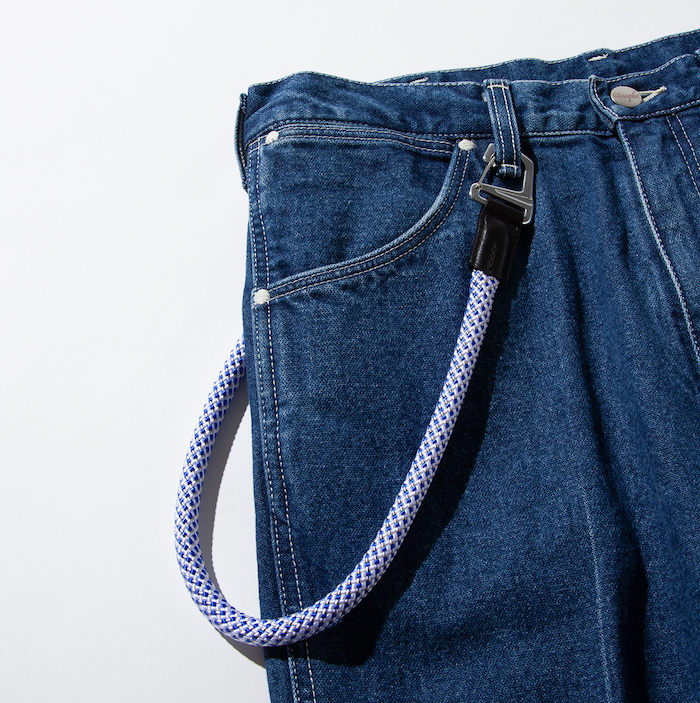 By wearing the original 13 ounce broken denim developed by Wrangler, you can enjoy the color fading unique to broken denim, but this model is USED processed to give a realistic feeling of reproduction.