Crocs shining in the dark emitted by the popular Chaos Fishing Club. A playful triple collaboration created by BEAMS.

With the concept of “I’ll do it eventually?”, the skating brand Chaos Fishing Club from Tokyo, which is attracting attention from all over the world, and Crocs, which develops daily wear footwear. Both parties collaborated at the call of BEAMS T.

The original character Jibitz is featured on the phosphorescent sandals. 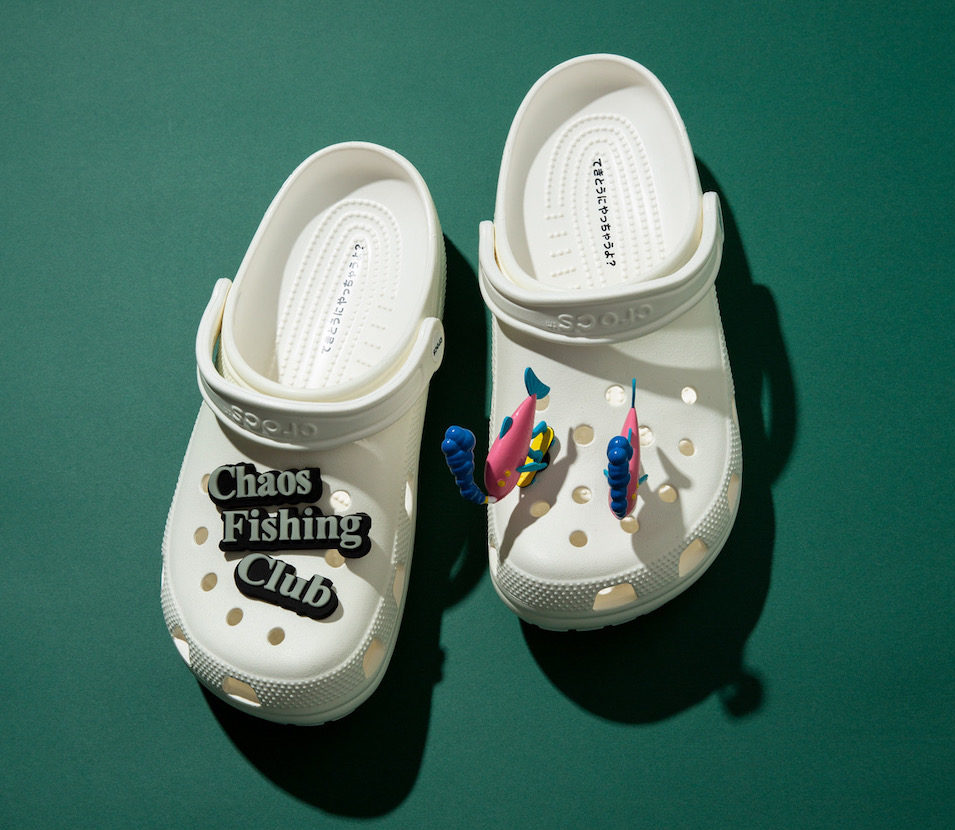 The Classic Clog, which can be said to be Crocs’ representative model, has been changed to a glow-in-the-dark spec, and the included Jibitz has become the first 3D Chaos Fishing Club character, “Oo-kun”. The shoe box is also an original special product. 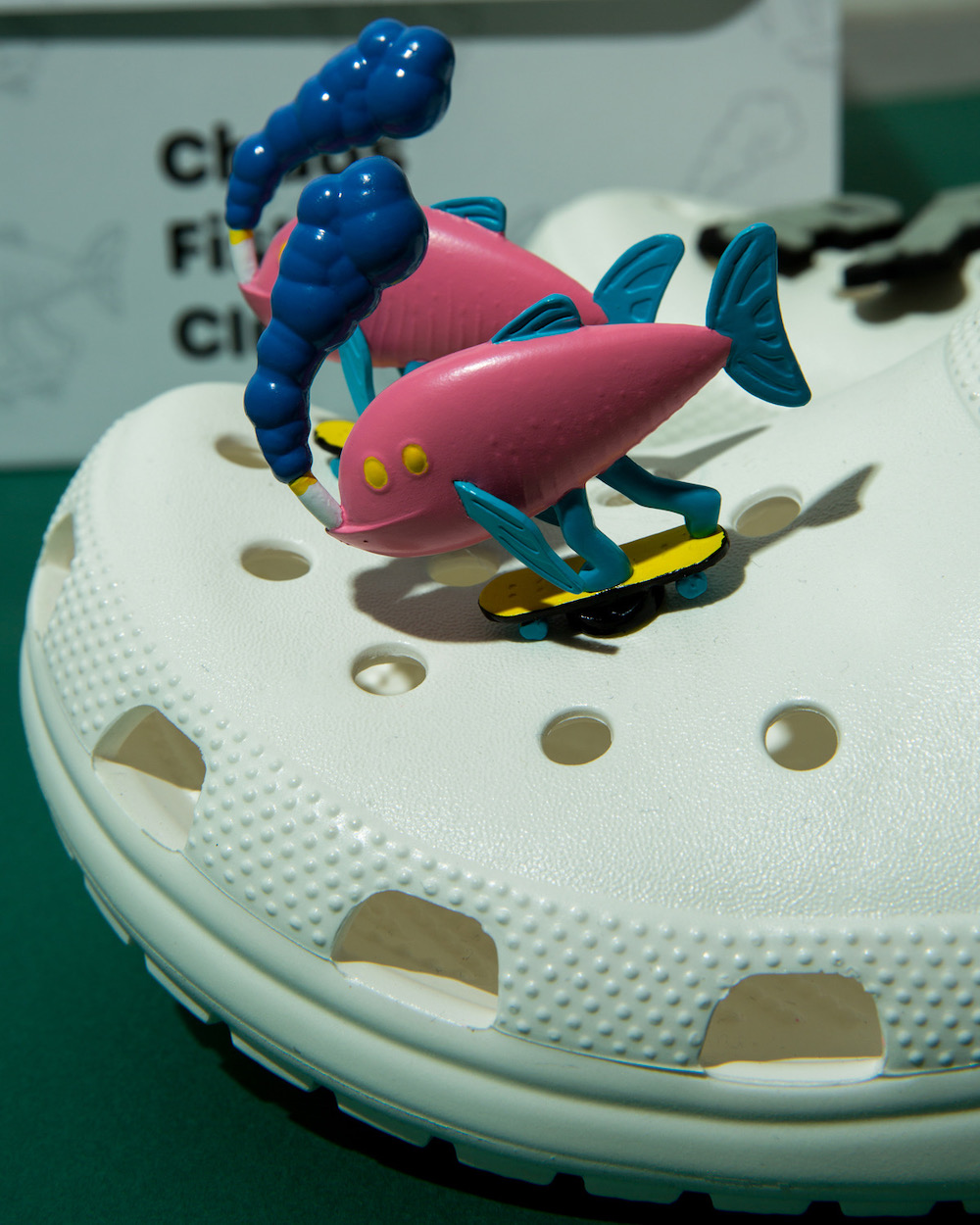 To commemorate the project, they have also released bespoke items of Chaos Fishing Club and Beams T. Introducing T-shirts and socks, both of which are linked with the classic Clog, such as a luminescent print and logo. You can wear them separately or style them as a set. 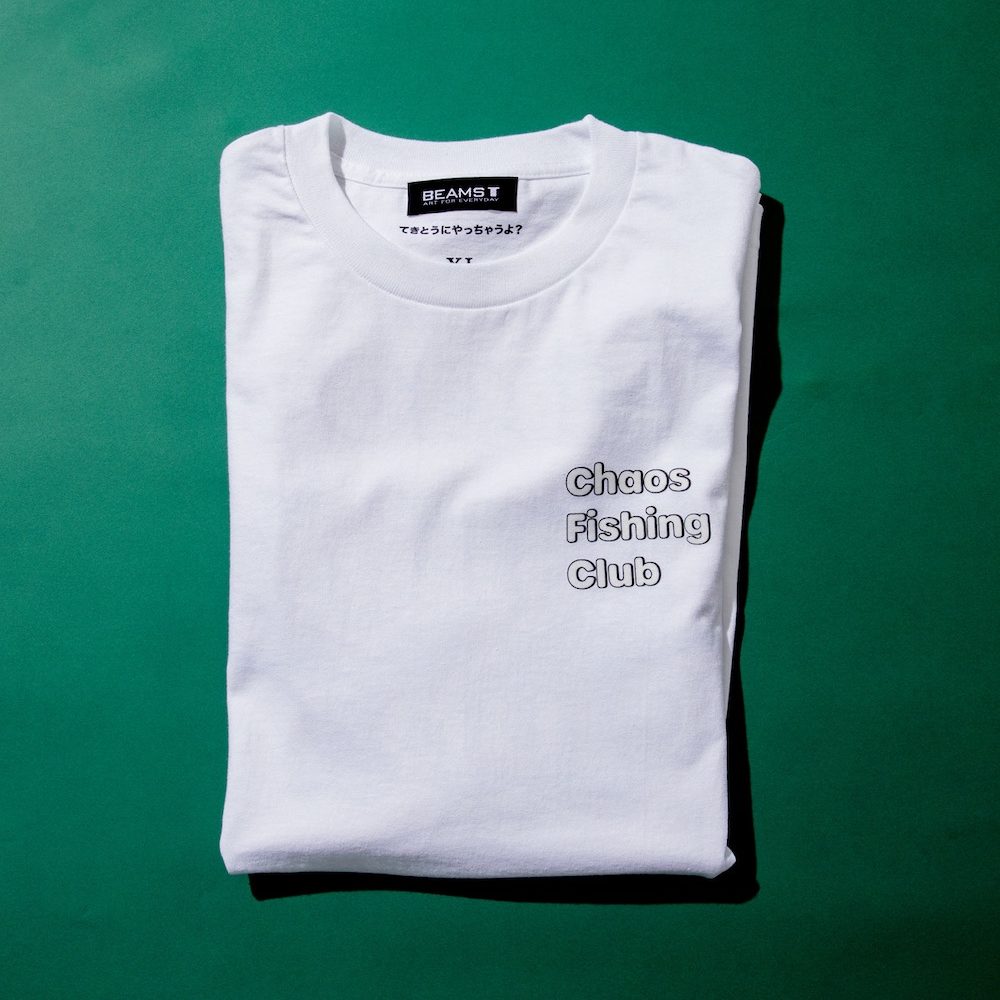 This is a topical work that combines Japan’s leading T-shirt makers with the up-and-coming young guns that stimulate lovers of both skating and fishing. It will be available on the BEAMS official website and BEAMS T stores from May 30th (Sat). Don’t forget to check out these items for both skate and fishing fans!