“Nigel Cabourn” is a modern expression of the vintage world and “Maison Mihara Yasuhiro” is one of Japan’s leading brands. Their 4th collaboration, which has been born out of a friendly relationship that spans over 10 years, has been released.

In addition to the iconic sneakers of Maison Mihara Yasuhiro, a new model with running shoes as a motif has appeared. 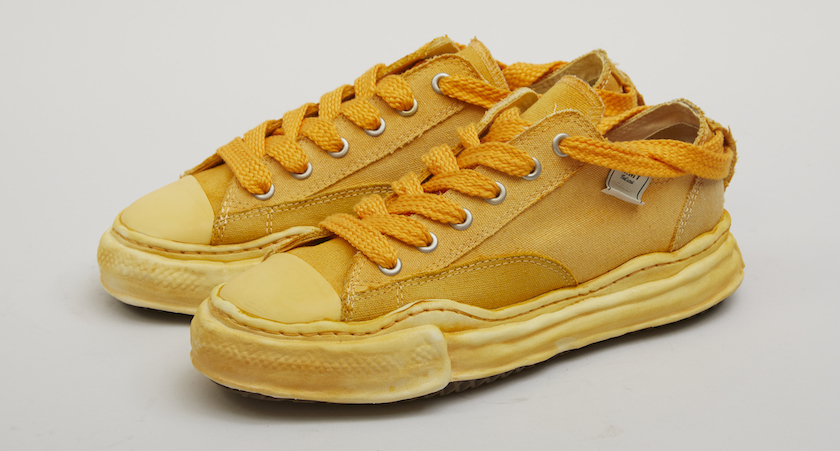 Based on the low cut of the standard model, spray painting is used after the shoes base is completed. After that, the paint is blown off, creating a three-dimensional unevenness and creating a vintage-like appearance. The EVA made sole is sewn so that it covers the upper, and the robust Opanque method is used.

The lineup includes orange, ivory and gray colors. The heel loop is embroidered with a broad arrow motif that indicates that it is a British property. It is designed to be worn by wrapping a shoelace of the same color as the upper. 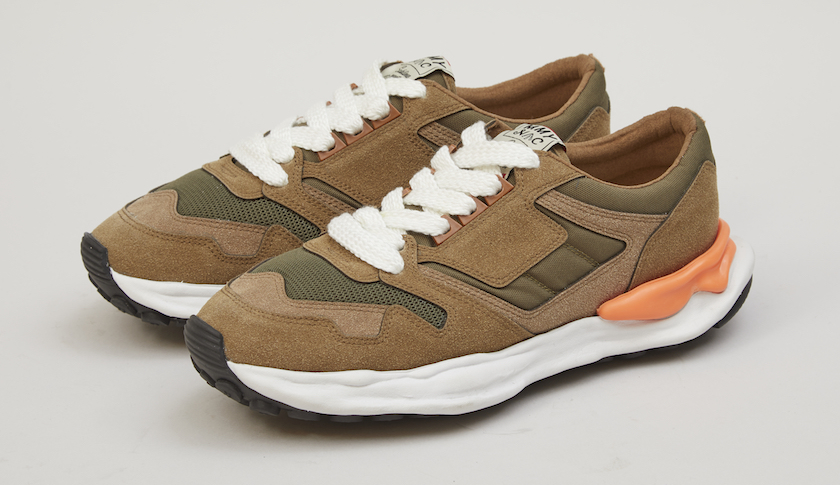 The British military training shoes of the 1990s are the design source. The prototype of the sole was made using clay. It has a unique shape that cannot be designed via CAD and looks like it has melted. 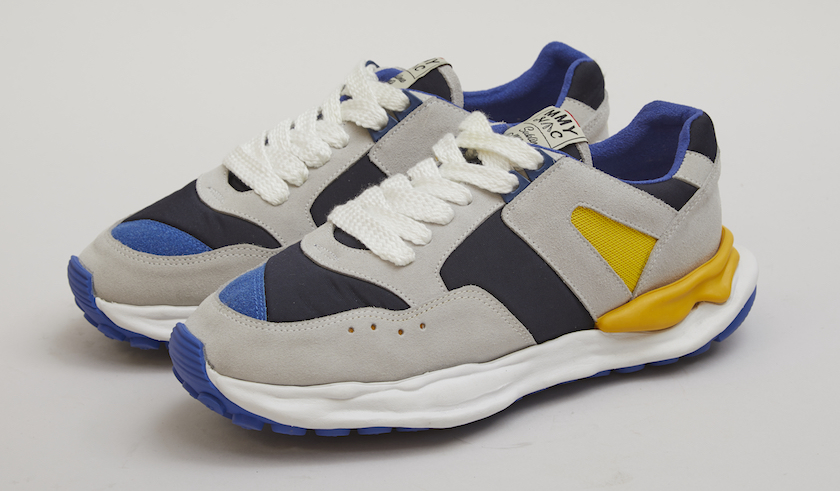 This is inspired by French training shoes from the 1990s. By the same manufacturing method as the “U.K. SNEAKER”, it is designed as an organic shape that is not mechanical.

Despite being an industrial item called sneakers, the elaborate design and collaborative model with a sense of craft will be released in late August.