The collaboration between ELNEST CREATIVE ACTIVITY and the well known KEEN will celebrate its 10th anniversary. Until now, Elnest has brought color to the feet of outdoors adventurous by combining Keen’s functional footwear with unique designs.

To commemorate this milestone they have adopted the famous “Ashikaga Gyodosan Kumono Kakehashi” motif by Ukiyo-e painter Katsushika Hokusai. 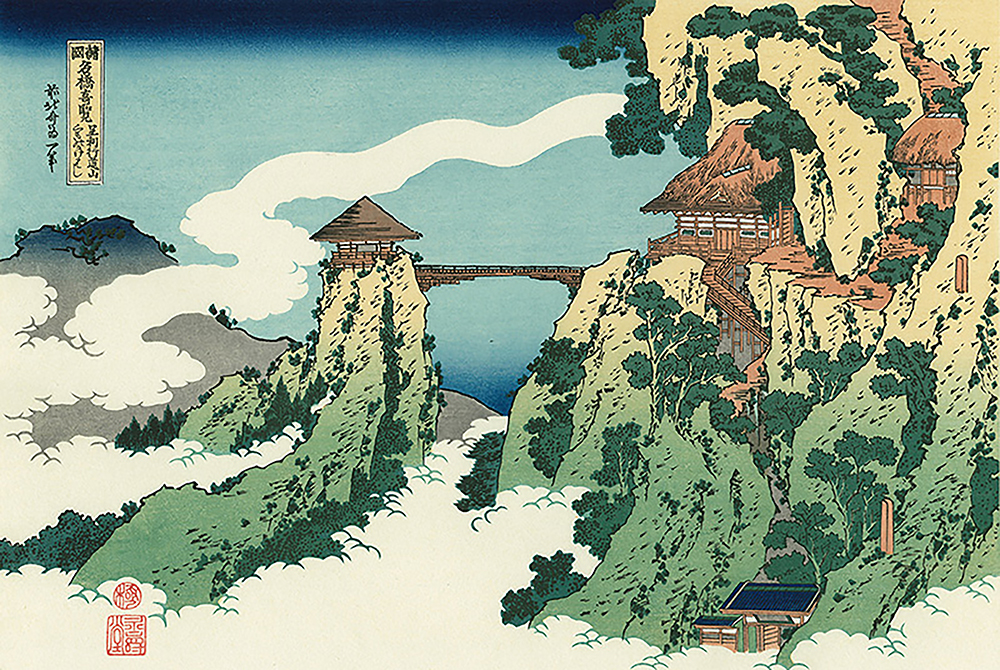 A lot of attention is paid to the vivid and deep colors of Prussian blue, which is the most characteristic color of this ukiyo-e, and the expression of the traditional color patina, which is indispensable when it comes to Japanese art. 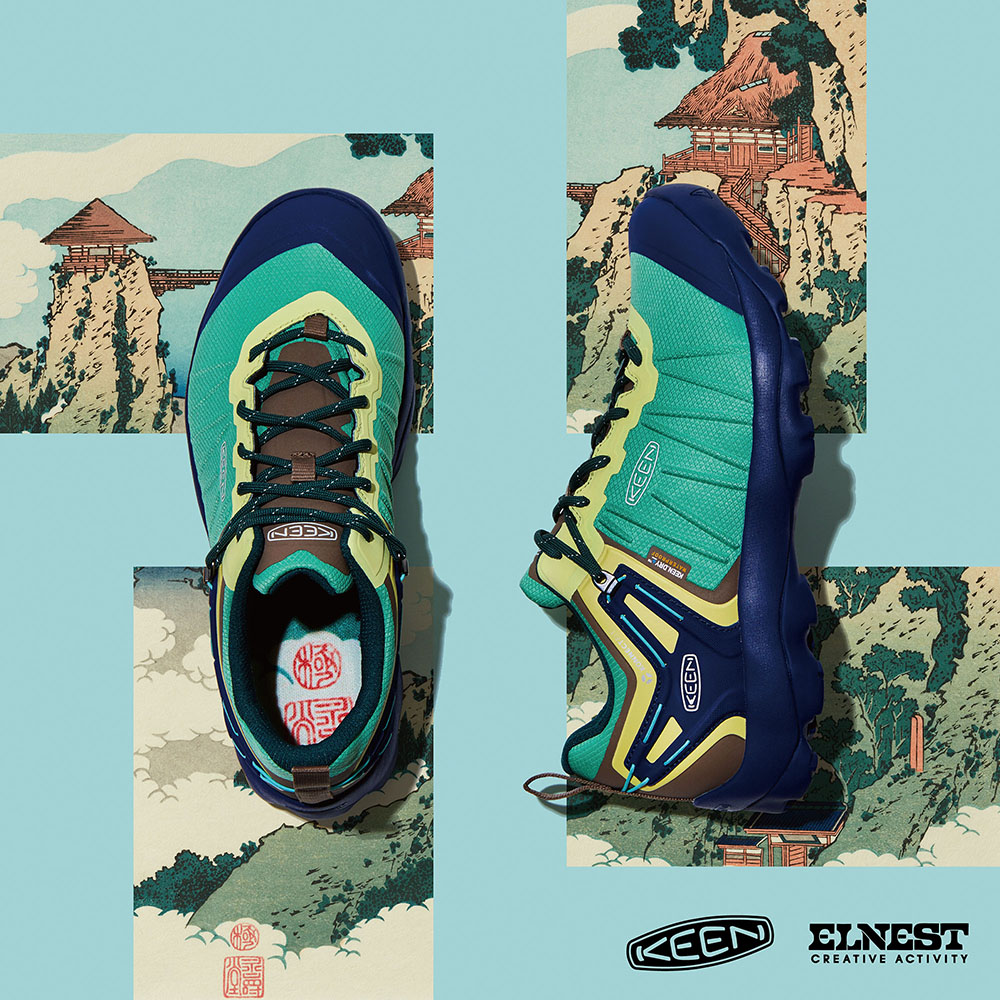 The upper of the trekking shoes “Venturer Waterproof” features traditional Japanese colors such as Tang light yellow on the mountain surface, Tang tea in the tea room and Mido, and the dew grass color in the sky. A piece of Ukiyo-e and Hokusai’s seal are printed on the footbed. 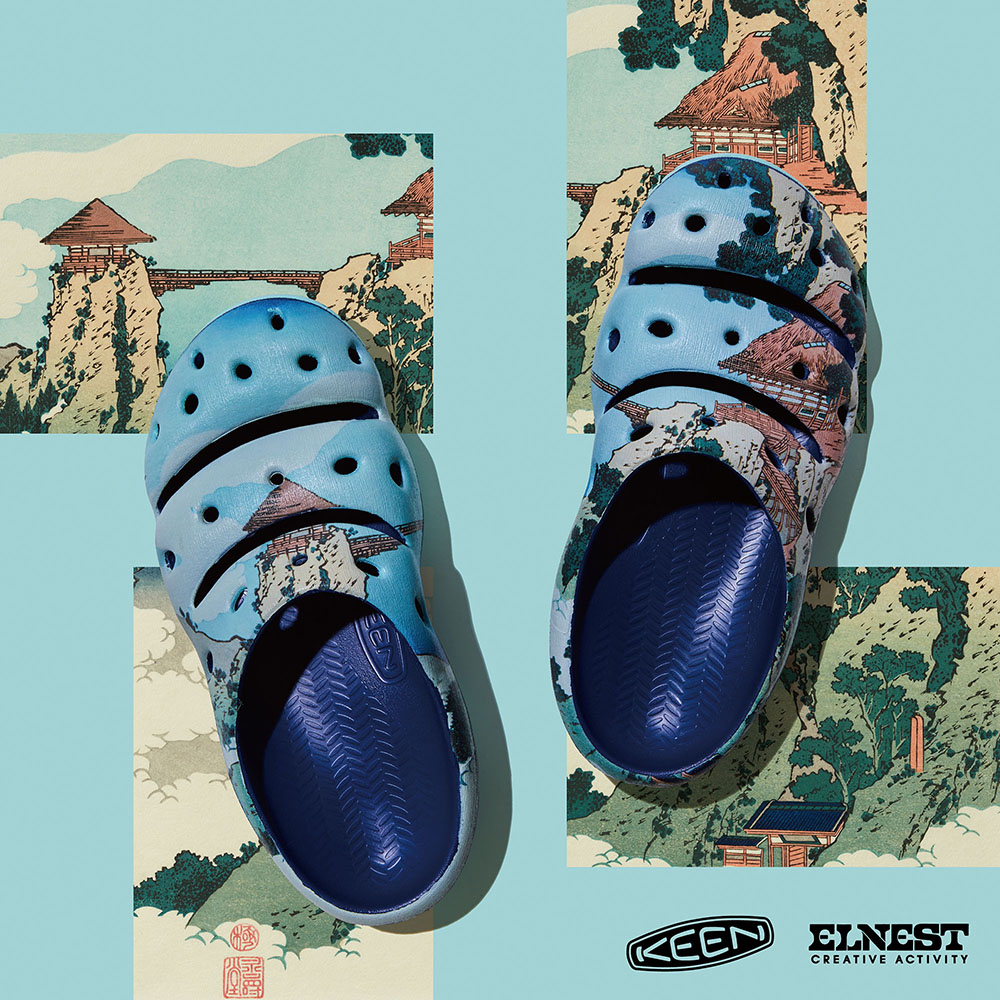 For the sandals called “YO GUI ARTS”, “Ashikaga Gyodosan Kumono Kakehashi” is boldly printed on the entire upper. The outsole and the inside are colored with indigo and dayflower to express the gradation of the sky. 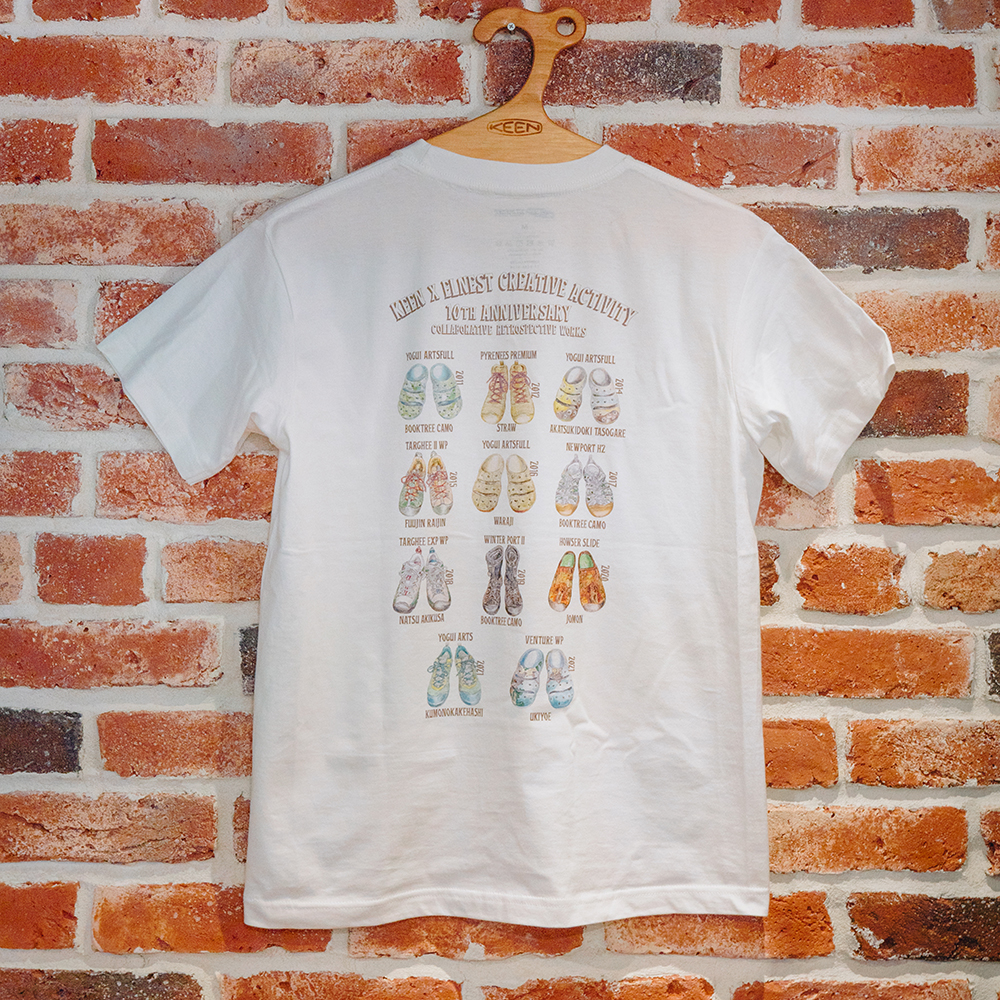 Also, a limited edition run of 300 original T-shirts will be on sale (¥ 6050), which features an illustration design of all 11 works from the first collaboration to the new 21SS. It is already on sale at Elnest. It will be on sale from March 19th at Keen’s directly managed stores, and will be released sequentially at Keen’s official online store from the end of March.

In addition, “ELNEST x KEEN Special Movie Trilogy”, which introduces everything from the collaboration start to the secret story of the development of the latest pieve, is being released on Keen’s official Instagram IGTV and Keen’s official YouTube channel. 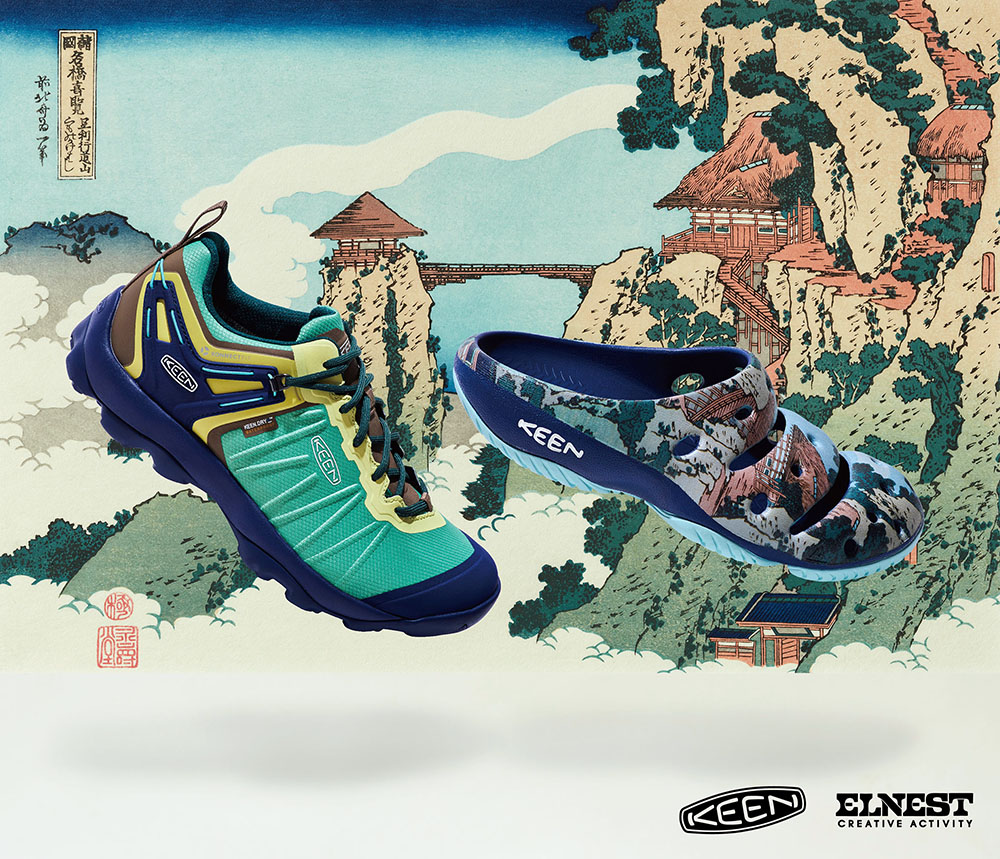 This work has managed to achieve combining a masterpiece of art with the true craftsmanship. This is an ambitious collaborative effort and we will continue to look forward to the next 10 years of Elnest x Keen!