The latest boots from White Mountaineering x UGG with sheep skin and a tough sole. 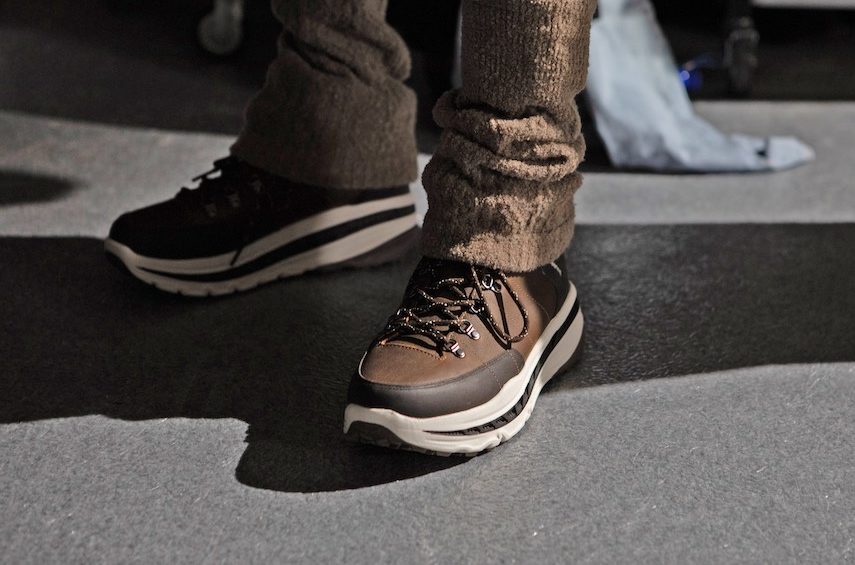 The latest model that has caught eyes on the runaway has now been released!

UGG are a brand synonymous with Mutton boots are collaborating with White Mountaineering whose brand concept is “the field in which we wear clothes is all outdoors”. This collaboration model that was shown off at Paris Men’s Fashion Week in January 2019 has finally been released 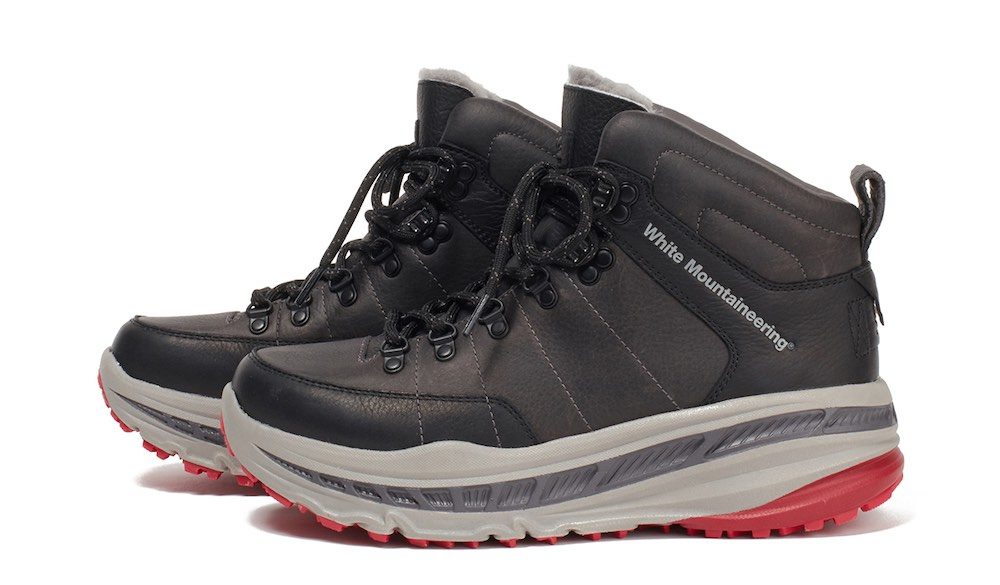 The base model used is the type 2 boots carefully selected from the UGG collection that White Mountaineering designer Mr Aizawa has used regularly in the snowy mountains and the Arctic Circle. These snow boots have a unique sole that has attracted a lot of attention on the runway featuring a slightly sharp silhouette and a high cut. 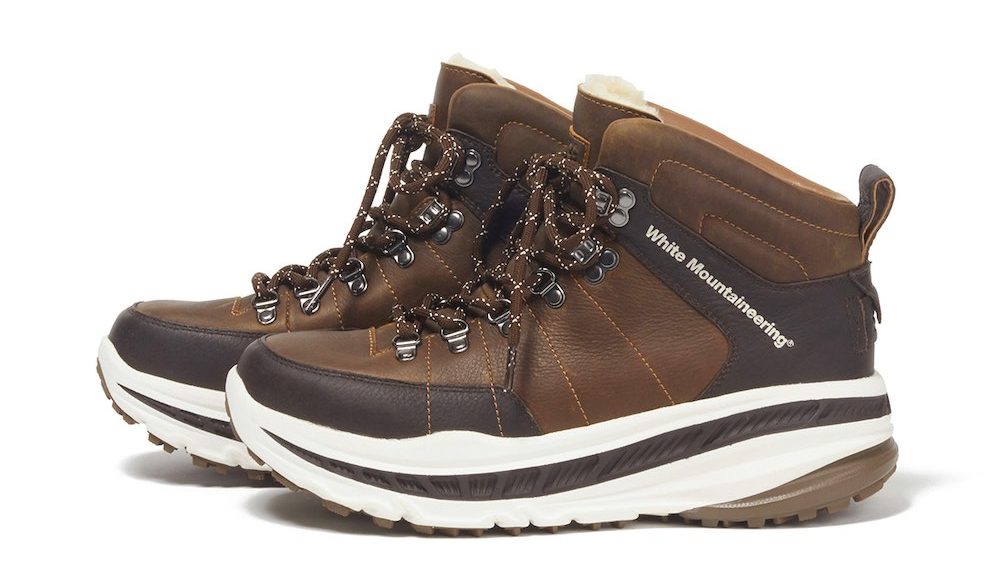 For the snow boots, he requested a chunkier sole than is used in the current standard model. Combined with a high volume upper it has an immediate impact that follows current footwear trends. The color scheme is subdued and has a mature atmosphere. 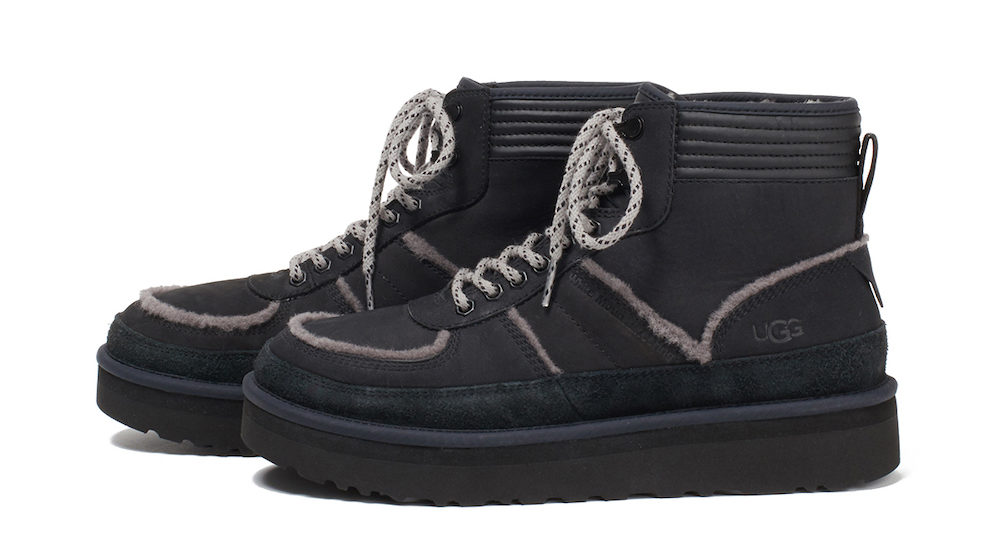 A unique thick sole is adopted, while the sewing method has been altered so that the switch to the sheep skin can be seen clearly. These minor yet deliberate changes in the fundamental design give it an individuality and sets it apart from standard models. Additionally the single tone color scheme makes it ease to co ordinate with a number of different looks. 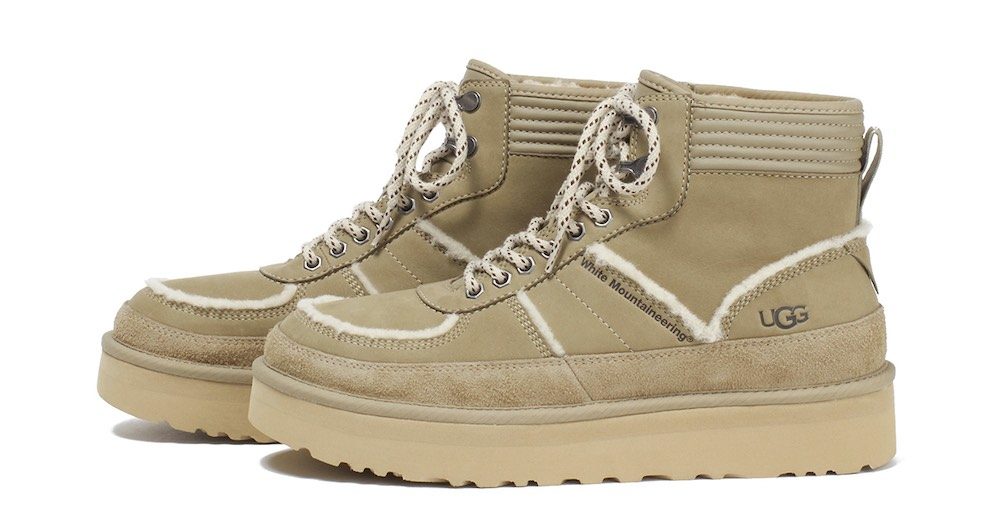 All are made with UGG’s signature luxury sheep skin for a lightweight and warm finish. The easy to match colors are also a plus. This is the third big collaboration already this season, and since past works from popular series have often sold out fast we recommend checking availability fast!