Various usages and solar charging is possible! Discovered a multifunctional LED light that can also be used as a disaster prevention item.

We have discovered a solar charging LED light with a gadgety feeling packed with various functions in one unit! This LED light is from the brand “POST GENERAL” that combines functionality with a simple design and rugged materials such as a fashionable bare light bulb that can be used for camping, and it also seems to be useful as a disaster prevention tool. 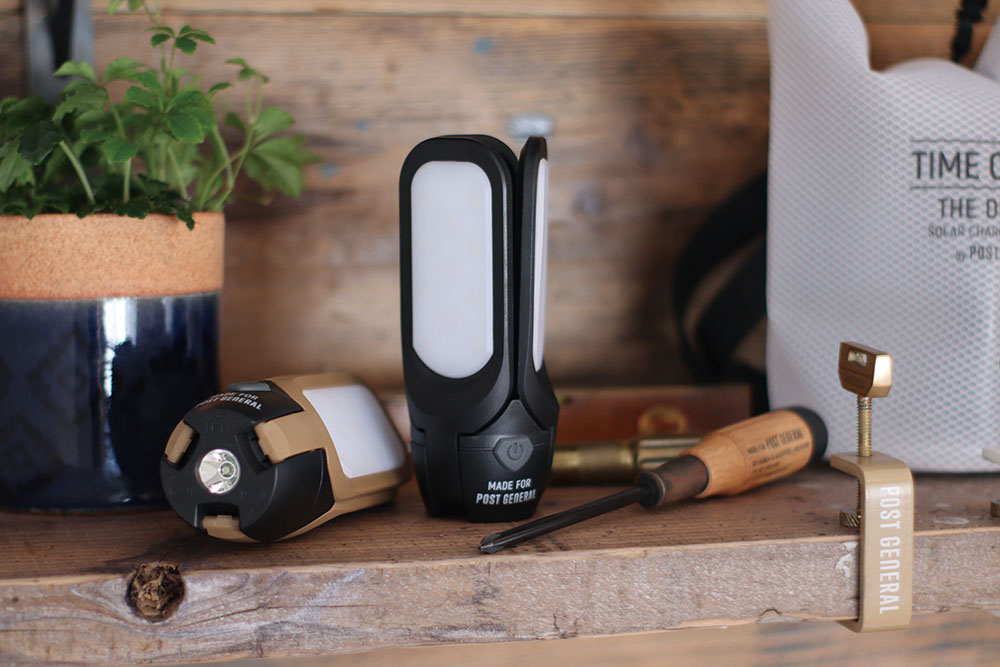 We all want to be prepared with the correct items in times of an emergency, as well as being particular about the design that can be used everyday and not just in an emergency. The Post-General series TIME OF NEED embodies such thoughts.

The second item is this “TRI-PANEL SOLAR CHARGED LED LIGHT”. 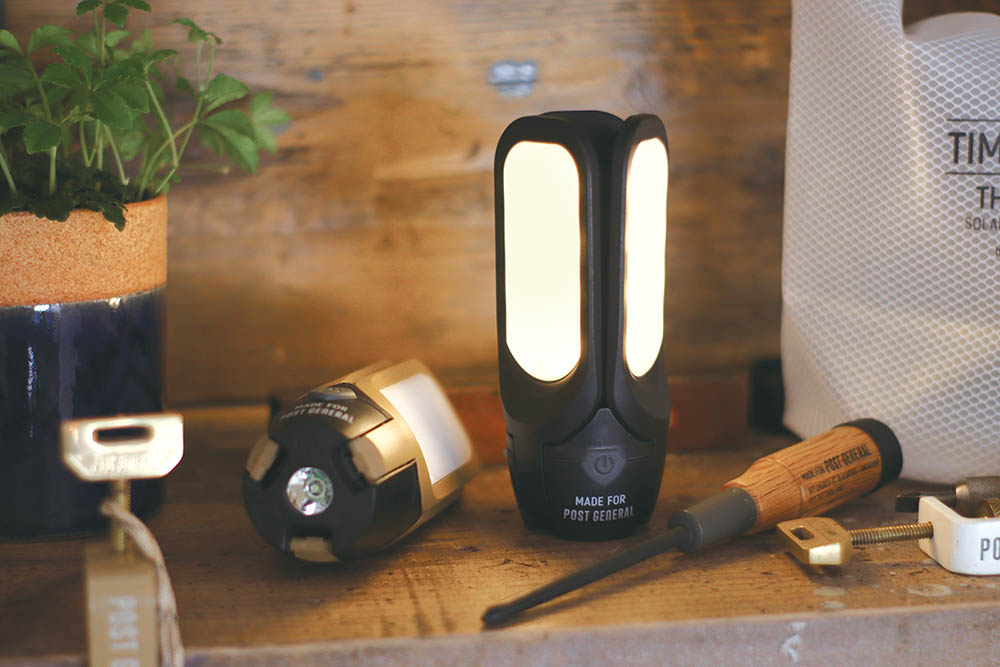 Not only as a table lantern that illuminates the surroundings brightly, but also while camping, it can be used by attaching it to the car body or an iron pole with the built-in magnet. 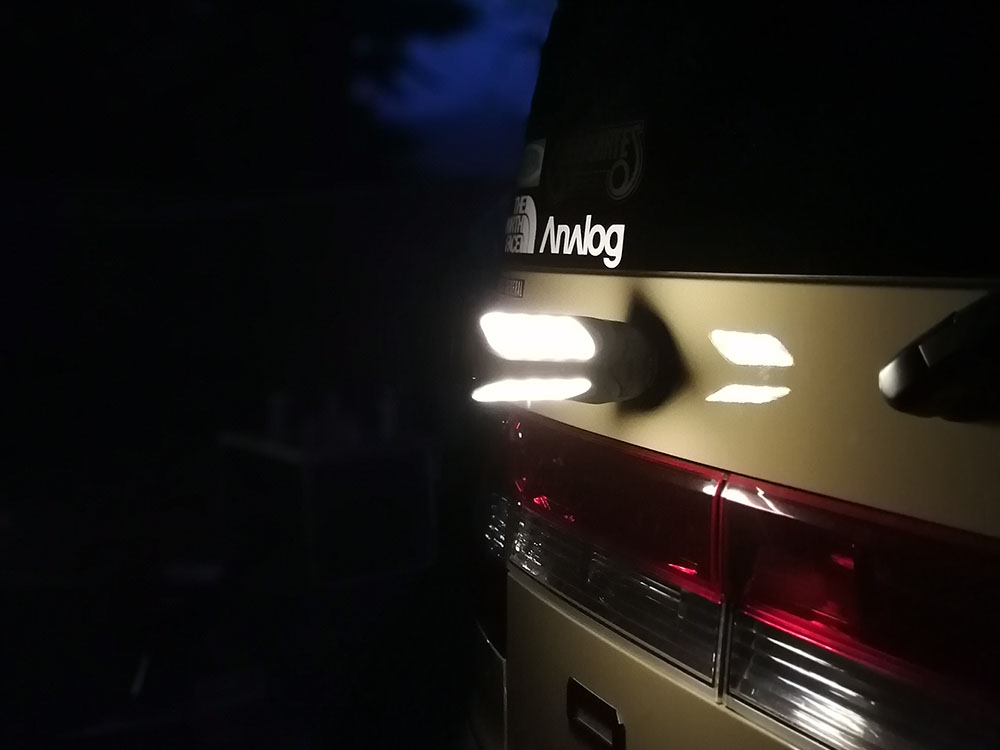 In addition, the three LED panels can be expanded like wings, and if you expand the panels and hang them, you can use them as downlights. 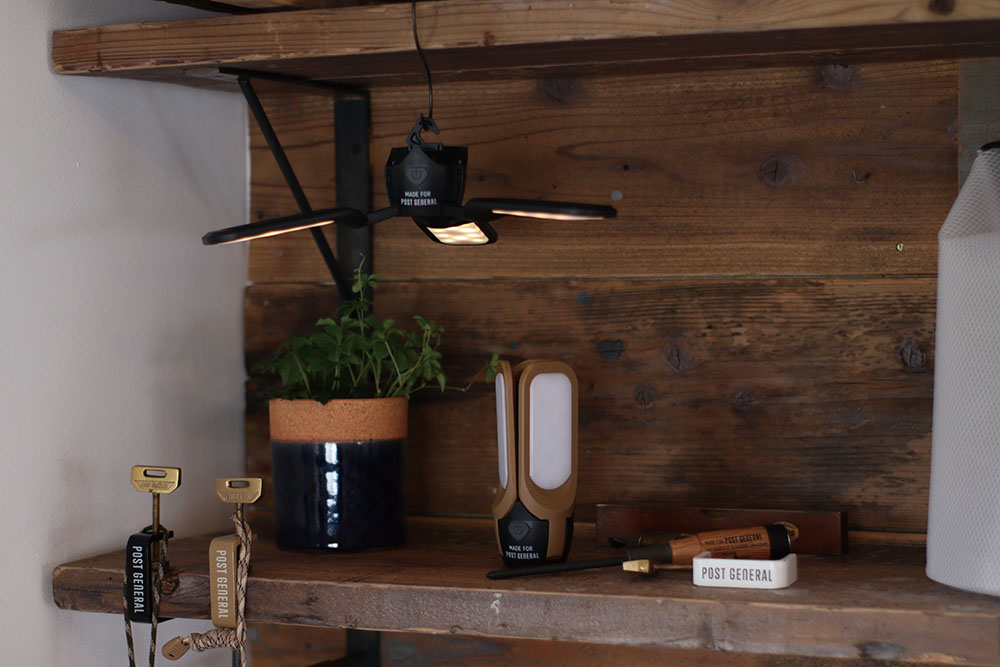 In addition to the three LED panels, it also has a center light, so you can use it like a flashlight.

This alone has a gadget type feel that can be adapted to various scenes, but what’s even more amazing about this LED light is that the back side of the three LED panels is a solar panel, and when you open it, you can charge the battery via sunlight. It is also ideal as a disaster prevention goods because it can be used by charging it with sunlight even if it is not charged in preparation for such an emergency. 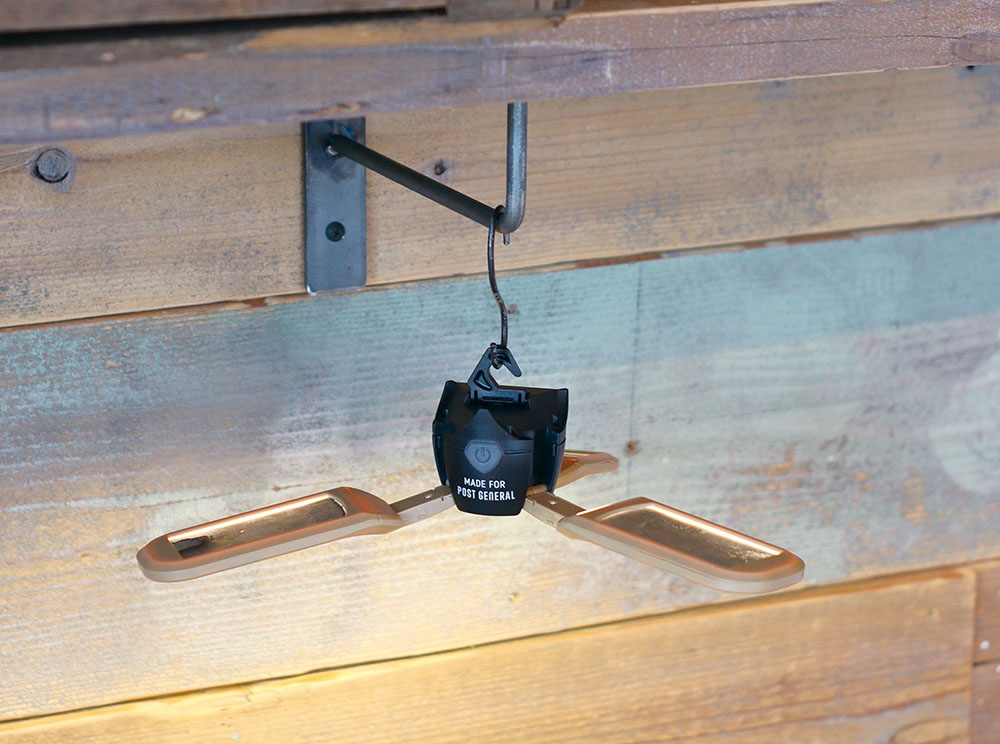 Available in two colors, sand beige and black. The release is scheduled for late November.