A multifunctional LED lantern with solar charging and battery functions from ROOT CO. is now available!

GEAR
1 year ago
by GO OUT

The outdoor-friendly mobile gear brand ROOT CO. Has released a compact multifunctional LED lantern that boasts a brightness of up to 1500 lumens. 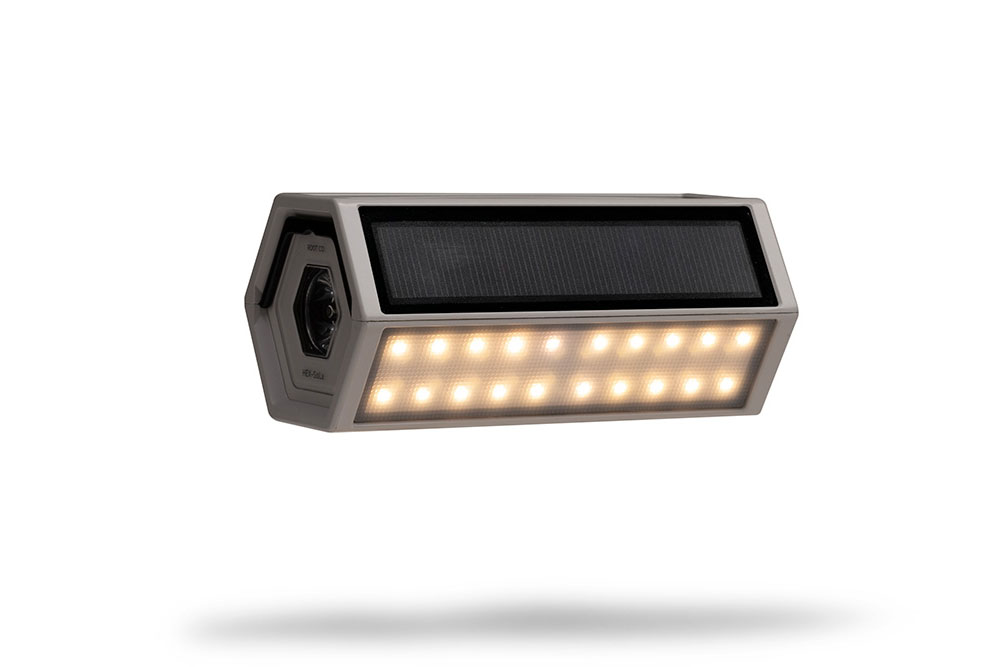 Root Co’s “PLAY HEX-SoLa” is an LED lantern with a battery function that can also be charged by solar power.

It has a hexagonal shape like a fortune-telling box, with LED panels on three of the six sides and solar panels on the remaining three. It can be used by hanging it on a lantern hanger with the hanging brackets mounted on both sides. It also has a built-in LED light on the side, so it can be used as a flashlight. 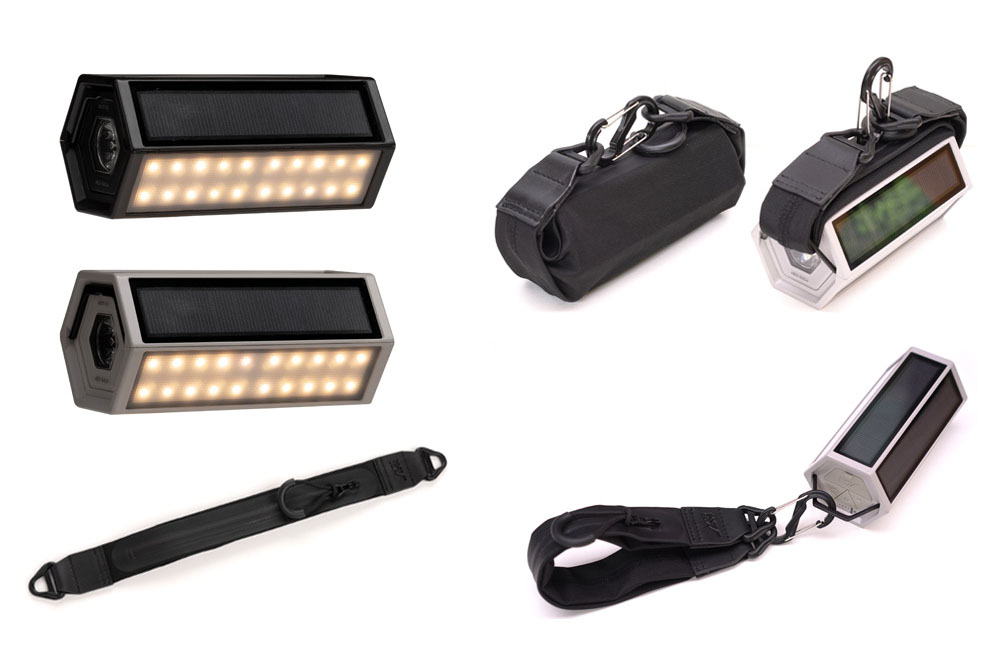 Furthermore, the exclusive storage pouch that comes with it is excellent. It is shaped like a running waist bag with straps on both sides, can be used not only to store the main body, but also to be used in combination with the included S-shaped carabiner. 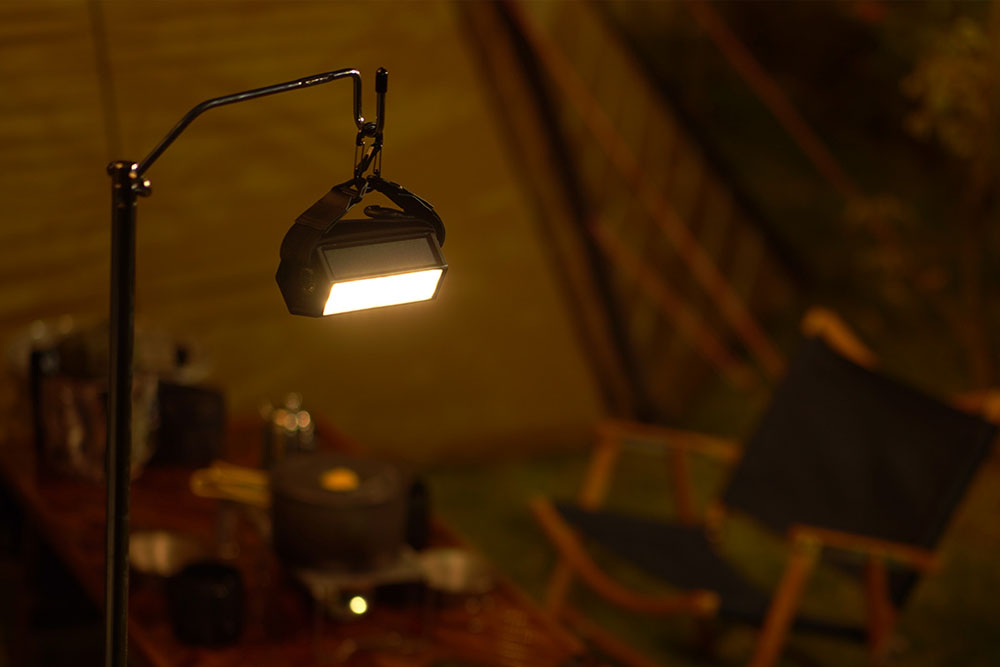 The lantern can illuminate downwards by passing the pouch through the hanging brackets on both sides of the main body and fixing the strap with the attached S-shaped carabiner. In addition, when used as a flashlight, it also serves as a wristband by passing your arm through it to prevent it being dropped. 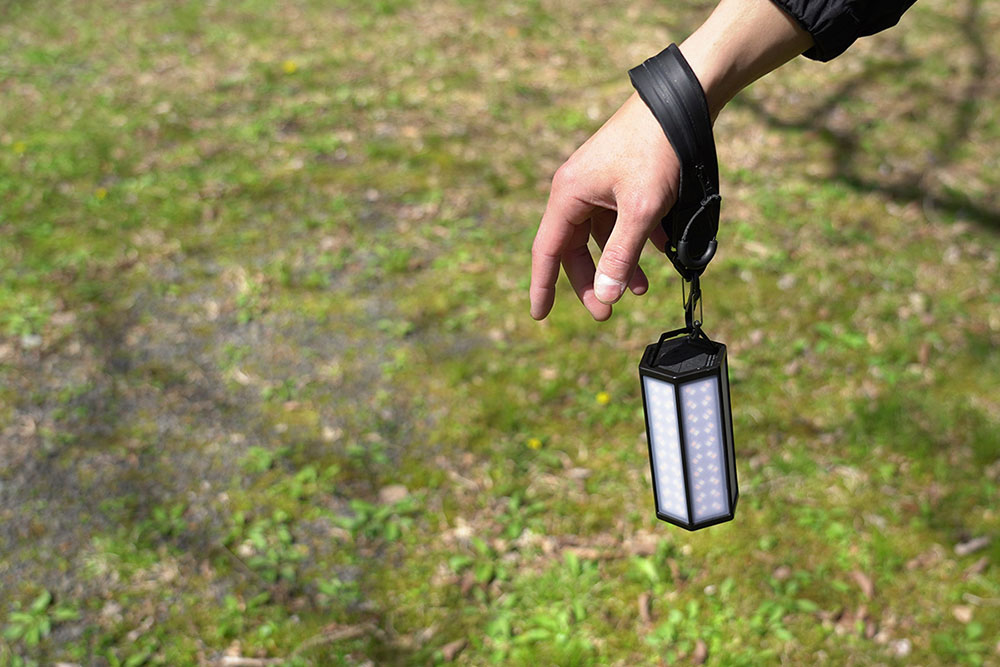 The LED lantern can be adjusted in 5 steps, and the maximum brightness is 1500 lumens. In addition, you can switch between three types of glow: warm, white, and mixed color. The maximum continuous lighting time is about 400 hours. 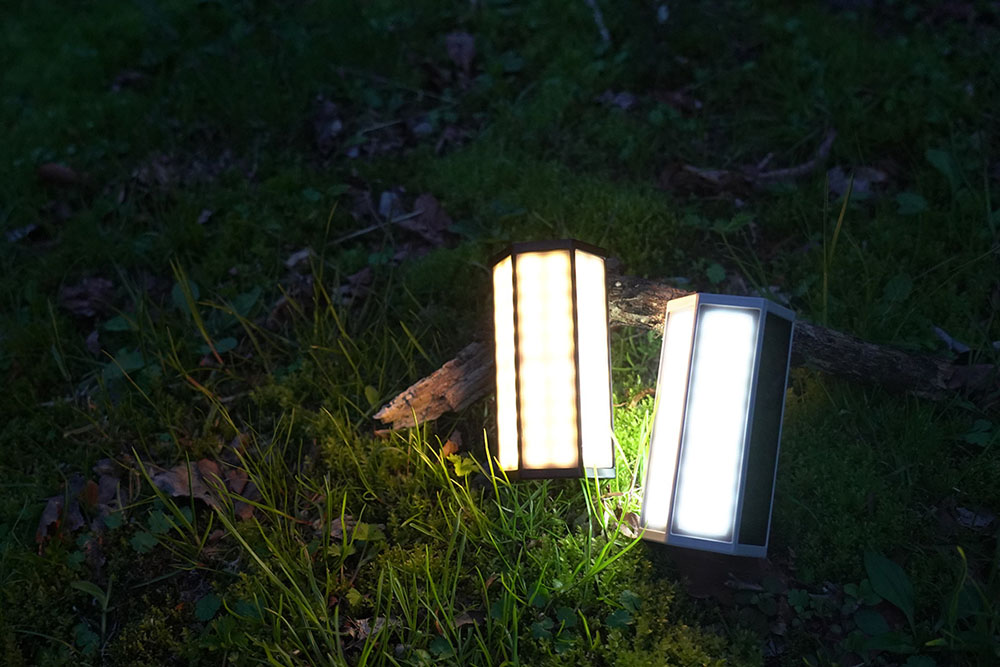 It has a large capacity of 8400mAh and is equipped with a battery function, so it is possible to charge other mobile devices via USB. IP65 compliant dustproof and waterproof performance makes it safe even if it rains during camping.

There are two colors, black and gray. The release is scheduled for mid-June, and reservations are currently being accepted at the official Root Co. online shop.