Natal Design x Nanga’s new collaboration project is a spring-colored, high-spec sleeping bag made with lightweight fabric and high-quality down.

GEAR
7 months ago
by GO OUT 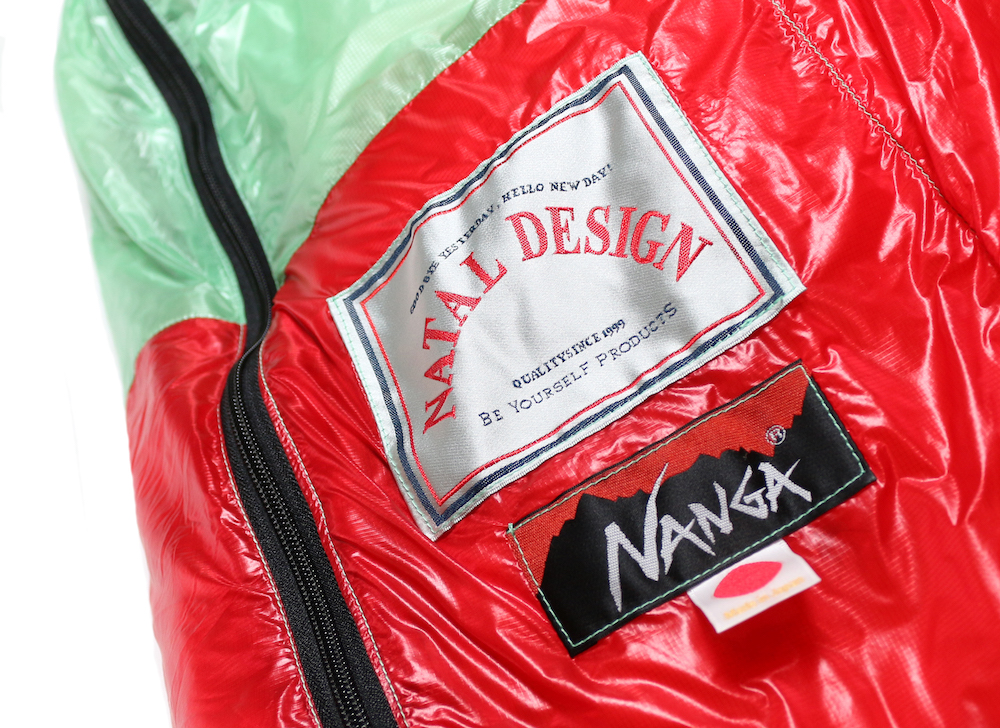 A must-see collaboration between “NATAL DESIGN” and “NANGA”, two important brands leading the recent outdoor boom will be realized this season as well! We take a look at a special new model that updates Nanga’s envelope-type sleeping bag, which is a staple of modern camping. 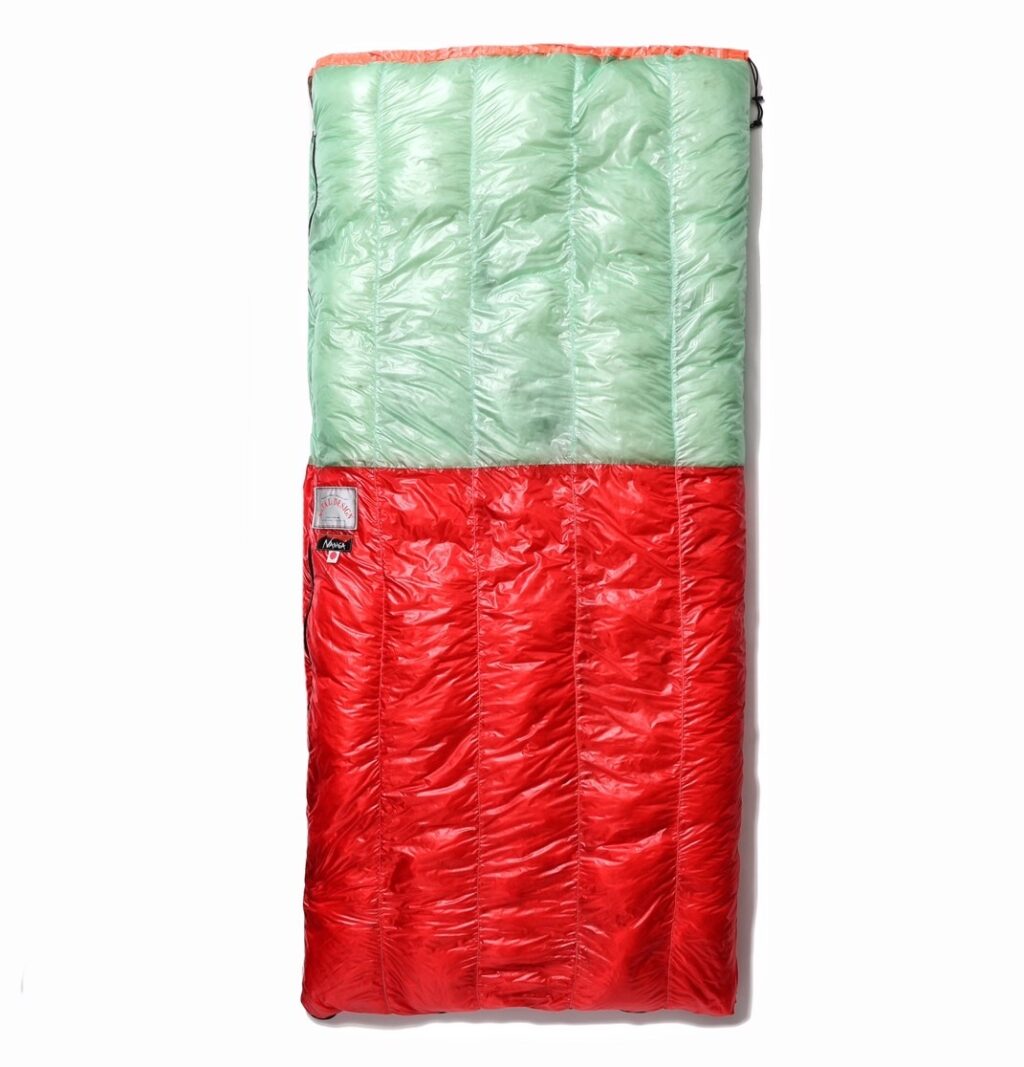 This collaboration model is based on a traditional Nanga envelope-shaped sleeping bag, bur re-imagined. The aggressive and playful coloring that combines Nanga’s brand color red with a spring-like pale green color is eye catching, but the high specs should not be underestimated either. 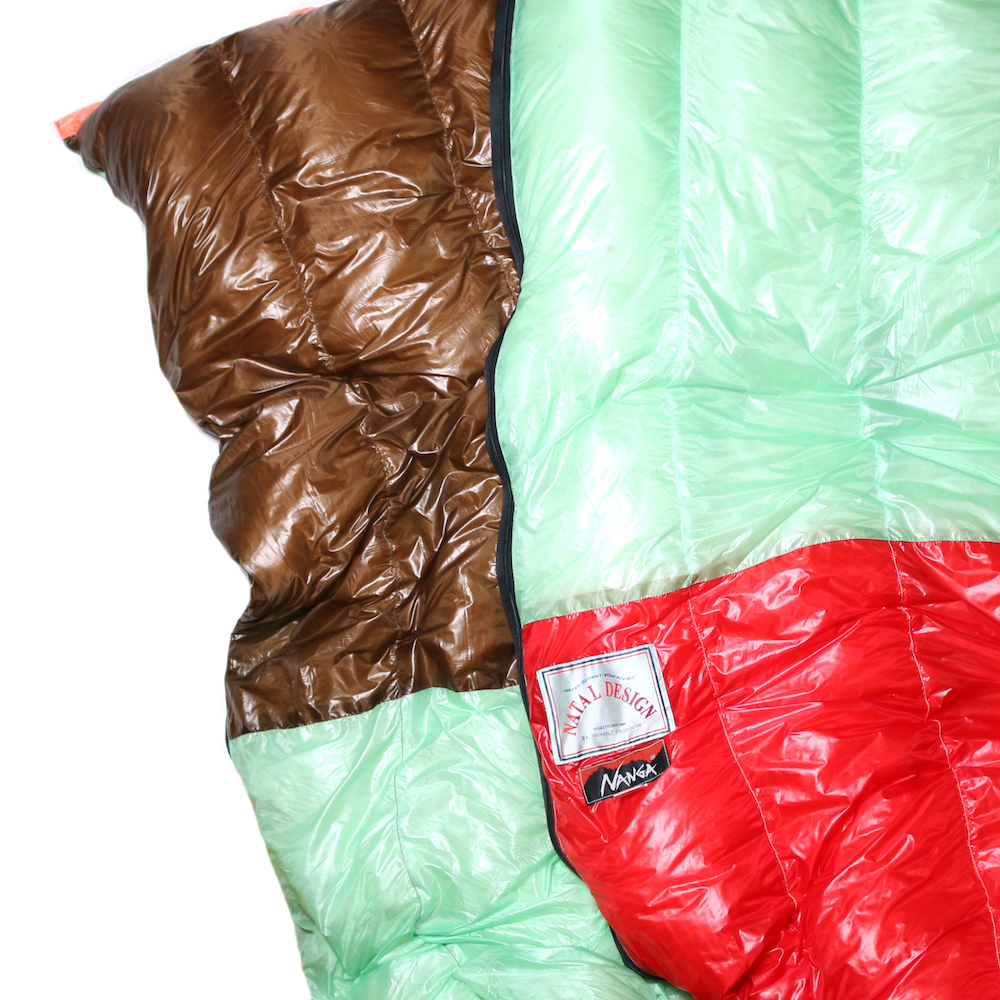 The insulation is luxuriously packed with 600g of high-quality duck down from Spain with 760 fill power carefully selected by Nanga. In addition, a high-end lightweight fabric called domestic down proof ripstop nylon 10Dx7D is used, and it is thin enough to maximize the swelling of the down, and it is soft to the touch. 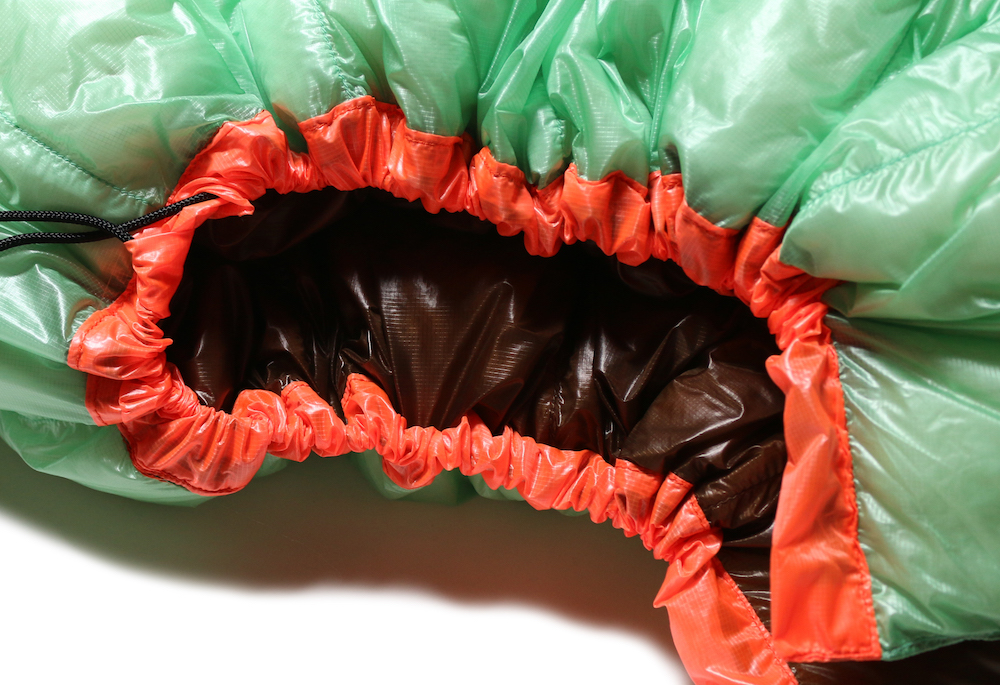 In addition, there are many small details as you would expect that are worthy paying attention to. A draw-cord is placed on the top to prevent wind from entering the sleeping bag, and the pale orange color adds a cool accent. Not only the design but also the high visibility even at night is a high point. 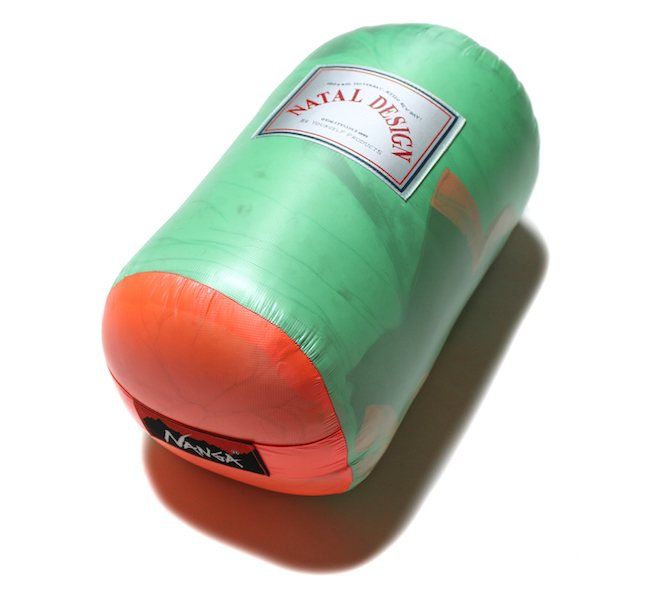 The storage ability is as you can see in the picture. The staff sack is also made of thin and tough material, featuring a bright green x orange two-tone color, and has an exquisite atmosphere like retro outdoor wear of the 80’s and 90’s but with the high-end nuances found in UL gear. 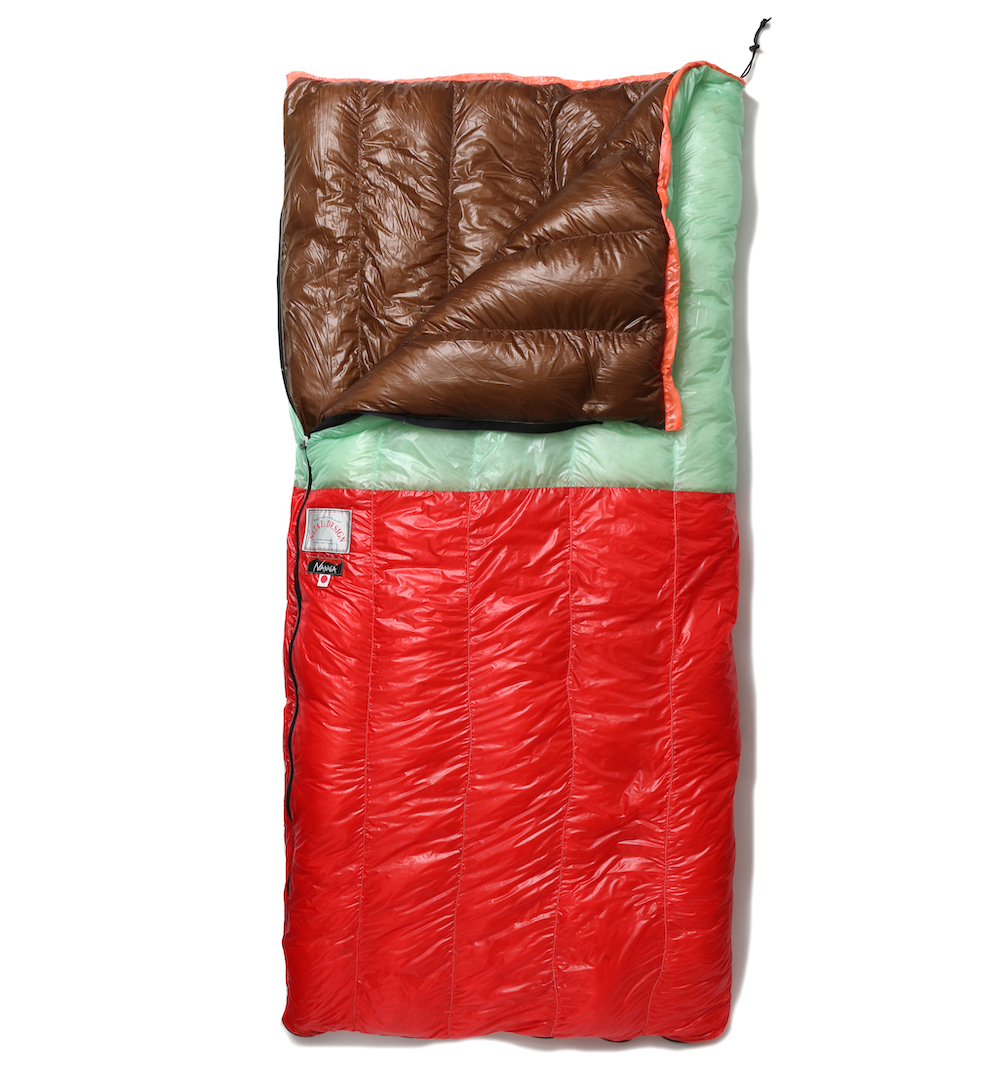 Also, because it is a 2-way specification that can be turned into a single blanket by opening the L-shaped zipper, it is guaranteed to be useful not only for camping but also for use in the car or indoors. 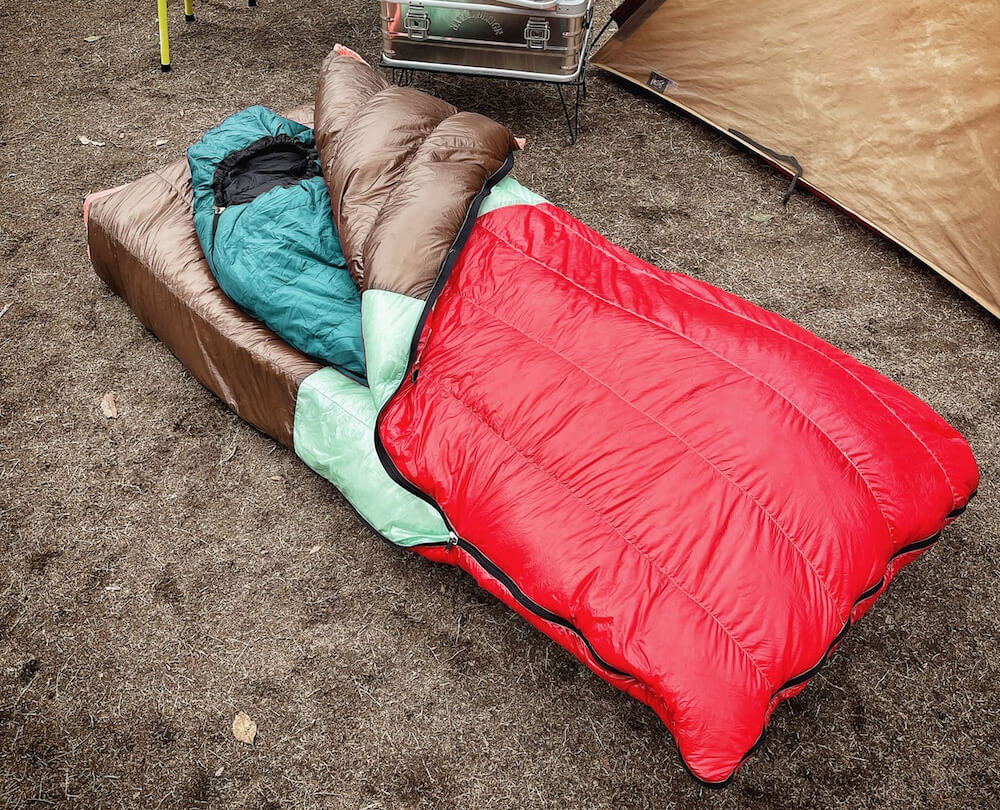 It is appropriate to use across 3 seasons from spring to autumn, but since it is made wide so that it is easy to layer, it possible to use it even in the midwinter by making it a sleeping bag inside a sleeping bag.

It is scheduled to be released on Saturday, April 9, 2022, and is only available at the following 3 stores. If you are interested in this sure fire collaboration, which will be sell out immediately after the release, don’t miss out!