A lot of new gear from Zane Arts! Eight gems such as a two-room tent are on ready to go!

TENT
10 months ago
by GO OUT 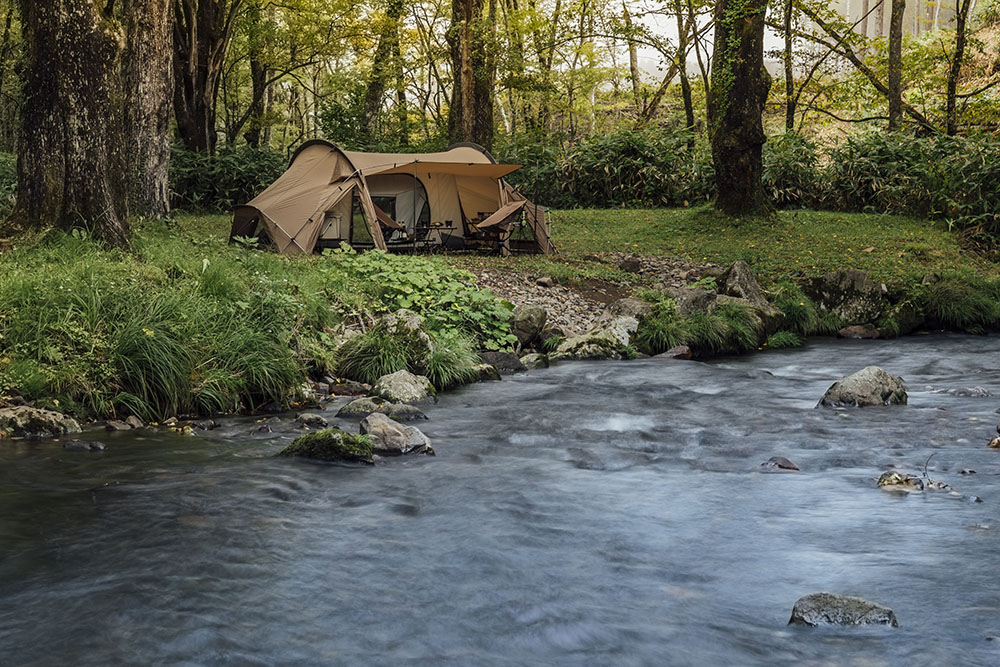 The brand “ZANE ARTS” born in Matsumoto, Nagano Prefecture, who are remembered for making a sensational debut with an innovative tent in 2019, have now announced new items to be released after this spring. In addition to the new 2-room tent, we will introduce 8 items that are worth your attention, including a large version of the popular one-pole shelter and other special accessories.

“OKITOMA-2” is a compact 2-room tent for solo and duo camps. The most distinctive feature is the tent structure, which has an unprecedented idea of vertically dividing the front room and inner tent. The door panel and side parts are wide open, making it more open and allowing you to enjoy the scenery compared to a general two-room tent that is divided horizontally. 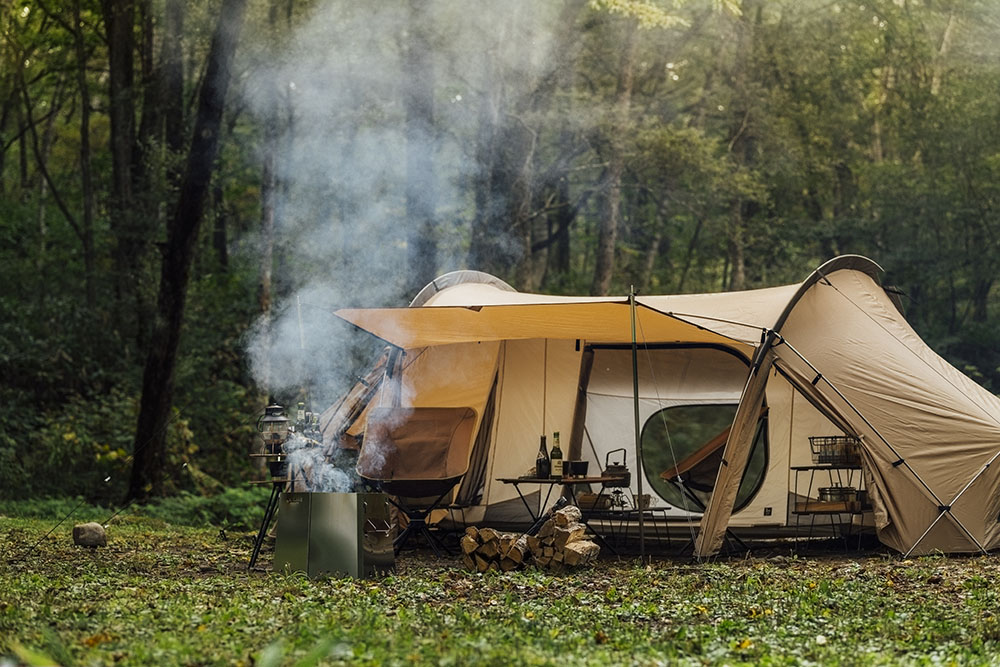 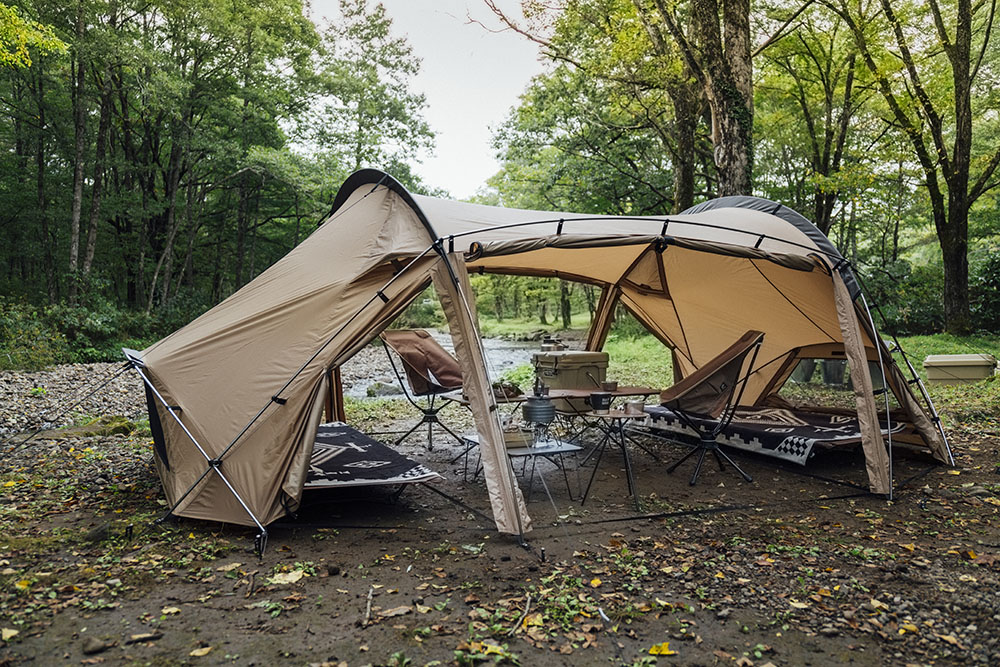 Also, because it has an out-frame structure, it can be used as a shelter by removing the inner tent. The total weight is 7.2 kg.

The all-in-one tent, which includes a footprint, is likely to gain popularity due to its excellent cost performance of being less than 60,000 yen. The release is scheduled for June 2021.

“ZEKU-L” & inner tent, which is a larger version of the popular shelter. 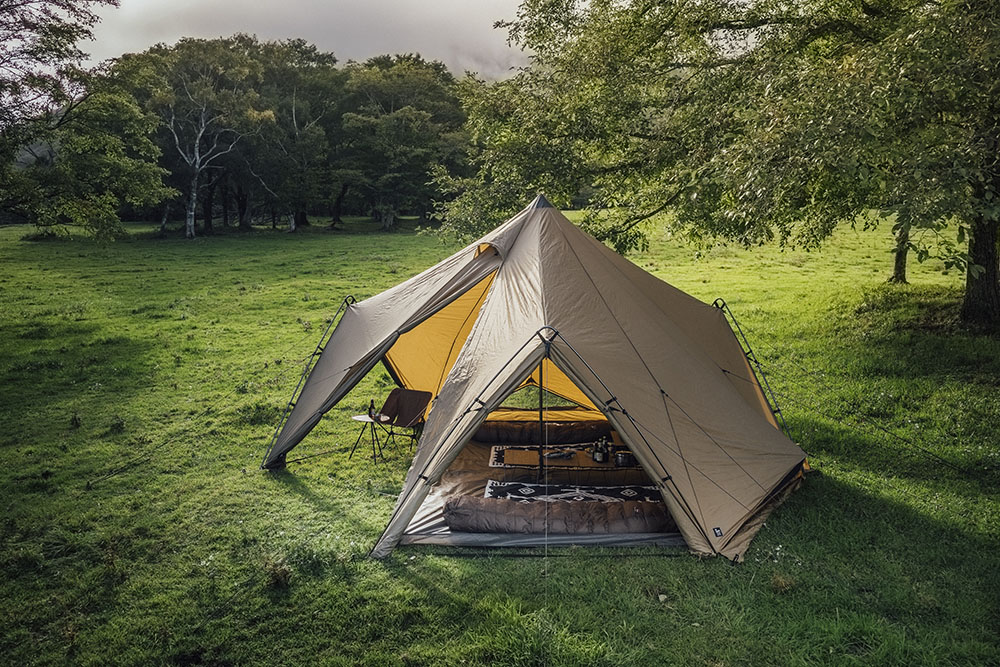 The “ZEKU-L” is a large one-pole shelter that can accommodate about 10 people. It is a larger model that retains the functions and design of the popular medium one-pole shelter for four people, the “Zeku M”, and the biggest disadvantage of one-pole, the narrow space, is largely solved by the extendable frame. 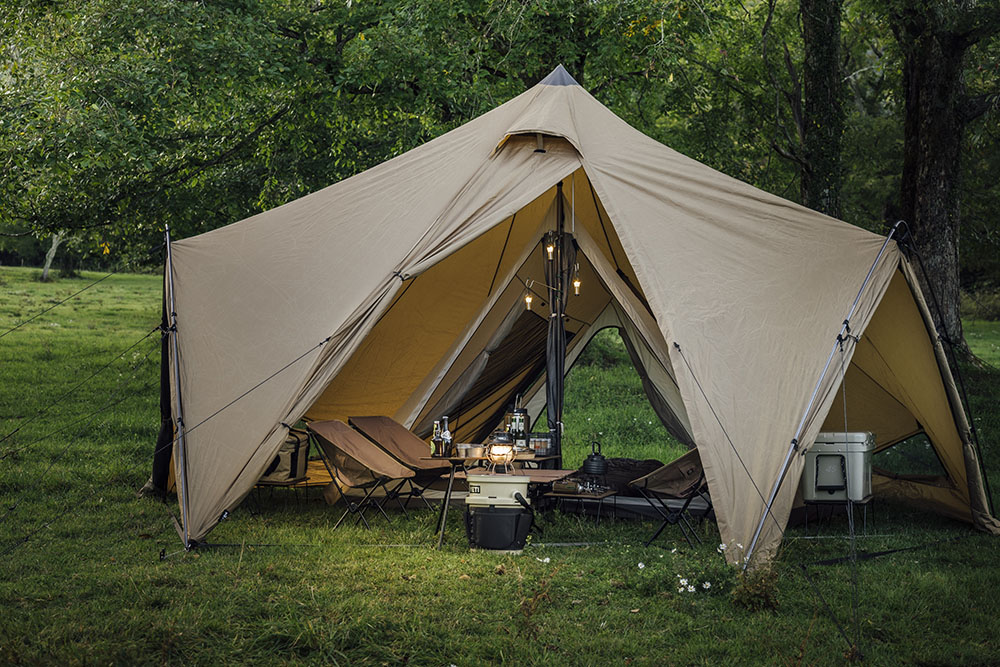 The optional “Zeku L Inner Tent” (¥ 21780) is also available, so if you use this, you can make it into a two room specification that you can spend comfortably with your family. Both the Zeku L and the inner tent will be released in June. 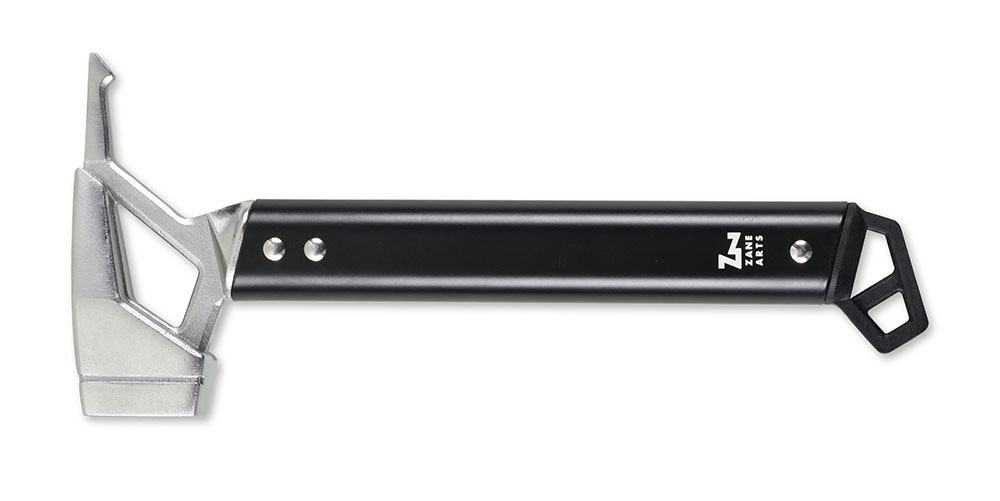 “GRART HAMMER” is a hammer that has a good swing balance and can firmly drive forged pegs. The head is made of cast stainless steel and has a moderate impact that is not too hard.

“GRART STAKE” is a flat design wedge-shaped forged peg. Because it is forged, it is easy to drive, has excellent fixing force, and is strong. It is wedge-shaped and has a structure that adheres to the ground the more it’s inserted it, but because it has a flat design, a large gap is created with just a slight twist and it can be pulled out quickly. In addition, the flat design makes it easy to stack and bundle, and it is also nice to hold the pegs together during pegging work. There are two sizes, 18 cm and 28 cm, and the release is scheduled for April. 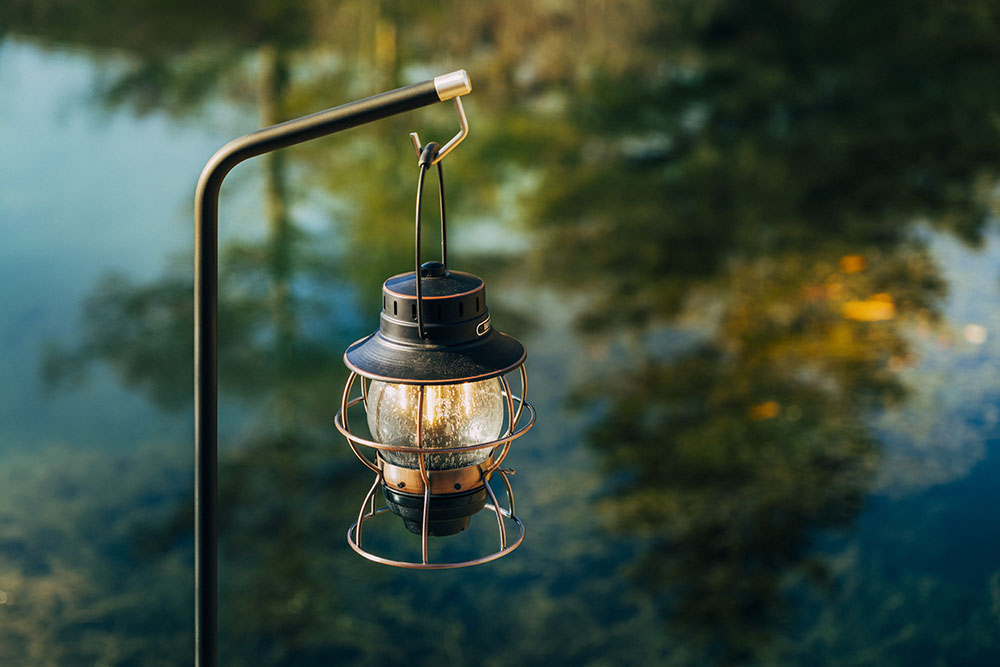 “OZ HANGER” is a simple lantern hanger that uses a lightweight aluminum pole. By combining the three-joint pipe section, it is possible to set it to two levels of either high and low.

Since it has a simple design, it can be used with any shape and style, from classically designed lanterns to more modern designs. It is scheduled to be released in June.

Lantern hanger “COZ HANGER” that can be set on a pole. 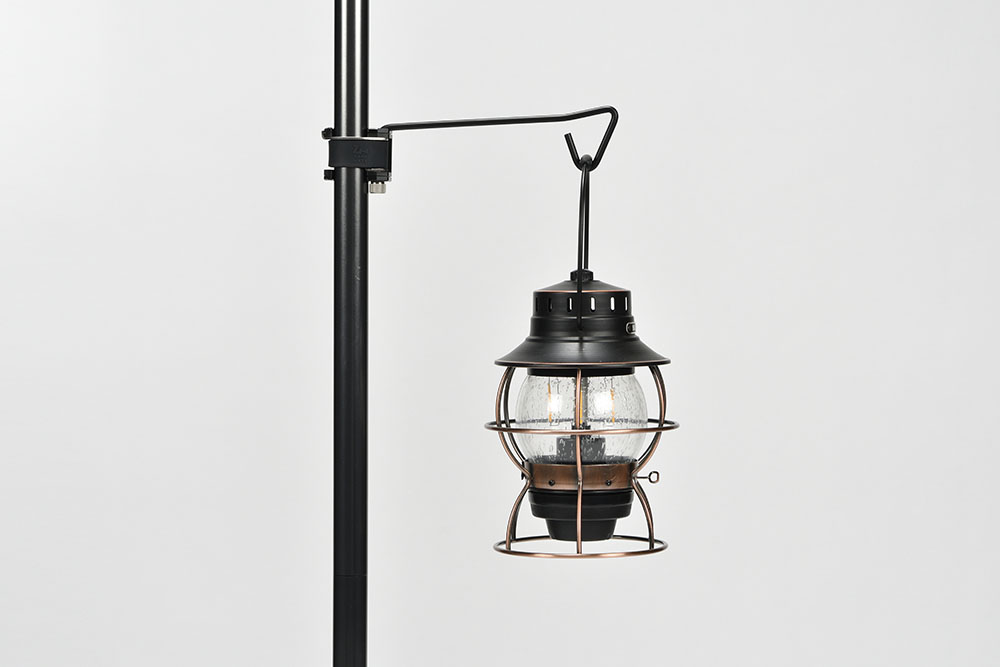 The “COZ HANGER” is a lantern hanger that can be set on the pole of a tarp or shelter.

Simply fit the holder into the pole and wrap the silicone band around it, and you can easily attach it to any position on the pole. With a load capacity of 2 kg, most commercially available LED lanterns can be hung.

There are two sizes available, φ30 and φ32, which are often used in tarps and one-pole shelters. The release is scheduled for June. 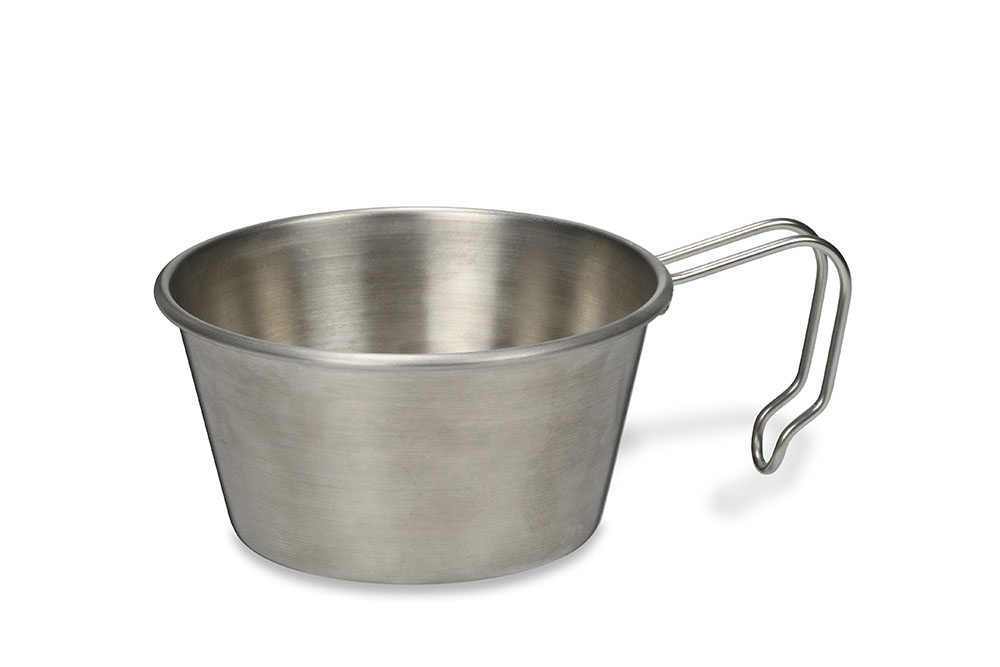 “STAINLESS SIERRA CUP” is a discerning Sierra cup made by redesigning the cup shape, handle, memory, etc. from scratch.

They have adopted the best shape for both eating and drinking out of, derived by reviewing the diameter of the opening and bottom and the side angle. In addition, while many Sierra cups are held with two fingers, the handle can be held with three fingers making it easy to use. The release is scheduled for April.