TENT
2 years ago
by GO OUT 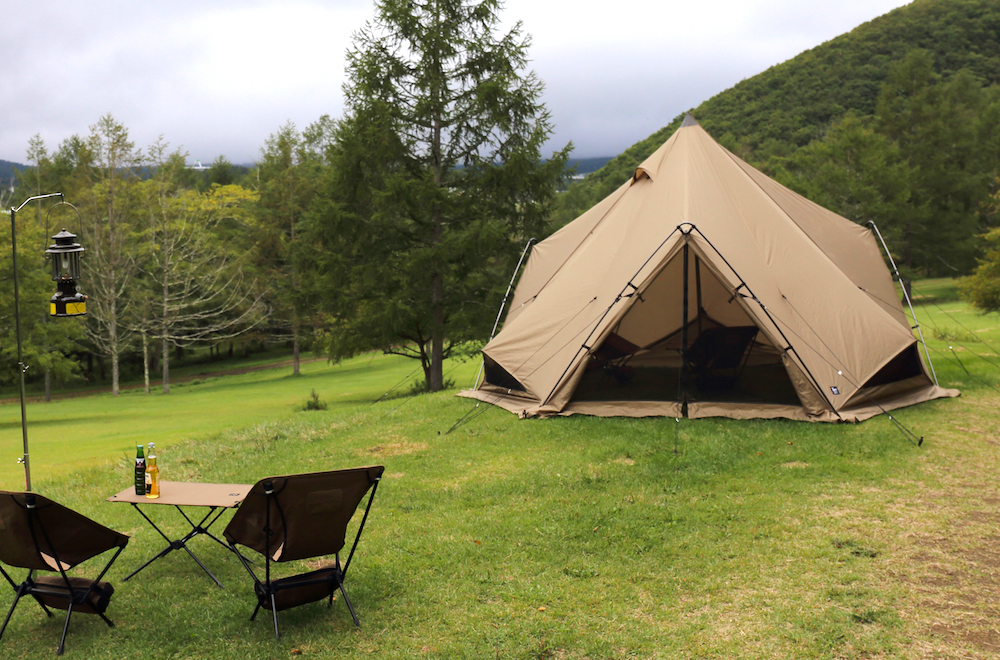 Who are Zane Arts? Let’s take a look before their 2019 debut!

Zane Arts are new outdoor brand founded in Matsumoto City, Nagano Prefecture, who are creating a buzz among the outdoor community.

The recently announced line up of tents and tarps are all stylish and functional. Prior to the April 2019 launch, many shops and online retailers have been putting pre orders up for sale and some of these items are already difficult to find. Here is a breakdown of 4 tents and tarps that are due to release in April of 2019. 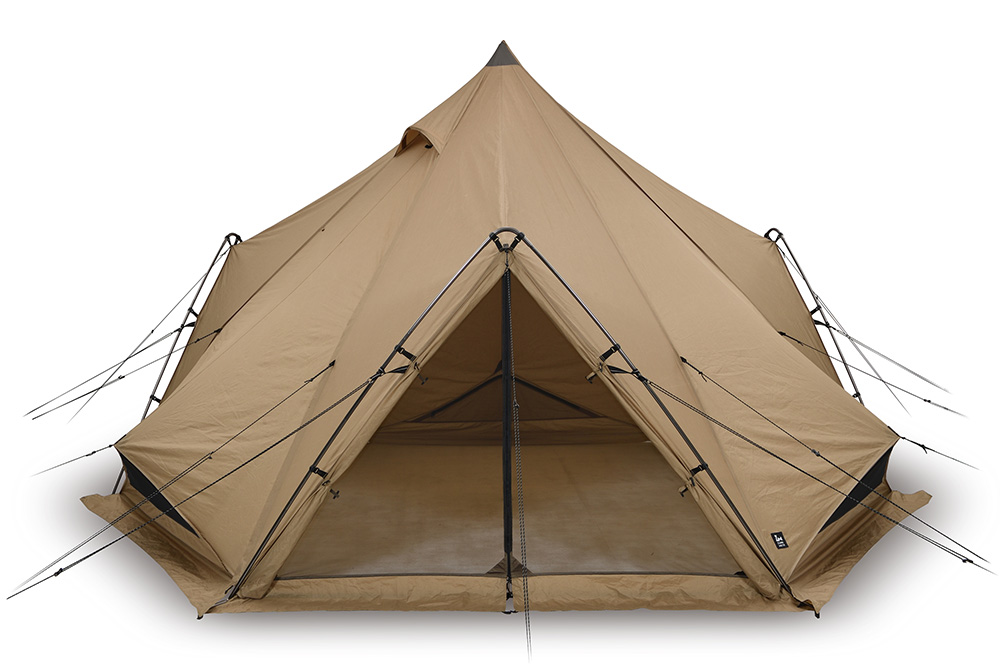 The ZEKU-M is a mid-sized one pole shelter that can comfortably be used by up to 4 people.

At first glance it doesn’t appear to be a single pole but we can confirm that there is only one main pole used. With the use of an extension frame in the area surrounding the single pole the typical narrow space associated with single pole shelters is mitigated and a large living space is made reality. 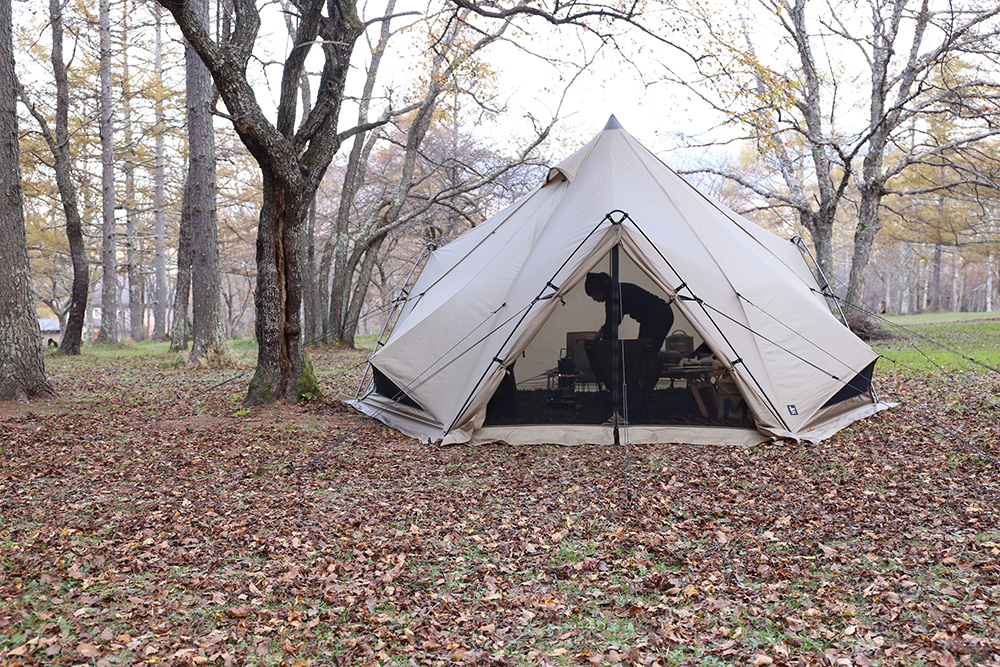 Both Bergans Wiglo and Ogawa’s Tres are similar one pole shelters.

While both of these products are a rounded shape, the ZEKU-M has a military style design using an extension frame with an angled appearance rather than a typical arched shape. This gives the shelter a one of a kind impression and is truly a unique new product.

The fabric used is a polyester rip-stop with silicone on the front side and polyurethane (PU) on the reverse.

Another typical weakness of one pole shelters is dealing with the summer heat. The ZEKU-M solves this problem by allowing one of the 6 panels to be opened up to allow air to flow through the shelter and reduce the heat. 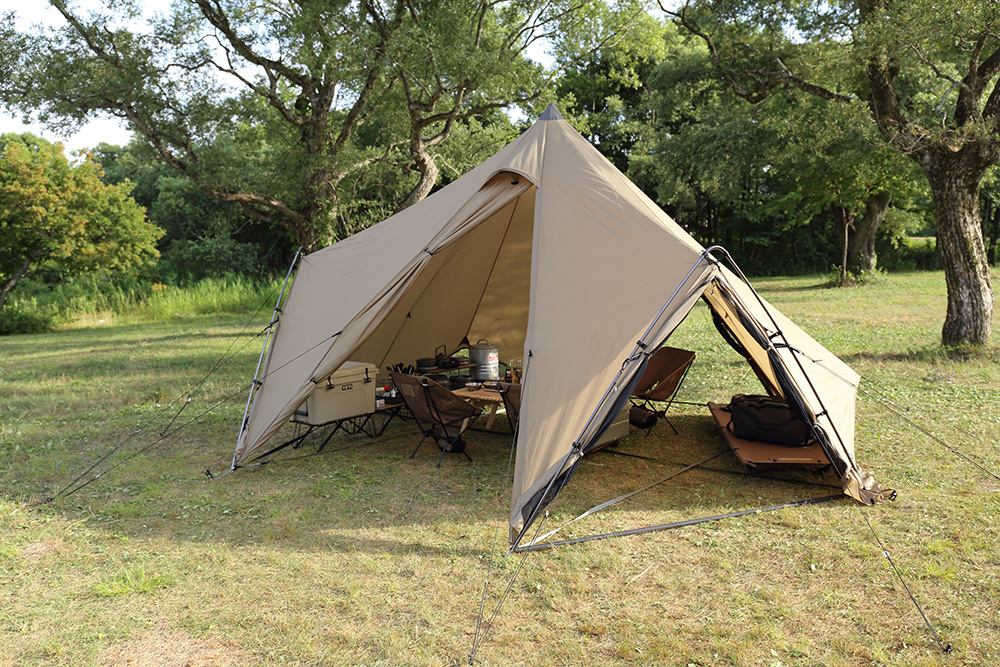 The bottom has a hexagonal shape and the attached pentagonal living sheet creates a barrier from the floor making it convenient for taking off and putting on footwear and rain gear when entering and leaving. There are currently no plans to release an inner tent.

It is due for release in early April 2019 but let’s also take a look at some of the other products due to be released at the same time. 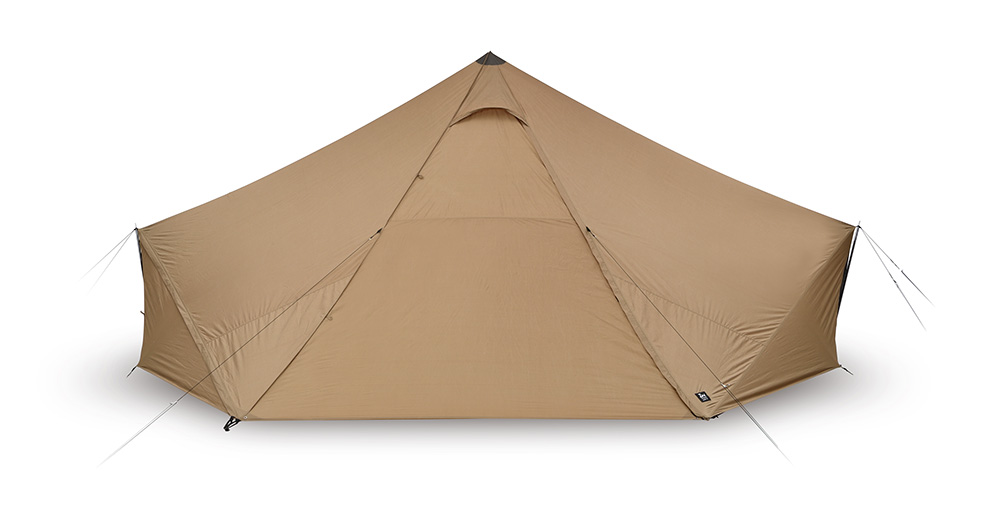 The GIGI-1 is a small sized shelter for duo campers that can be set up in a number of ways by opening and closing the various panels and flipping them up. This shelter also uses extensions poles on the sides to expand the shelter and avoid the narrowness associated with one pole shelters.

By adding a table and chair it can be turned into a comfortable living space for 2 people. There is also enough space for 2 cots to be placed inside meaning it can be used either as a living room or a bed room.

Additionally if both the front and rear flaps are put up, you can create a feeling of openness and also allow airflow to improve to combat summer heat.

The ROGA-4 is a compact 2 room tent which can also function as a mountain base.

The ROGA-4 is a compact 2 room tent that is about the same size as a traditional family tent.

The design consists of 2 double cross frames (pisces type) connected with a bridge frame to create excellent wind resistance as well as being lightweight (fly and frame is around 4.5kg). So it is not only suitable as normal camping tent but also as a base  for mountain climbing. 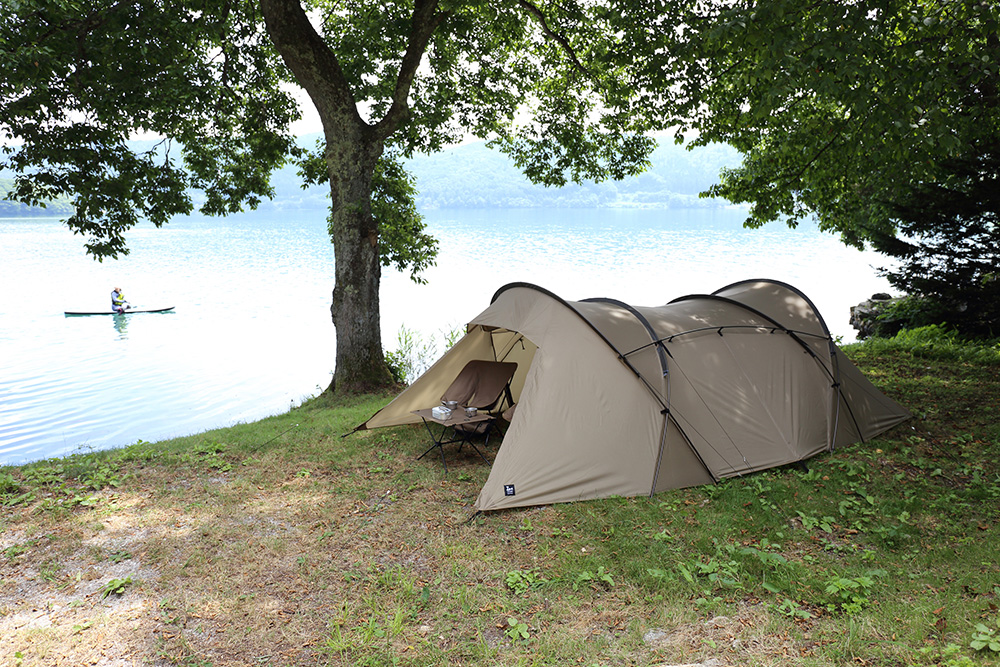 It utilizes an outer frame structure which means that the fly sheet remains attached while assembling and disassembling which prevents the insides getting wet. The inner tent can sleep up to 4 people and this can be turned into a larger shelter by removing the inner tent, allowing up to 8 people to share a sleeping space.

The GEU is a 4 wing tarp with a beautiful silhouette. 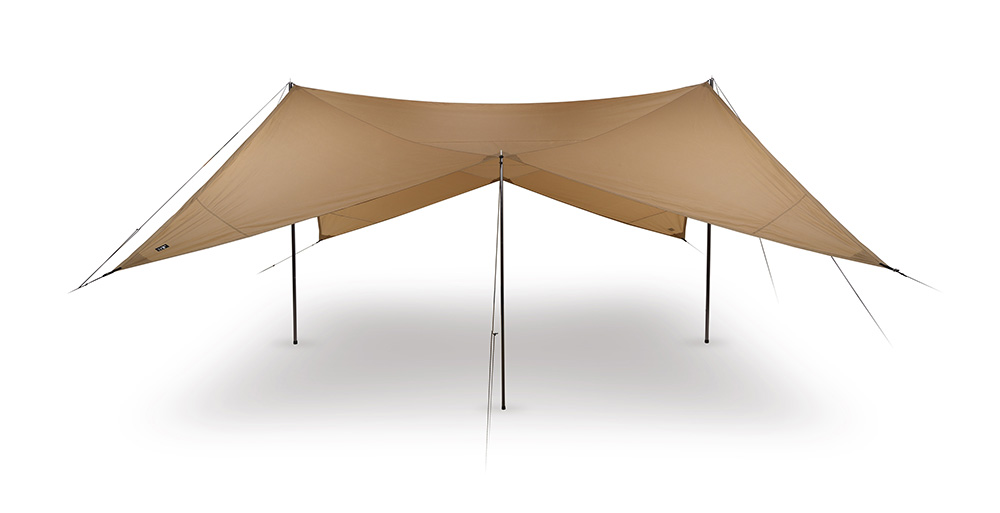 The GEU is an all weather 4 wing tarp. It is designed to retain a natural elegant silhouette that reflects the gentle curve of the ridgeline and 4 sharp wings while maintaining practicality as a tarp with a wide area of coverage. 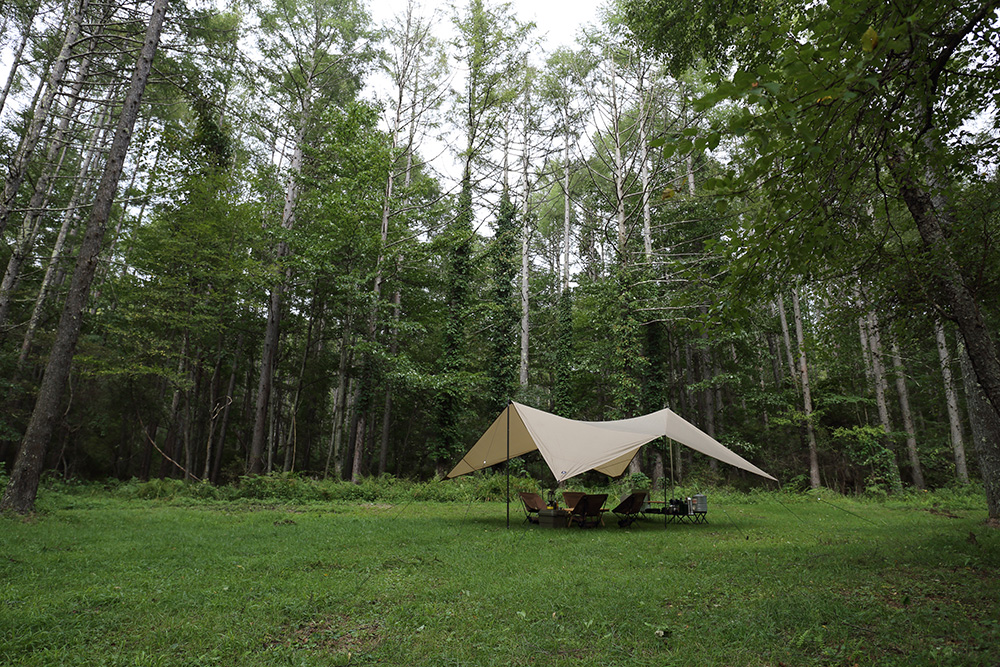 The GEU’s layout makes it possible for the tent to and tarp to overlap and it also comes with a tarp tail (long tape).

The Zane Arts tent and tarp uses polyester rip stop with silicone on the front side and polyurethane (PU) on the reverse. By maintaining the water pressure resistance to the minimum required (1500mm) fabric degradation due to heat is reduced during the polyurethane processing gifting an increase in tear resistance.

Tent tearing due to excessive waterproofing processes is something that long term camping and outdoor enthusiasts will be aware so the durability of the fabric used by Zane Arts is something that is sure to draw attention as they release in 2019.