All of the best outdoor models from the Tokyo Motor Show 2019.

The 46th annual Tokyo Motor Show 2019 was opened to the public on Friday 25th October. This is the largest automobile trade show in Japan that’s held once every two years and we will be reporting on the planned models that are of greatest interest to Go Out readers.

The new square frame “Hustler” is unveiled for the first time! 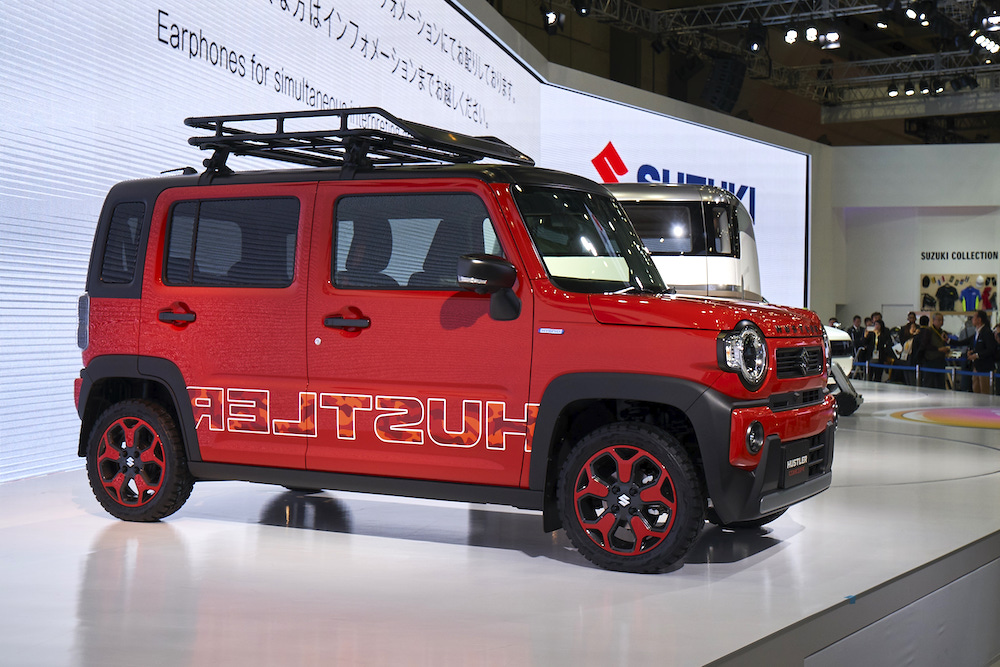 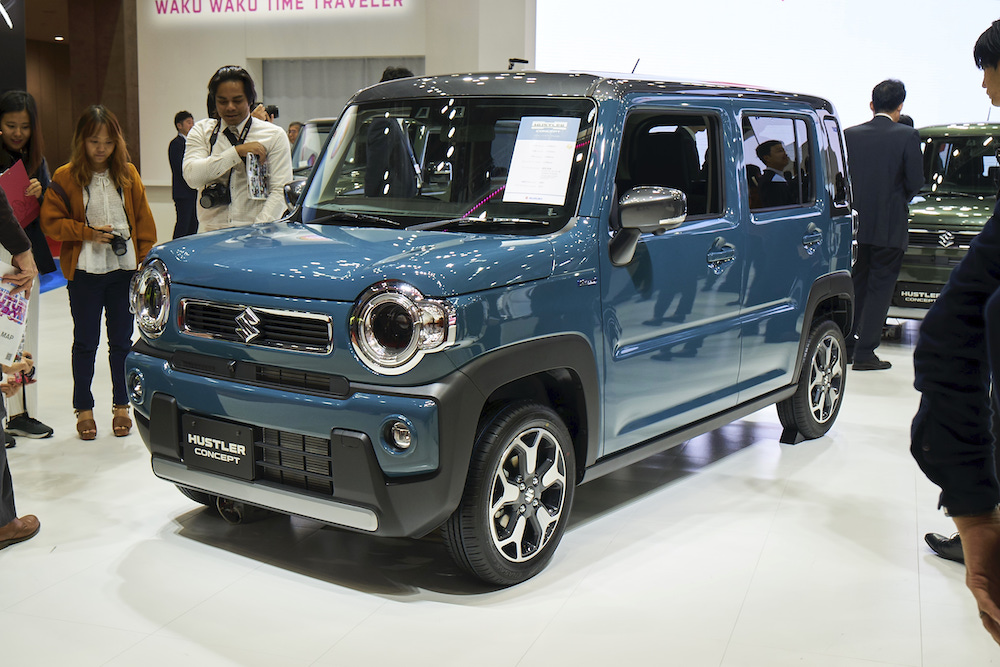 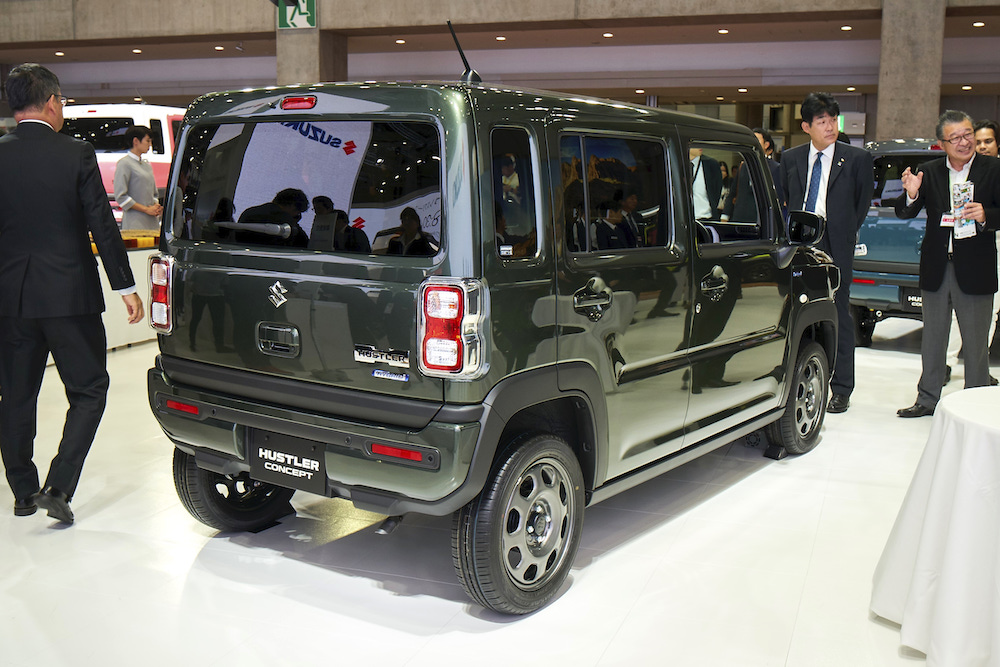 Following in the footsteps of the Jimny model, this new square shaped concept for the Hustler series certainly gives the impression of a “new Hustler”. As a concept car with a roof rack attached it definitely seems as if it is moving in a more outdoor direction. 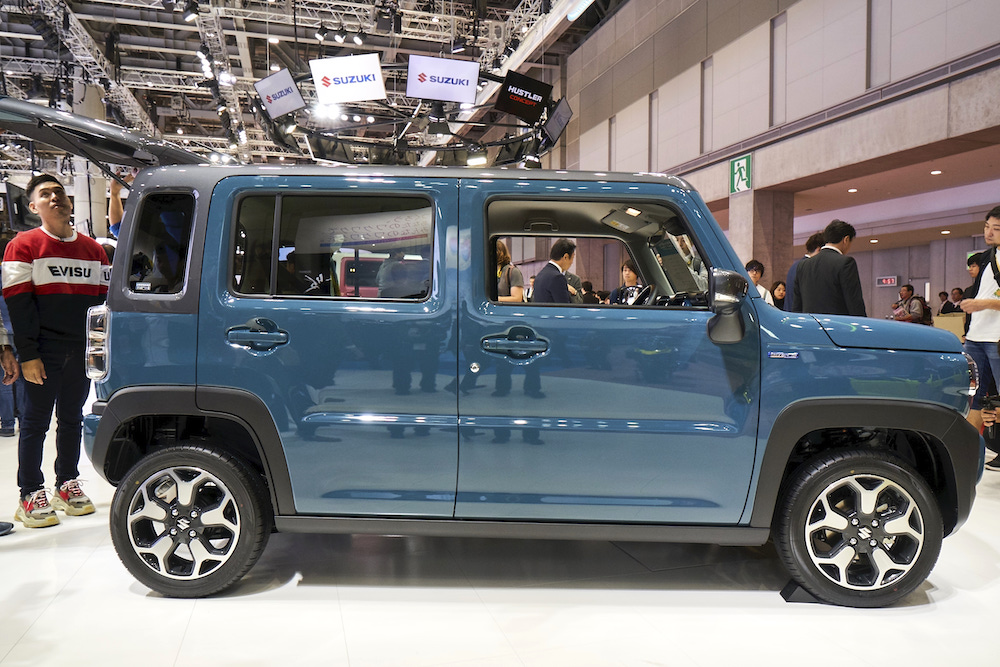 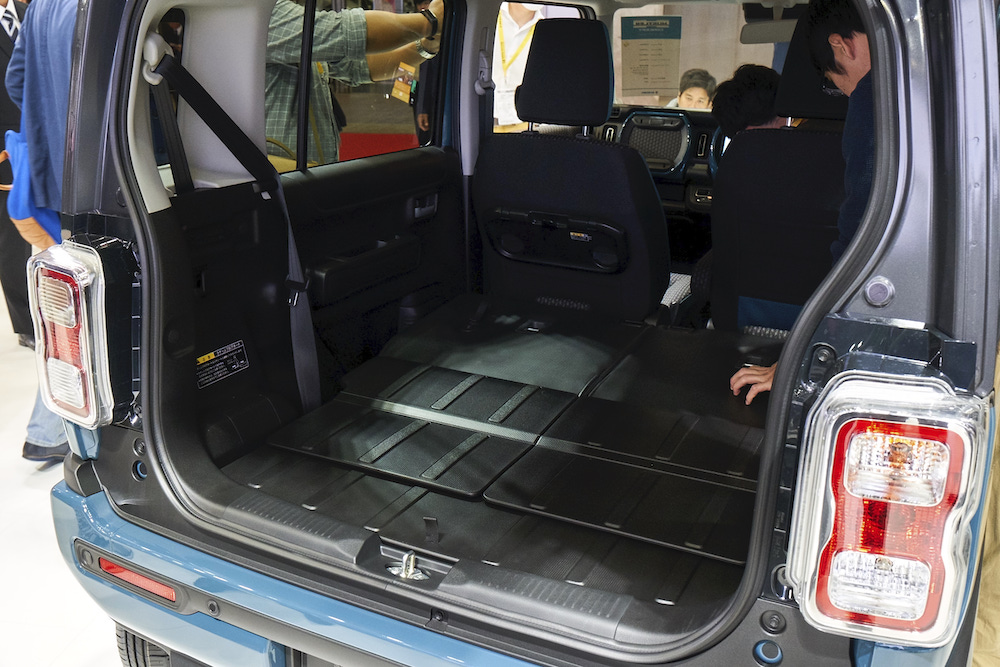 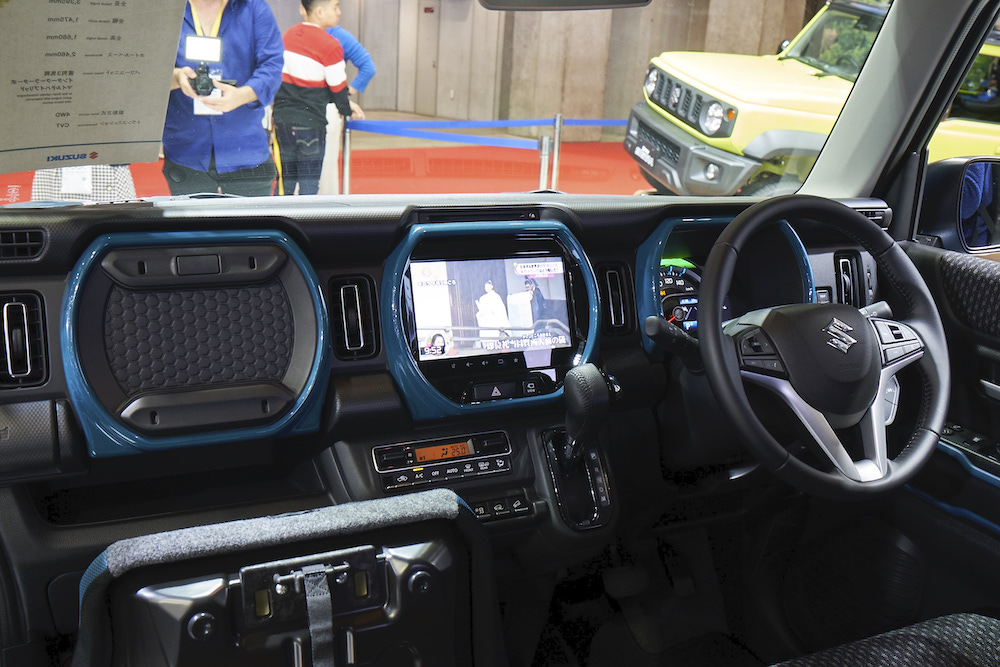 Since both the wheelbase and overall height has been raised the interior space has been expanded to further increase usability. The dashboard and instrument panels have been redesigned to have a more outdoor aesthetic. We really look forward to seeing this models official debut expected at the end of the year. 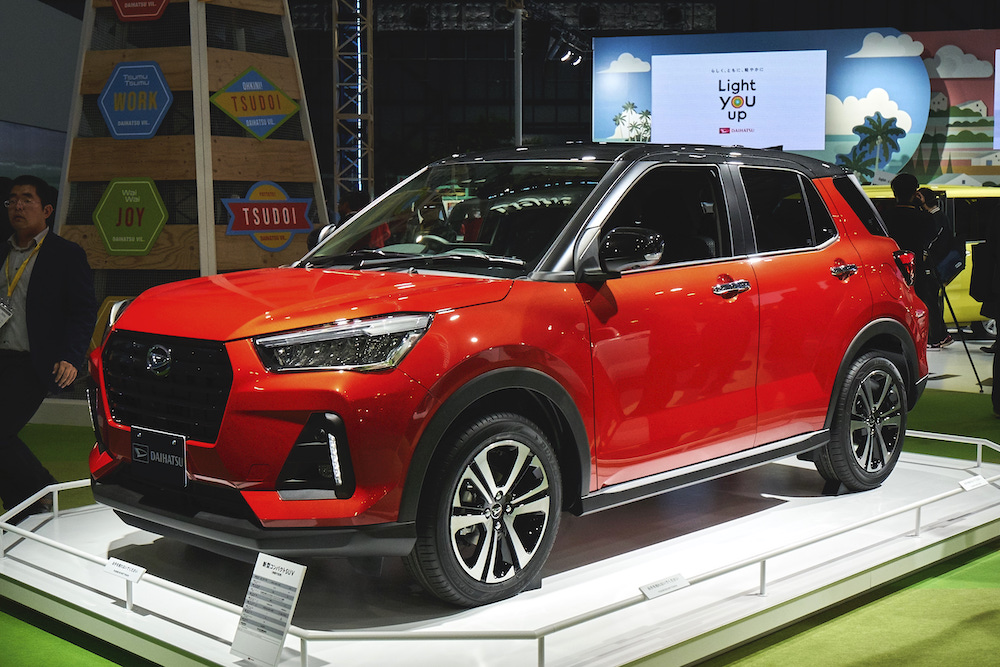 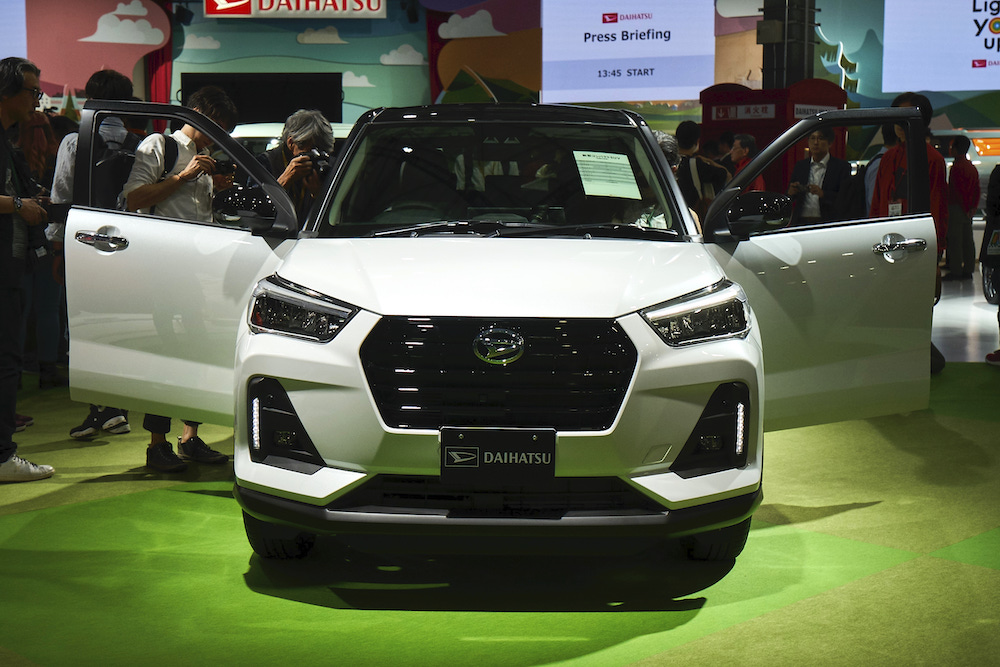 The new compact SUV that was seen at the Daihatsu booth is one that will be reviving the naming of the “Rocky”, a famous model from the 90’s. This model is co-developed with Toyota, whose car name is “Rise” and will debut as a style that is slightly smaller than the Rav 4.

The next generation “ek Spec” is tailored to Mitsubishi’s SUV taste. 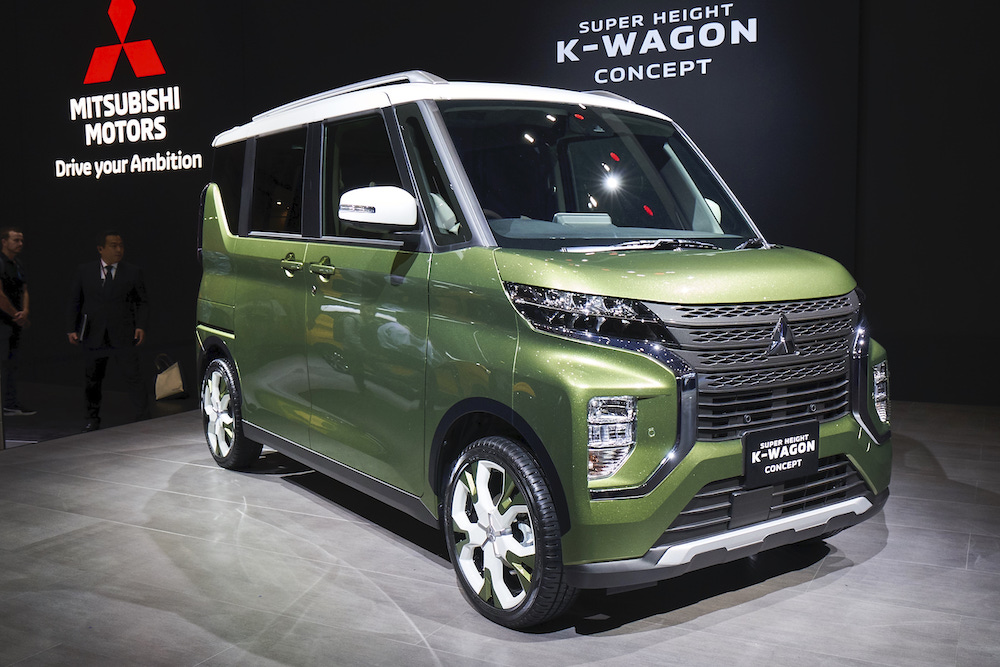 The “Super Height Light Wagon Concept” was unveiled for the first time as a light concept car featuring an SUV look and based upon the Mitsubishi design concept Dynamic Shield. It has a large interior space and features Mi-Pilot technology with a rumored debut of next spring. 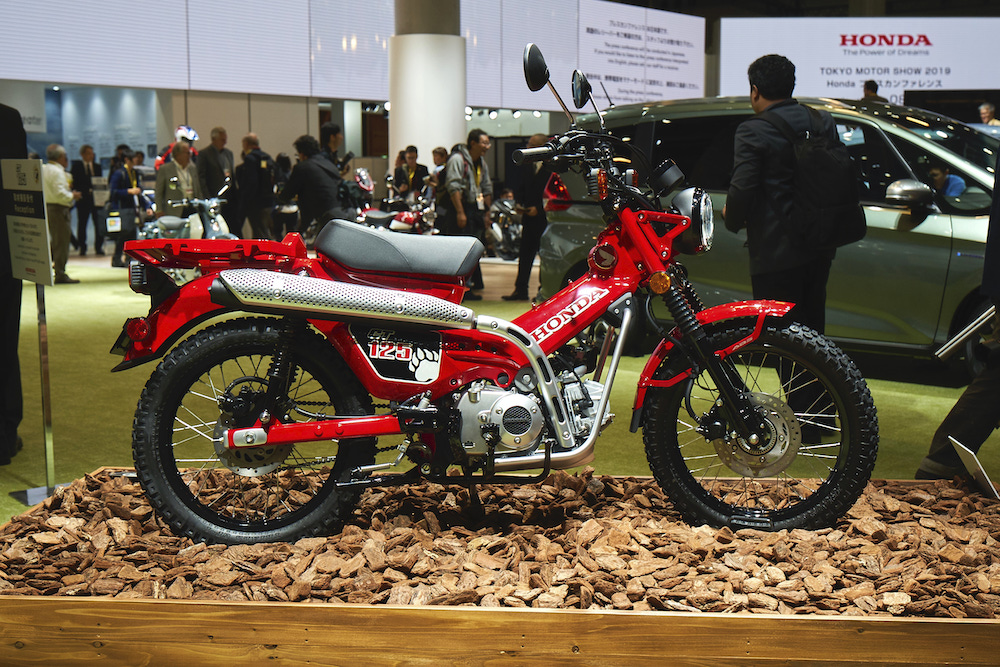 The “CT125” was unveiled for the first time as a concept model in the Super Cub series. A trekking bike that is based off the famous car series Hunter Cub but with specifications that improve it’s off road performance. We’re predicting this to be a hit after their work on the Cross Cub. 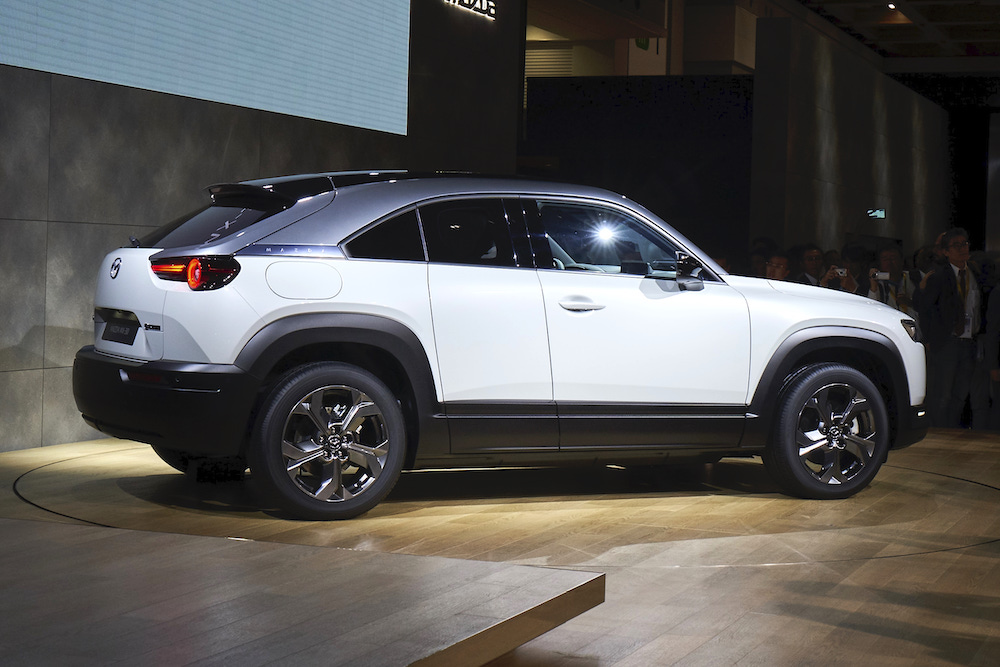 Mazda’s first mass produced EV, known as the “MX-30” has been unveiled with an SUV style design. There will be two types available, one just using the EV tech and the other featuring a rotary engine for range extension. It is set for sale in Europe in the second half of 2020, while introduction into the Japanese market has already begun!

The next generation X-Trail? An electric car with an SUV design. 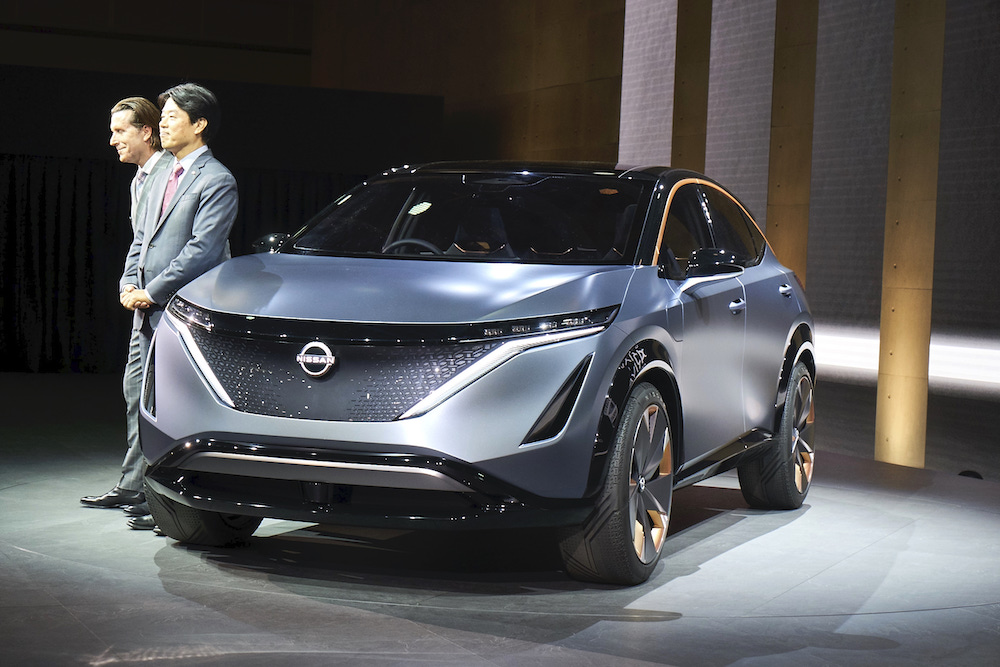 Nissan’s “Aria Concept” came as a big surprise on the press release day. It is a mid class SUV with EV’s equipped with twin motors with a commercial release expected in the near future. Although the concept design is likely to change before release it seems likely to become the next X-Trail.

The world’s first “New Fit” is pushed forward as the Cross Star. 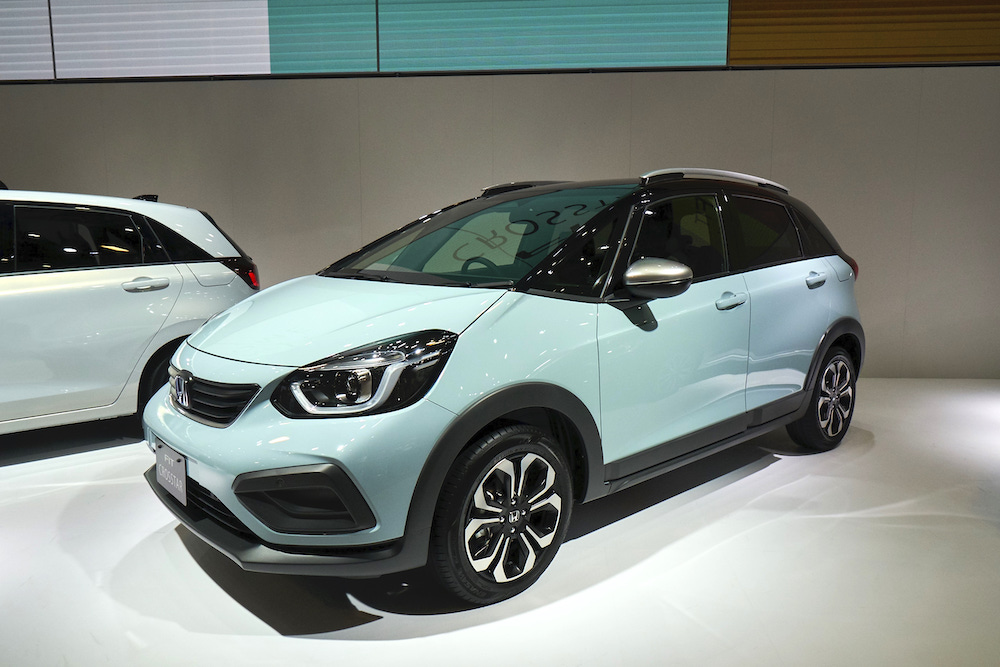 This is the 4th generation new fit that will be fully remodeled in February of 2020. Among the 5 different styles that were presented at the venue, the Cross Star with its SUV styling seemed the most impressive. The interior is very spacious due to its original centre tank layout.

The “New Levorg” is equipped with new eyesight and a newly developed engine. 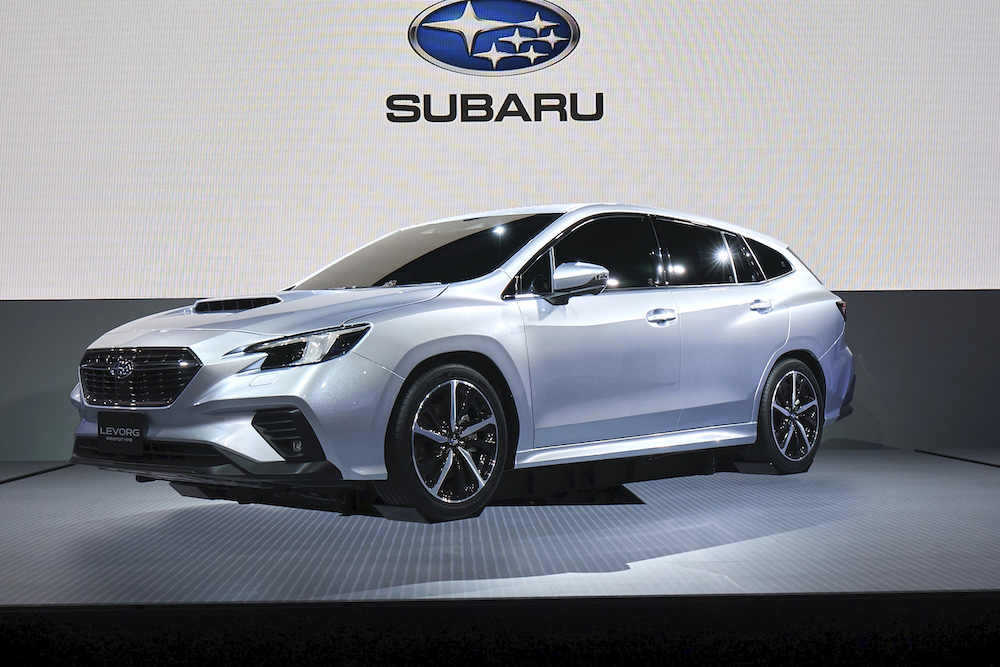 The “New Levorg” was announced and it will come equipped with a new version of Subaru’s proud eyesight technology as well as a newly developed 1.8L horizontal turbo engine. It seems to be the second generation remodeled as a station wagon and it will be fully re designed and commercially released in the second half of 2020.

A high end minivan based on the overseas Hi-Ace the “New Gran Ace”. 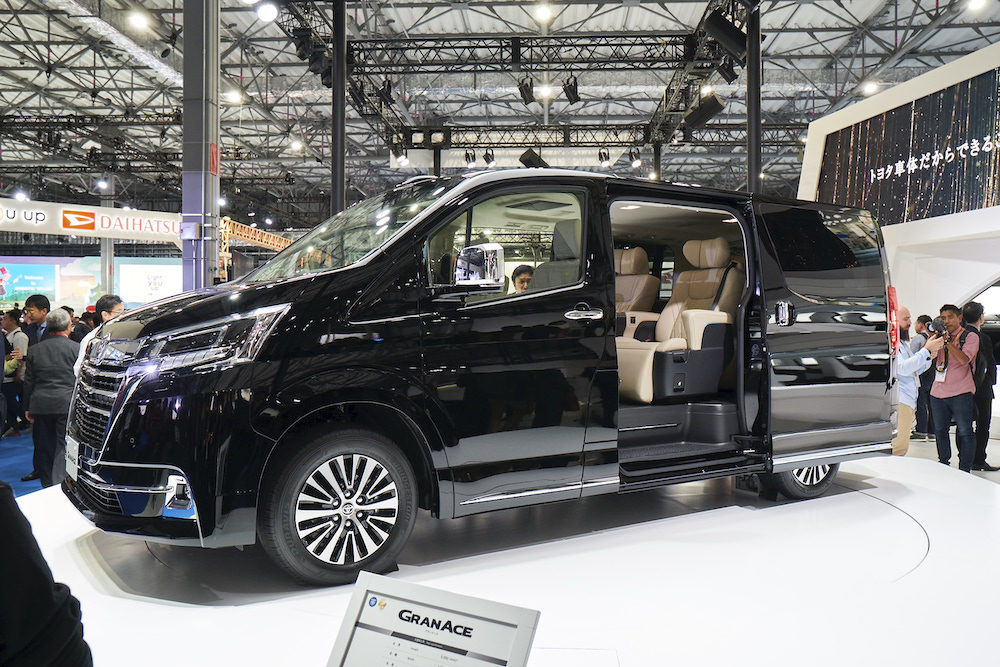 We were a little disappointed that Toyota did not announce the rumored TJ Cruiser but we did discover the “Gran Ace” at the Toyota booth. The large sized luxury van could be said to be an evolution or extension of the overseas hi-ace model. It features a large, hospitality limousine like body that exceeds 5 meters in length and has independent seats in the second and third row.

The premium minivan “V Class” has a new front face. 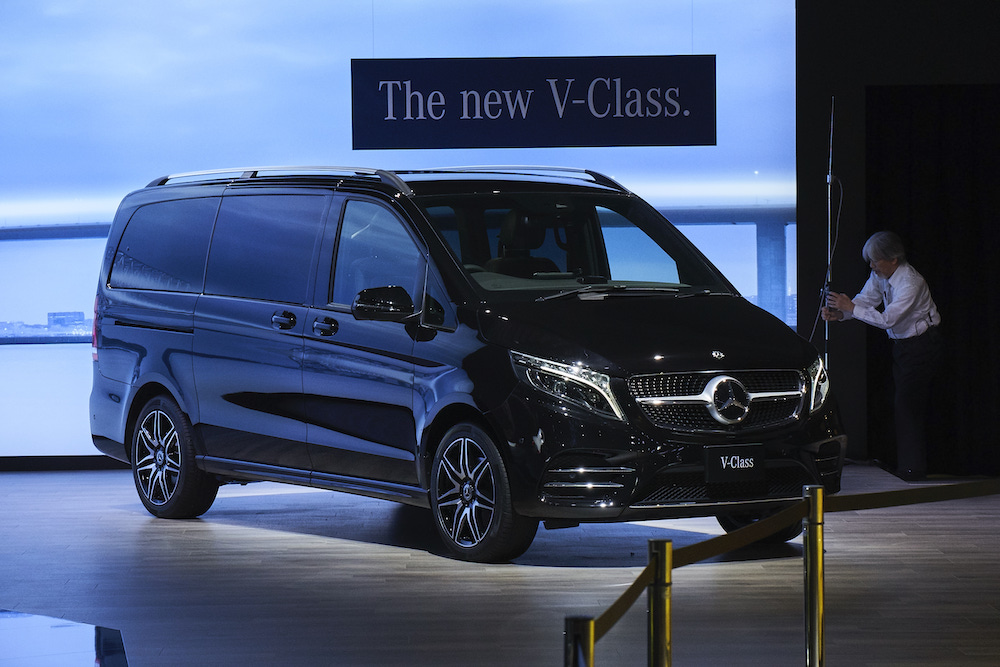 The new “V Class” gives the impression that the entire front face has been revamped to enhance the overall quality. It seems like a premium minivan the Mercedes are very proud of and comes equipped with upgraded in-vehicle equipment.

Yamaha’s new mobility model that is suitable for the city or countryside. 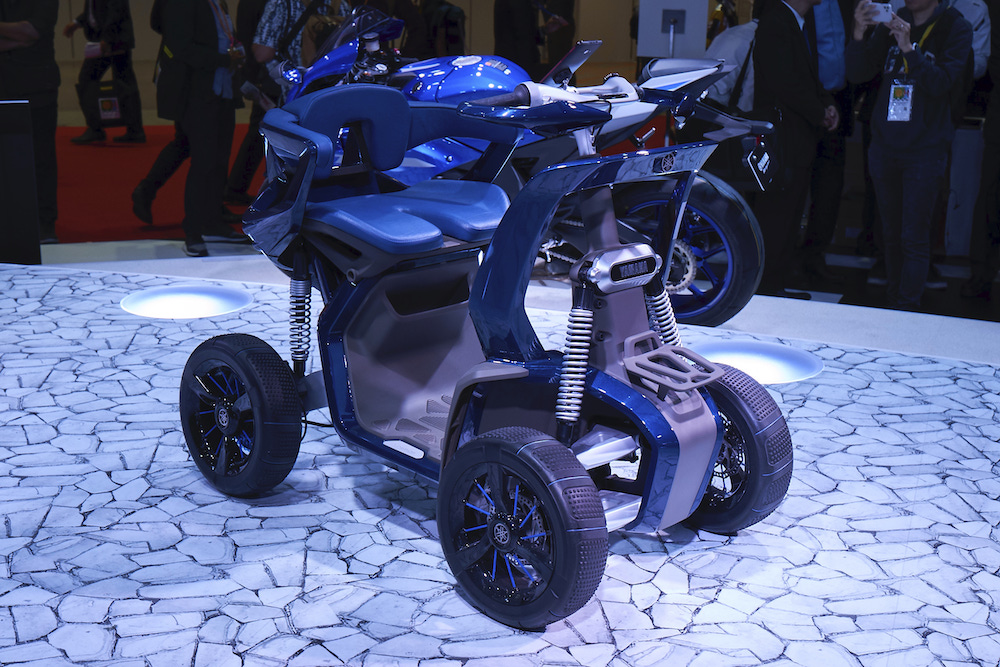 Yamaha’s “YNF-01” which also appeared in Go Out Jamboree in Spring, is an electric four wheeled cart featuring a futuristic design. The large tire treads and four-wheel independent suspension creates a fantastic off road impression.

Leaving the Motor Show we witness a sea of custom cars. 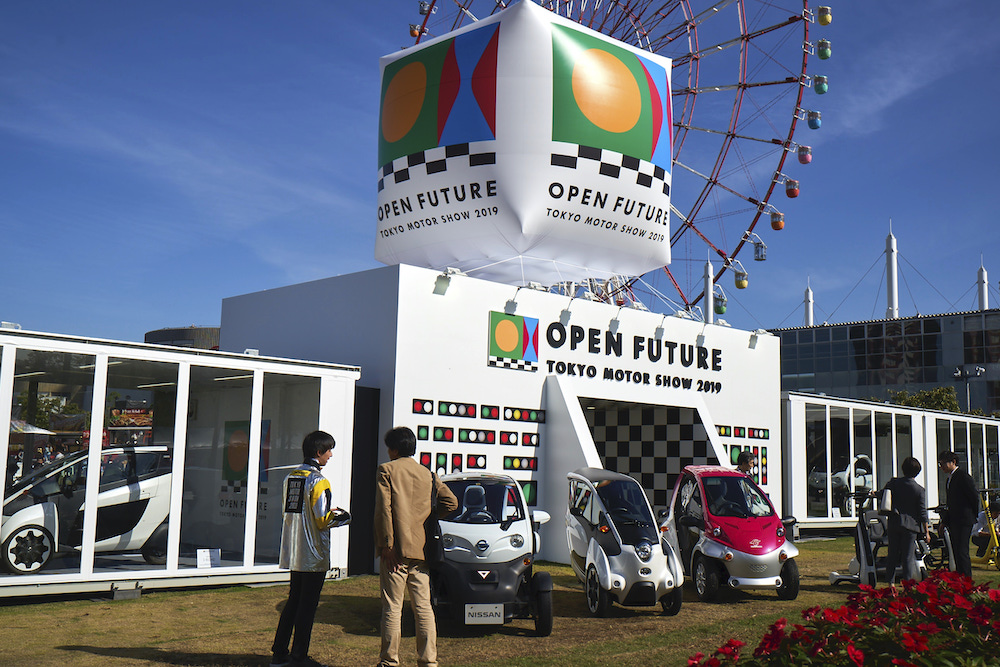 One of the major charm points of the Motor Show is not just the big site in the Ariake area or the indoor venue in the Aomi area but also the outdoor area that connects the two venues has cars on exhibition. Moreover, the cars lined up here feature great custom outdoor designs so as an extra special editorial we will show you some of the highlights here. 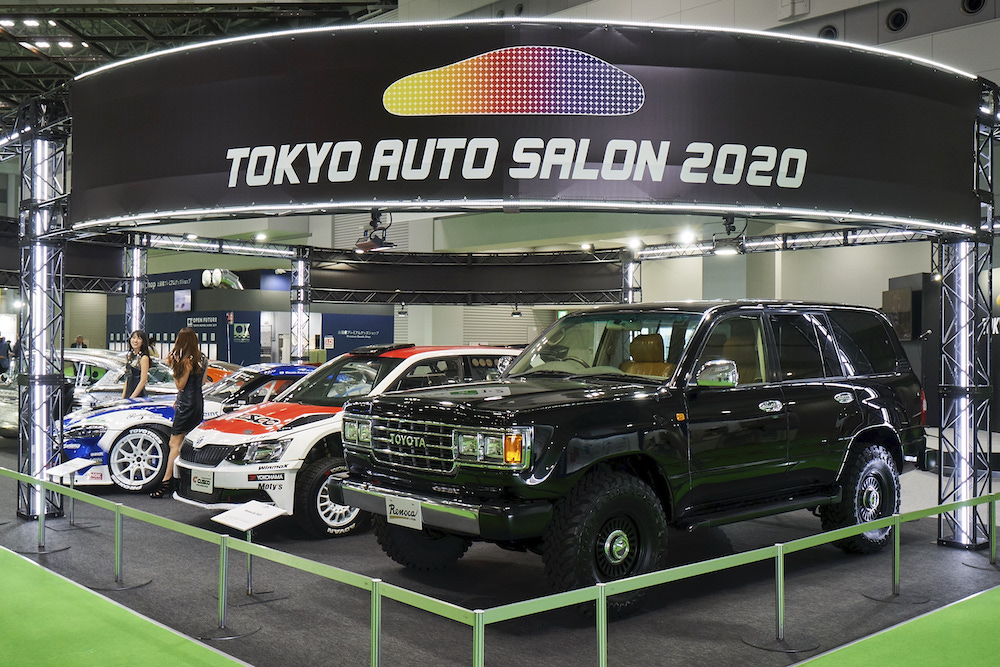 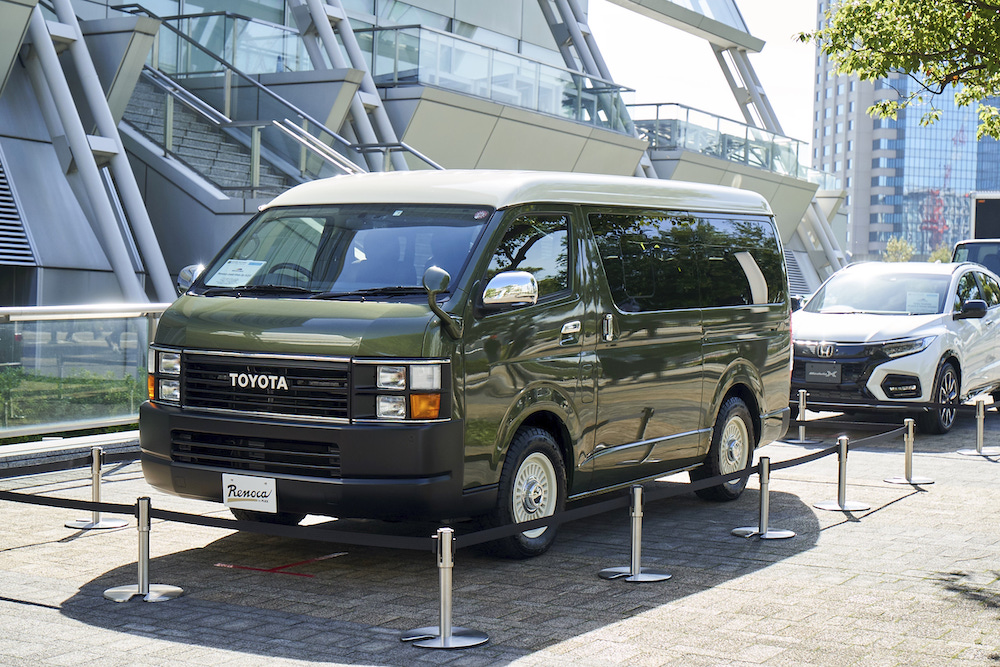 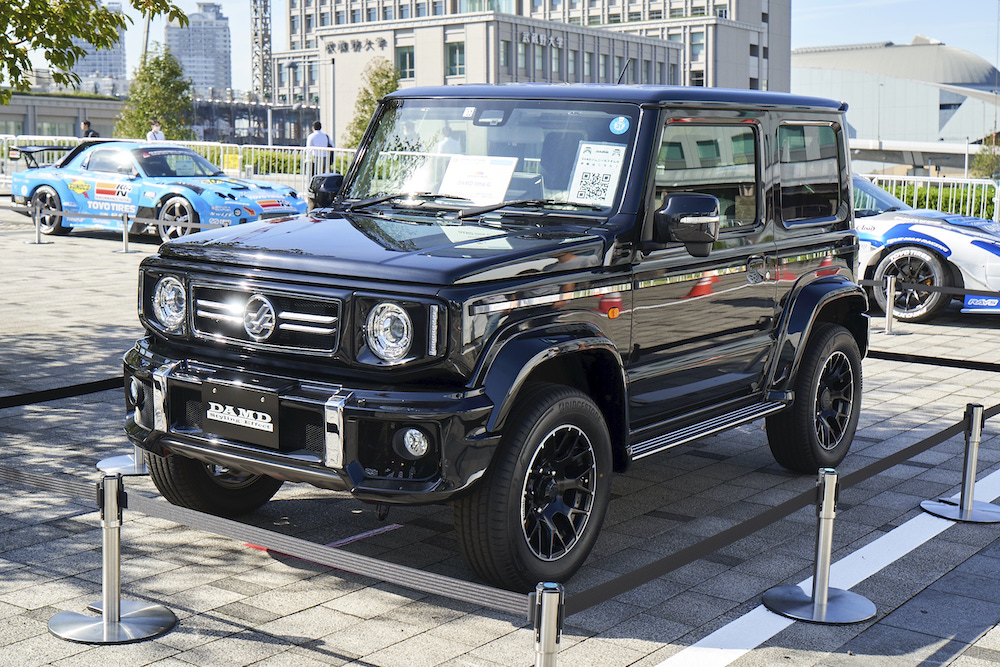 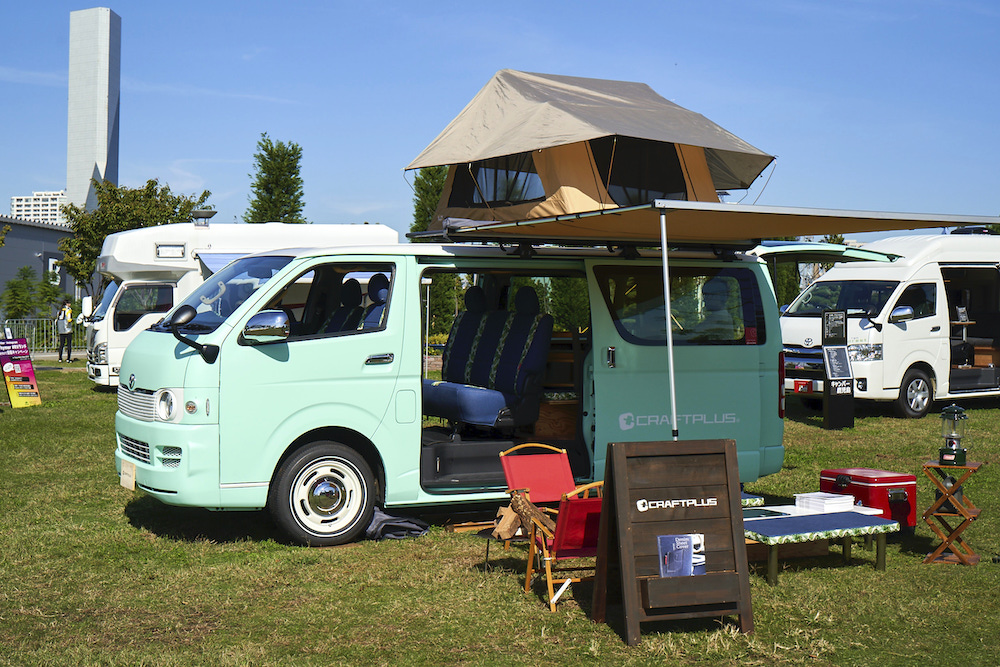 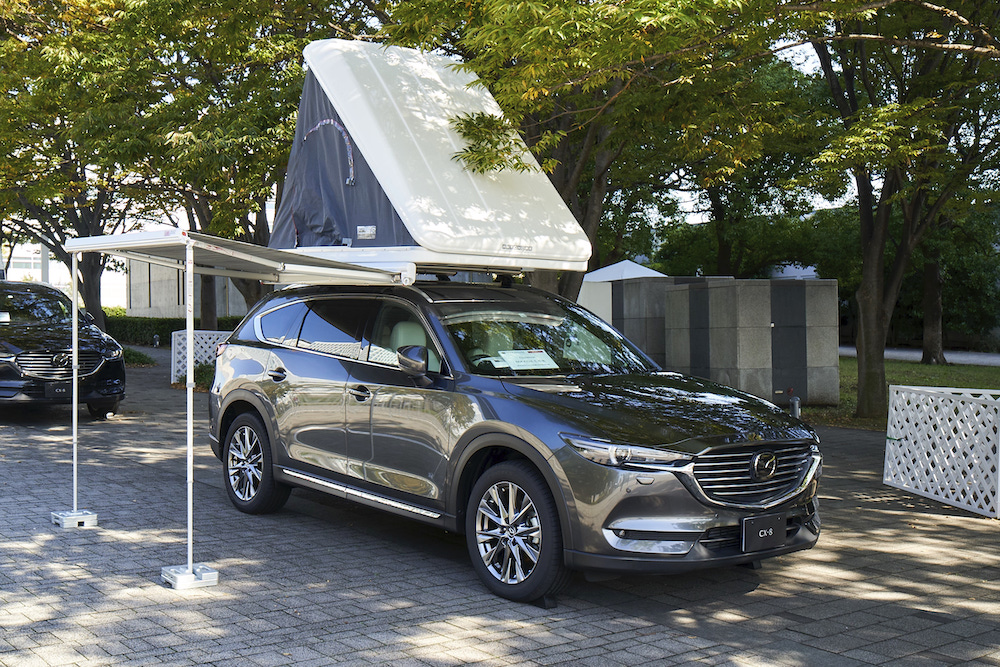 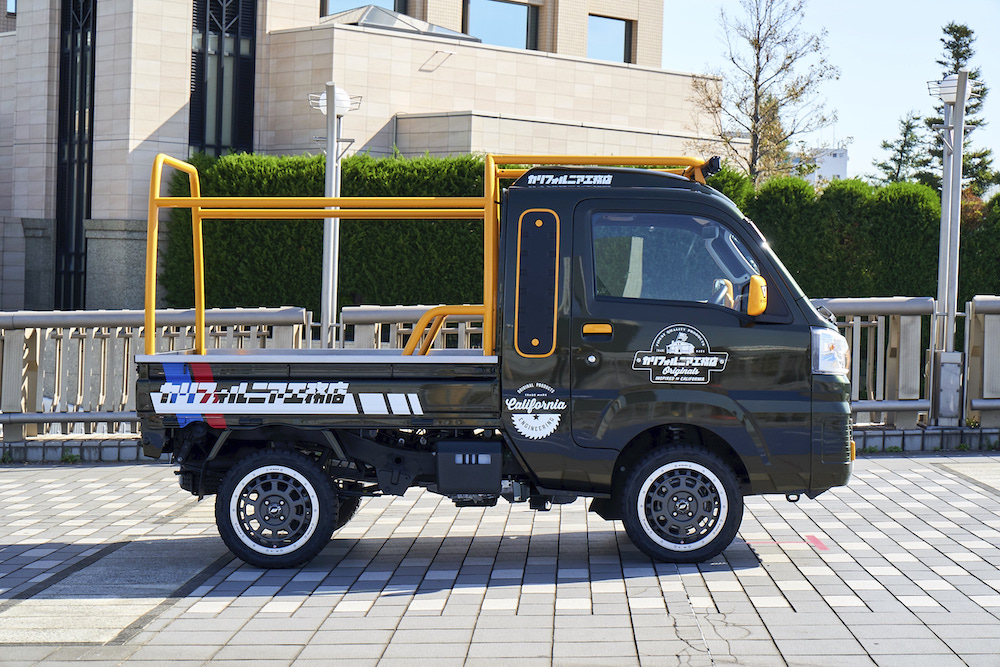 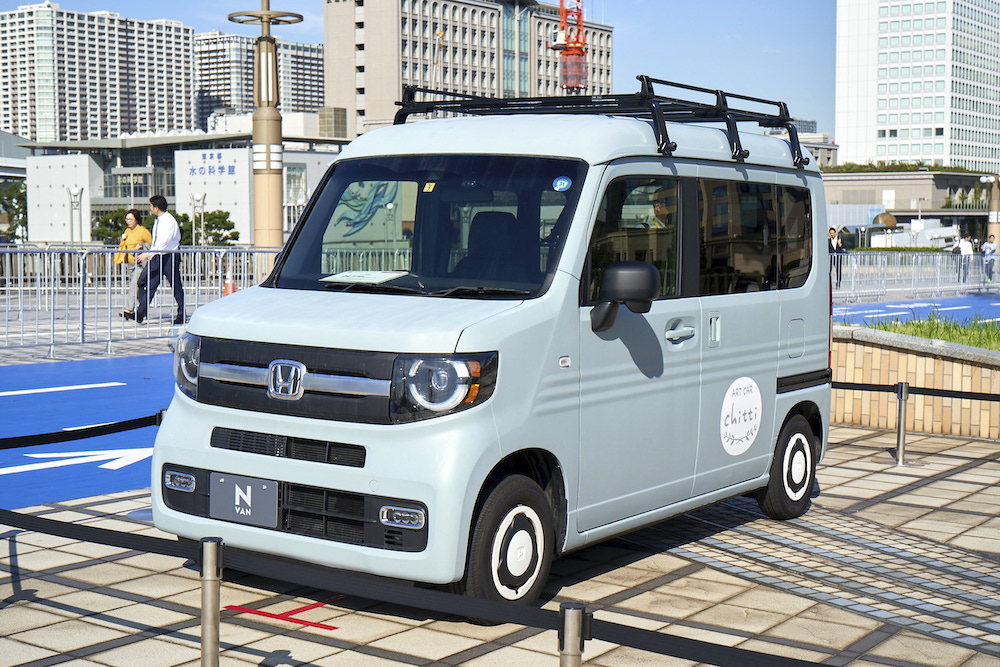 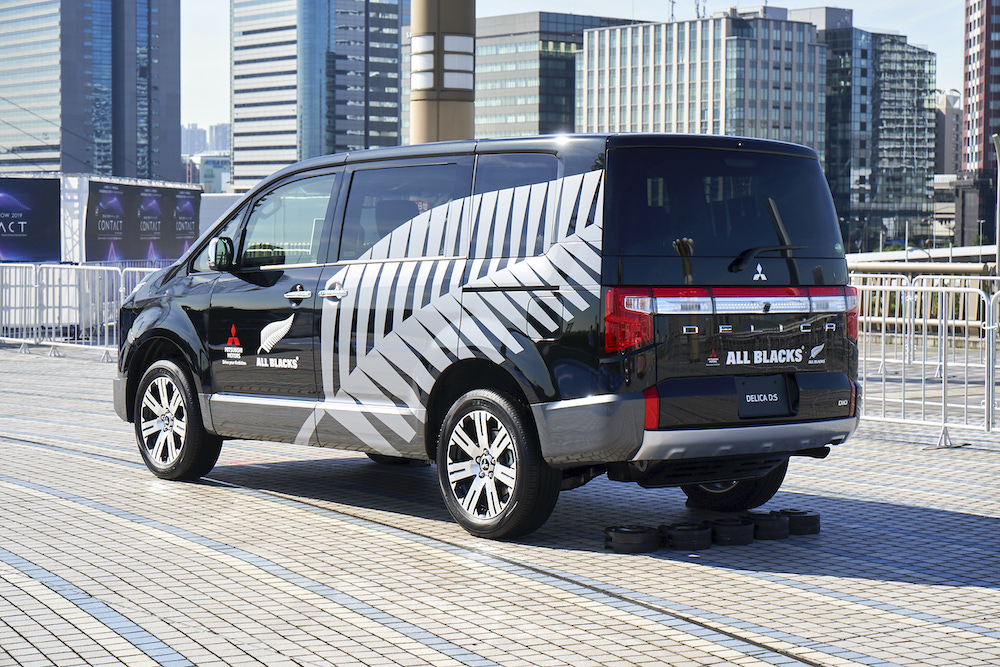 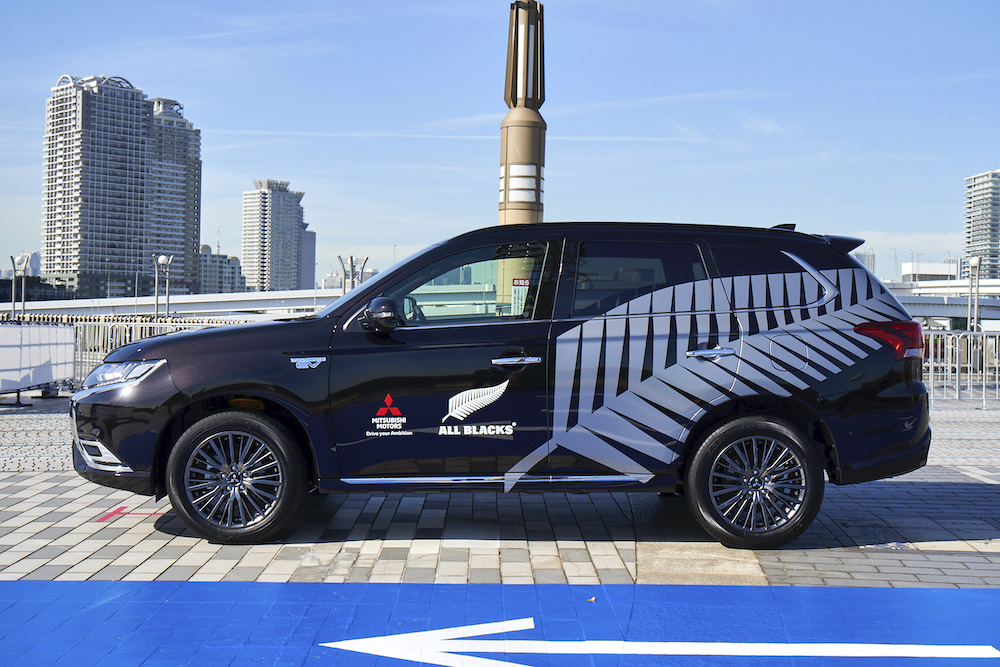 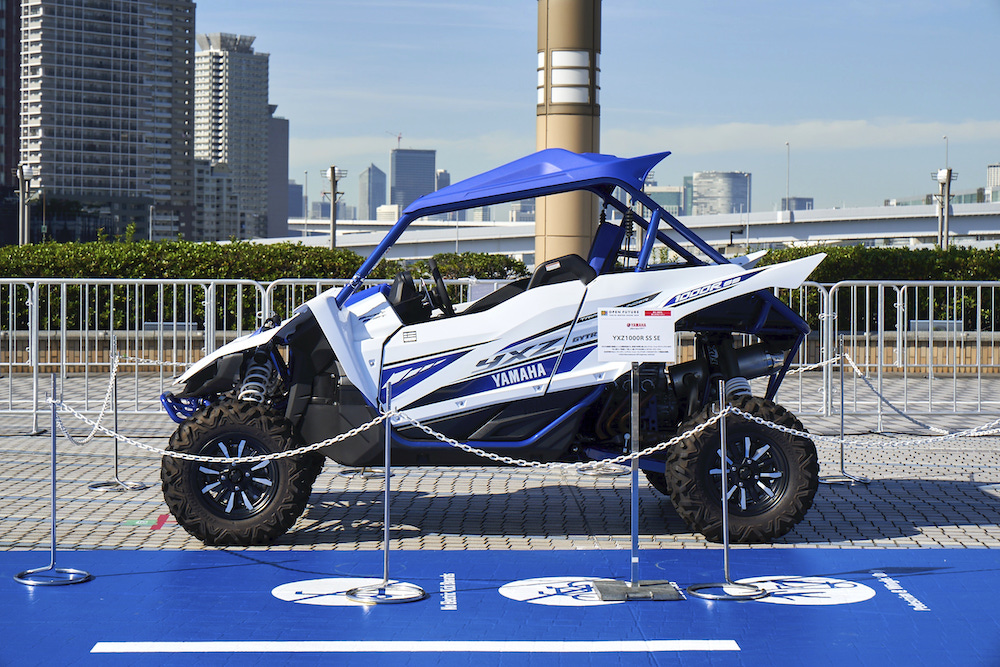 Thanks to the cooperation of “Auto Salon”, various styles of car, from campers to customs cars and 4 wheel buggies adorned the sides of the road so there is plenty to enjoy while travelling between the 2 venues.

Don’t miss out on the booth that you can enjoy with your family! 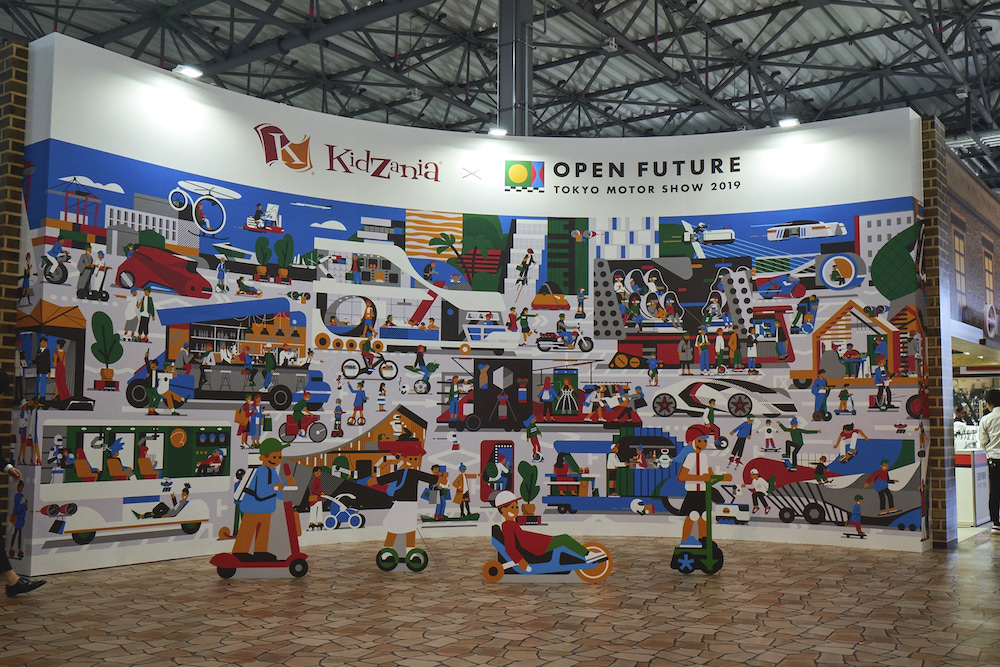 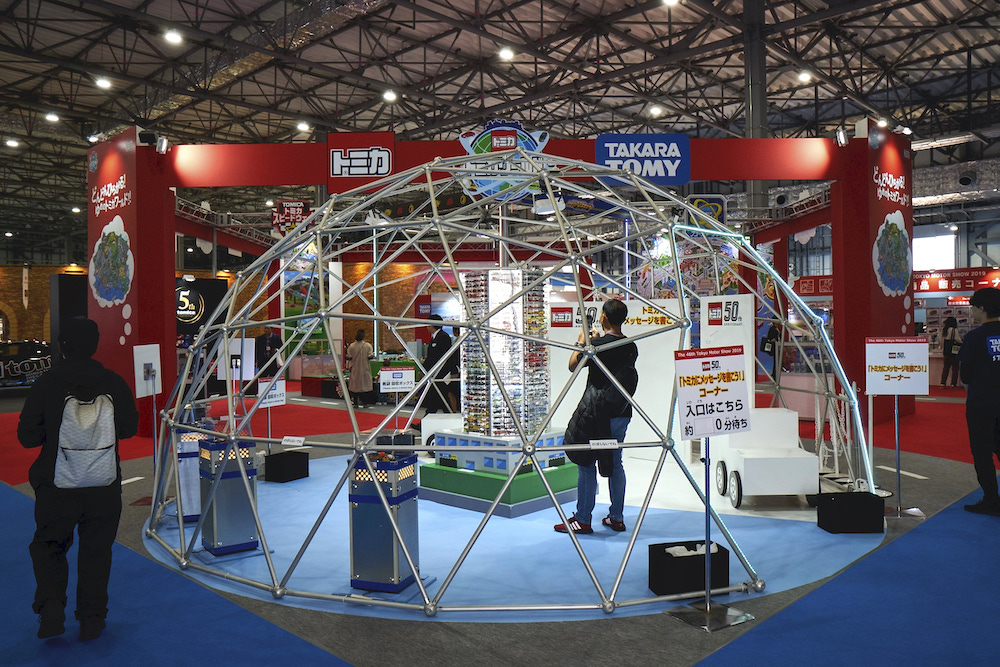 In addition, there are activities that children can enjoy, including the Tokyo Motor Show version of “Kidzania” where kids can enjoy fun activities related to automobiles. The Tomica booth also sells limited edition models that can be enjoyed by the whole family. Seeing as the event is scheduled to be held until Monday 4th November which is a public holiday we recommend it as a great family fun day out!