So, let’s hear from real SUV owners about their real life experiences. In Japan, now is the time to purchase or upgrade a new car before the tax increase comes into effect.

Choose an SUV for a safe and comfortable camping experience!

Yoji Suzuki: restaurant / outdoor writer. Mr Suzuki became addicted to camping after being influenced by DJ friends while running club events together. This has also led to him working as an outdoor writer.

The Toyota Land Cruiser has a long history all over the world and is still very popular as a cross-country vehicle and is a model that is especially popular amongst the Rankle sub genre of SUV. The Prado made its debut in the 1980s. 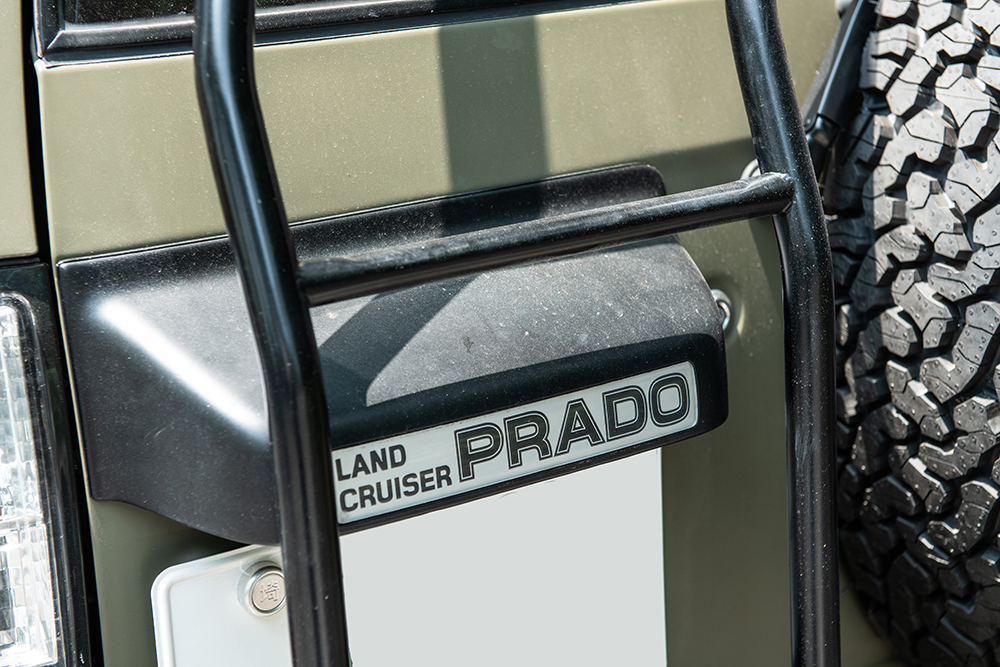 He previously owned a Honda Accord Wagon for about 10 years and also a Volkswagon Sharan for another 5 before changing to the Prado due to his love for camping.

“Ever since becoming more interested in camping I found that the Sharan just wasn’t suitable for the off roads and actually got stuck about 3 times due to the lack of power in those situations. I realized that I needed a 4 wheel drive SUV more suitable for my new camping orientated lifestyle.

Choosing the 95 Prado to avoid any trouble or worries. 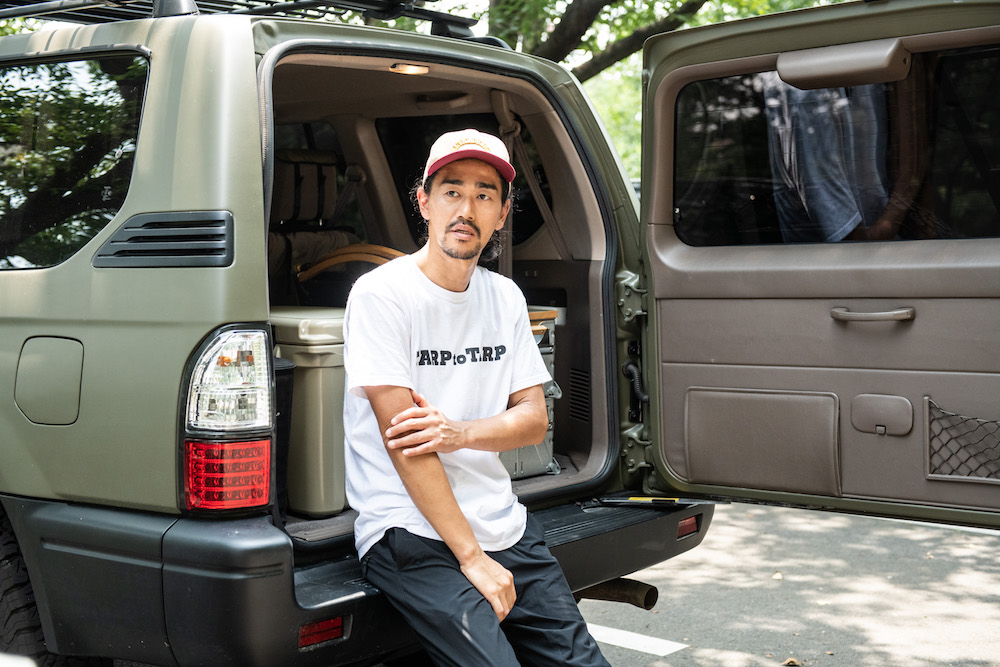 “It seemed like troubles were more common with foreign cars so I decided to stay domestic. Originally I only looked at old rankles and I really liked the 78 Prado but due to my concerns with the condition of older cars I settled on getting the 95 Prado in the end.

“I really like the military style paint job and I purchased it at Car Japan in Sendai. It had 92,000km on the clock and cost me about 2.5 million yen. I’ve only had it for about a year but I’ve had no problems yet”. 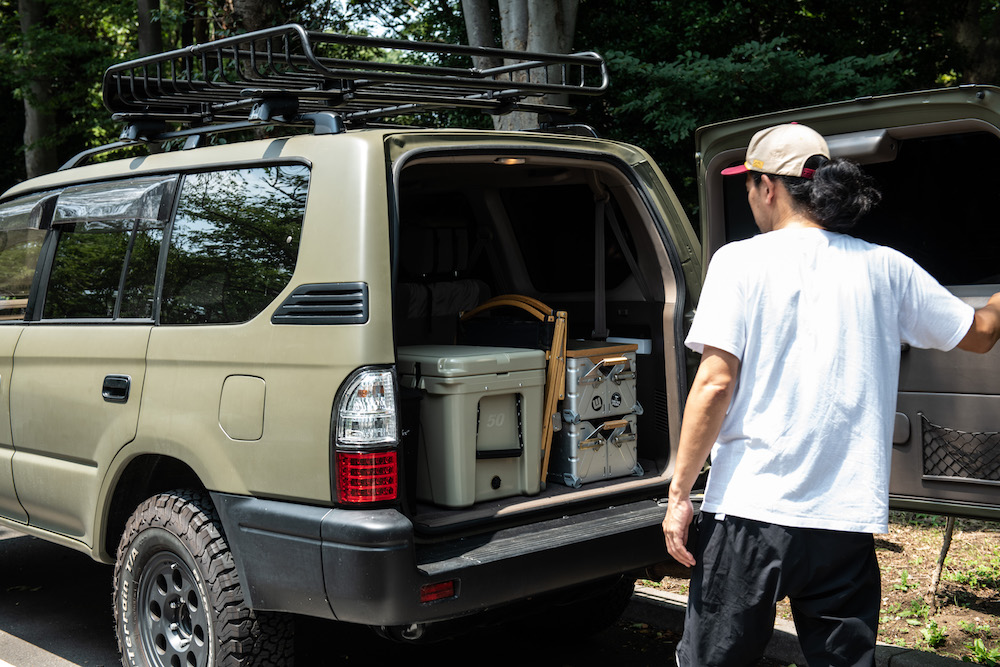 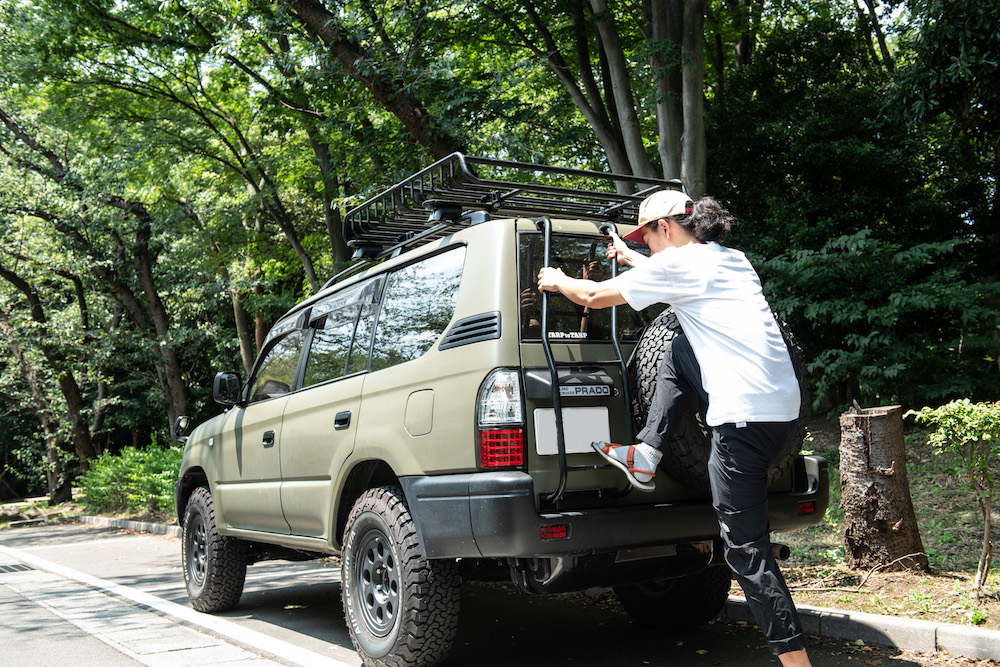 There is enough luggage space so it doesn’t seem like he readily needs to make use of the rear ladder and roof rack but Mr Suzuki loves the off road aesthetic. 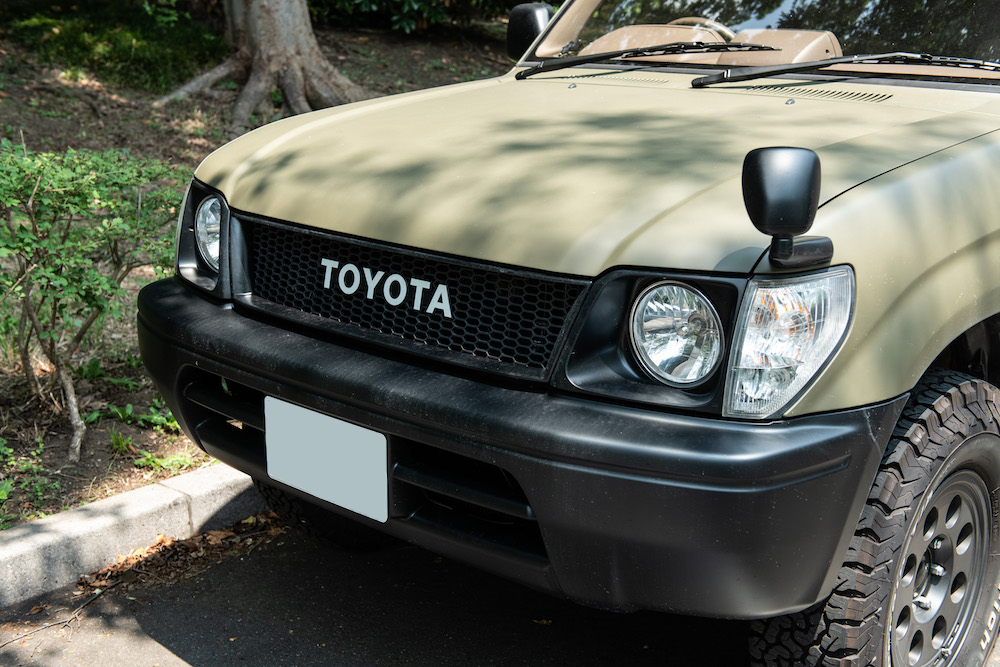 The matte olive finish and black two tones chosen give it a military aesthetic. He says that he would like to install fog lights in the future

Power and stability that can handle any tough road.

Mr Suzuki chose a 4 wheel drive after getting stuck 3 times in his Sharan. The Prado comes equipped with classic all-terrain off road tires. 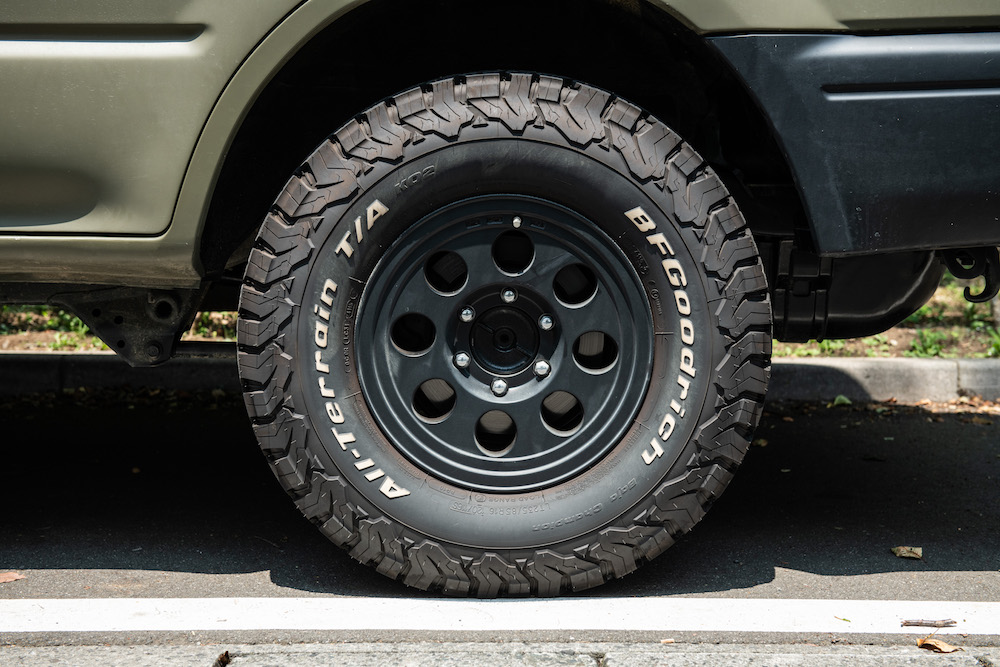 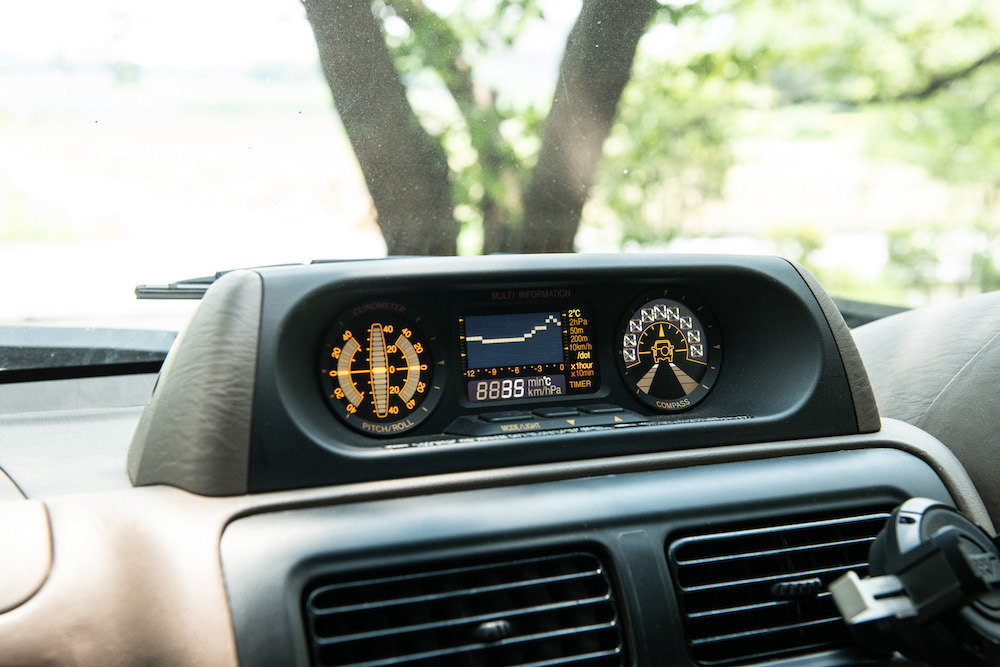 Additionally, it comes equipped with instruments to measure the angles of the vehicles body etc. which is synonymous with off roaders. 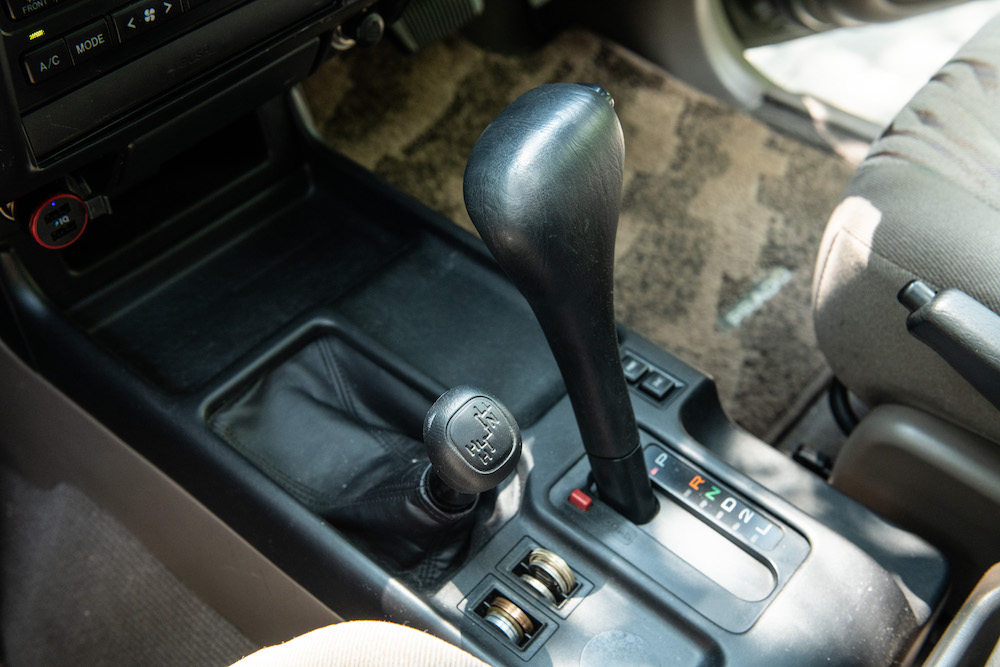 The 95 Prado is equipped with a 6 cylinder V type 3.4 litre engine. It’s slightly more expensive than currently sold models to the emissions tax which is a little hard on the wallet and it also averages fuel consumption of about 7-8km which is not quite as much as Mr Suzuki was expecting so it7s not only positives.

Spacious and safe, perfect for raising a family.

Mr Suzuki currently has 2 children so there are two child seats in the rear but the spacious interior makes it a comfortable ride and will be suitable as they grow older, while also having plenty of room for luggage. 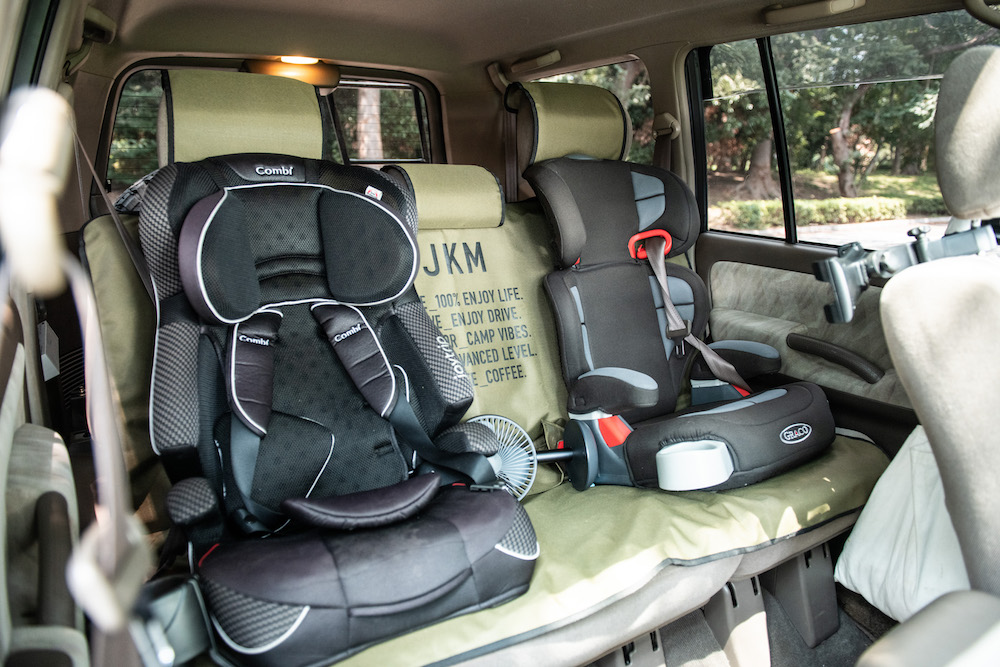 Also, its great not having to worry about getting stuck which can ruin a fun camping trip for your family and friends. This makes it a popular model amongst families and groups of friends camping.