So, let’s hear from real SUV owners about their real life experiences. In our first wrticle we looked at the Toyota Land Cruiser but this time we will learn about the American Chevrolet Suburban. In Japan, now is the time to purchase or upgrade a new car before the tax increase comes into effect.

Switching from domestic to a huge American car! 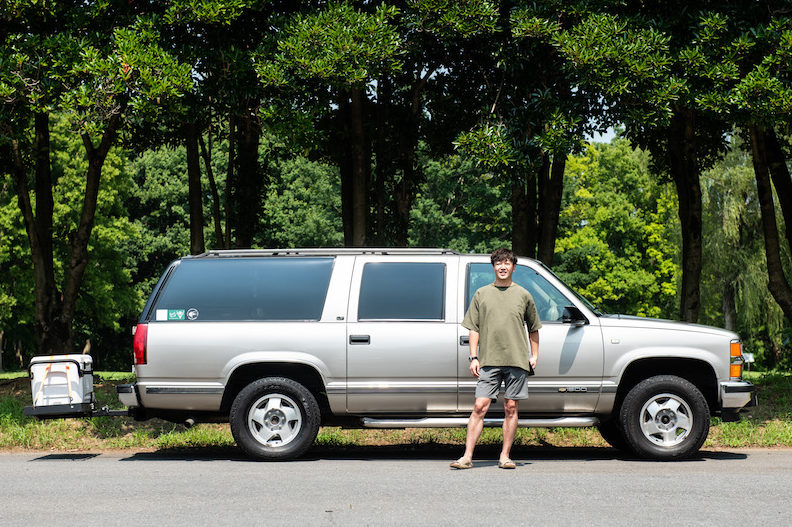 Takayuki Hirayama: ADASTRIA Marketing Division Brand Communication Manager. Mr Hirayama enjoys a wide range of outdoor activities such as snowboarding, camping and fly fishing. He bought his Suburban about 17 years ago after receiving a recommendation from a friend and its been his big sized partner in crime ever since.

A full size SUV manufactured and sold by American General Motors under the Chevrolet brand. First released in 1935 it has the longest running history of any American manufactured car. 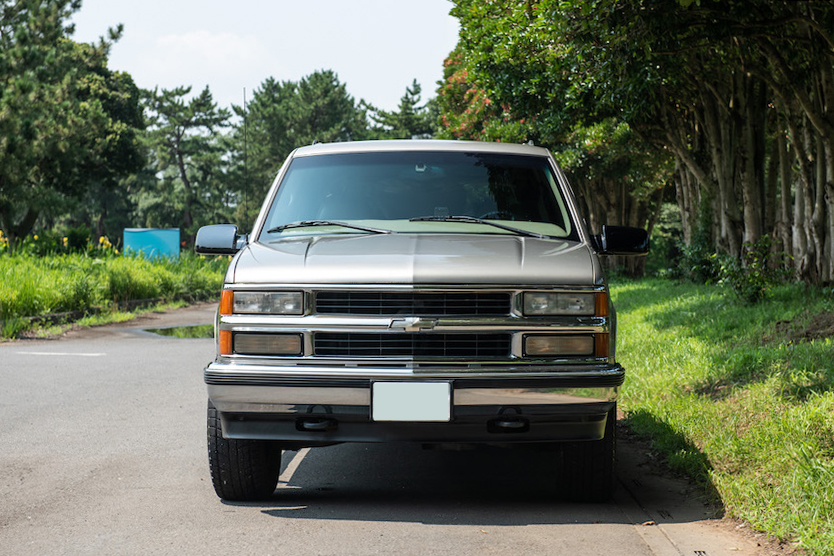 Mr Hiriyama first met his beloved car 17 years ago. Until then, he rode various vehicles from a Mitsubishi Debonair to a Nissan Gloria Van but once he began surfing and snowboarding he wanted an SUV that would not get stuck in the sand or snow.

“I actually bought it at the store my friend worked at called STG in Kunitachi. I only had 3 friends that road Suburbans as everyone else had American cars like Astro’s and Dodge Rams”.

17 years and no major problems! 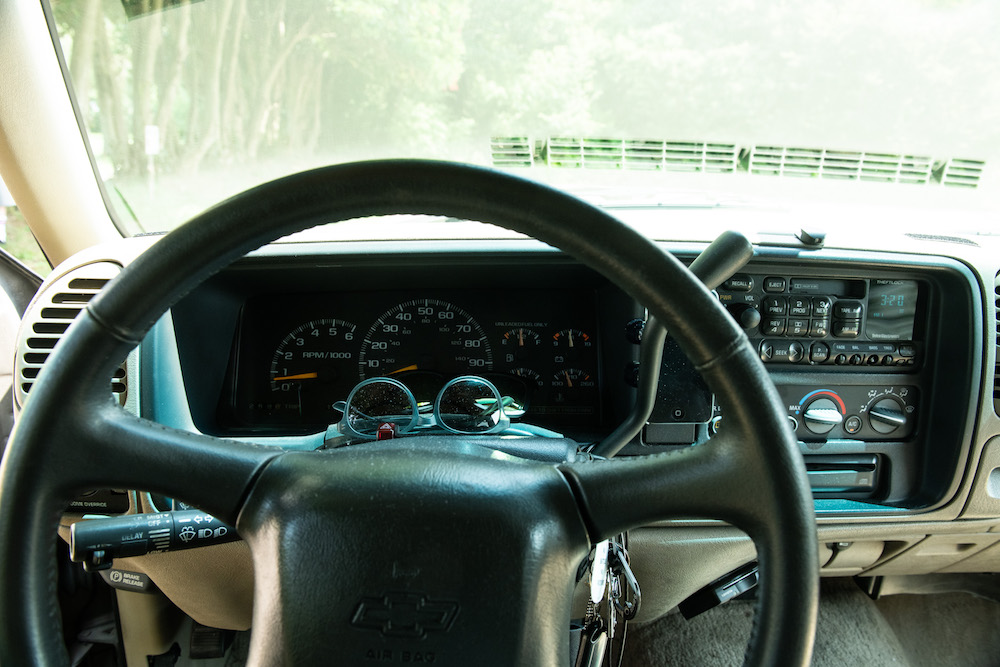 “It’s an old model but I bought it in 1999 so it was only a couple of years off from being a new car. The mileage on it was only about 60,000km at the time. This light pewter color was only made for about one year so I liked it as I hadn’t seen it anywhere else”. 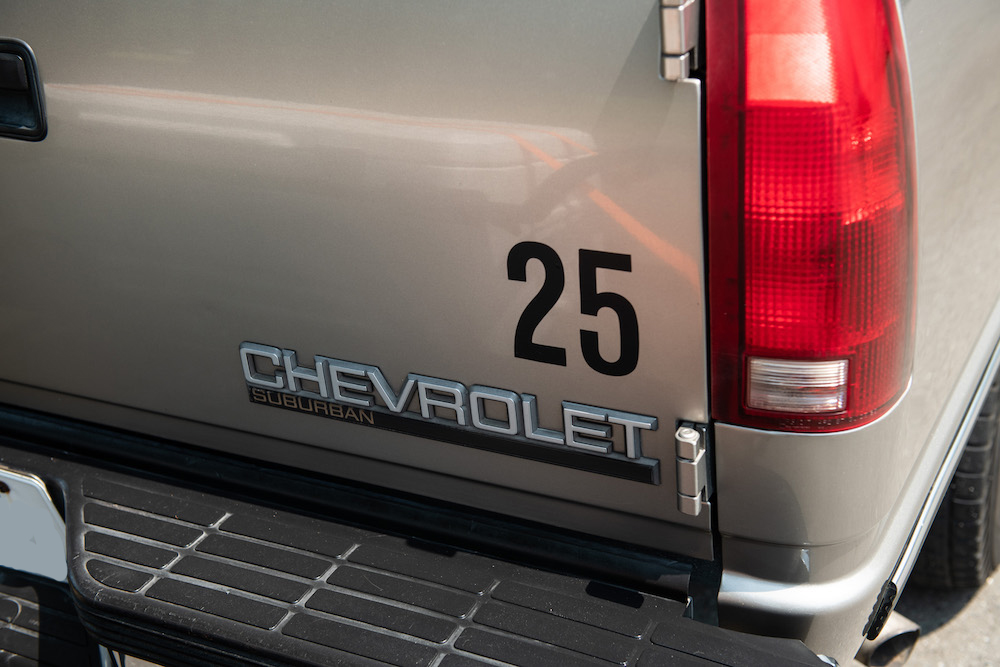 “I’m often asked if it’s prone to breaking down before, but it’s in good condition and I’ve never had any major issues. It’s powerful and can seat up to 9 people so it’s great for outdoors trips with the family because you can even remove one of the 3 rows of seats so you can sleep overnight like a camper”.

Plenty of space for family and friends! 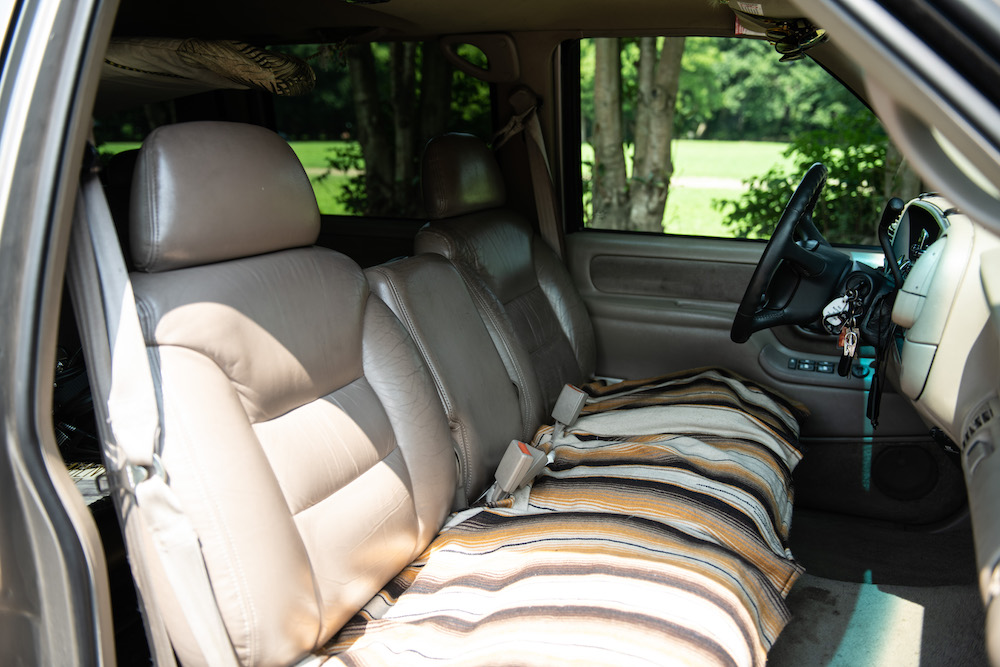 The driver’s seat is high so you have a great view of the road and the front seating is a bench so it can seat 3 people. The second seating is also comfortable and spacious making it perfect for long drives. The genuine leather seats give it a real luxury feel. It is a 9 seater with 3-row seats for large groups. 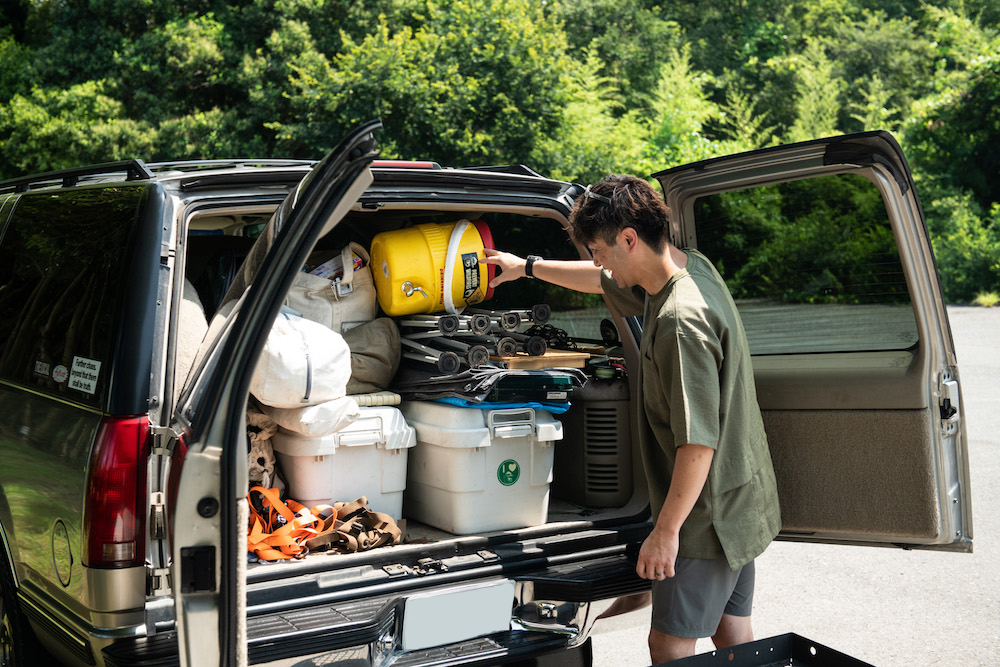 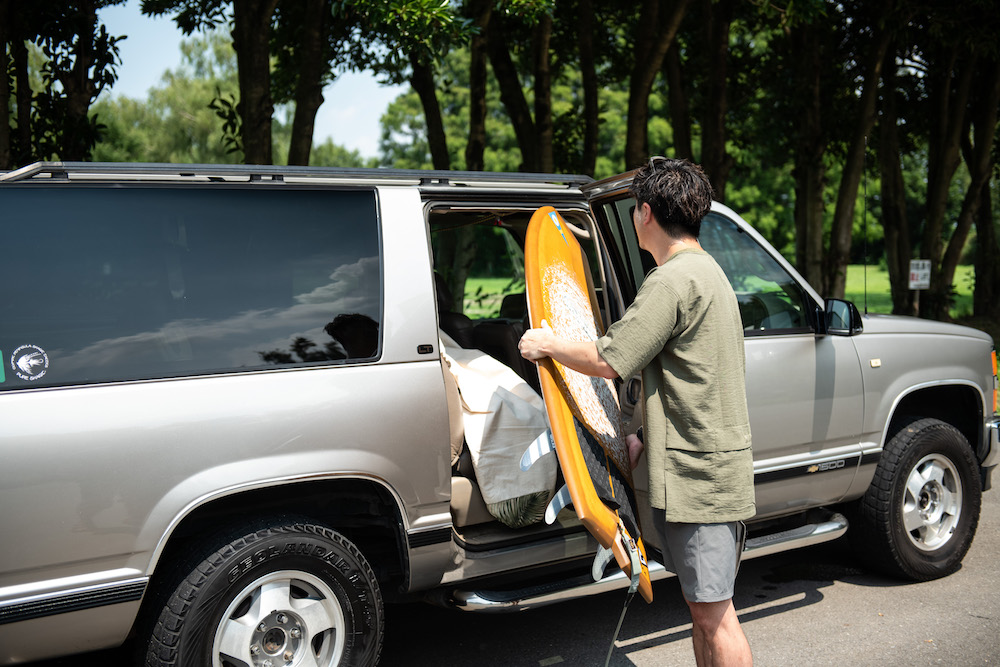 It’s a car with an image of breaking down regularly but seeing as the condition at the time of purchase Mr Hirayama has hardly had any problems. If we are being picky then the radio switch not turning on or the indoor clock not working correctly are about the extent of the issues. 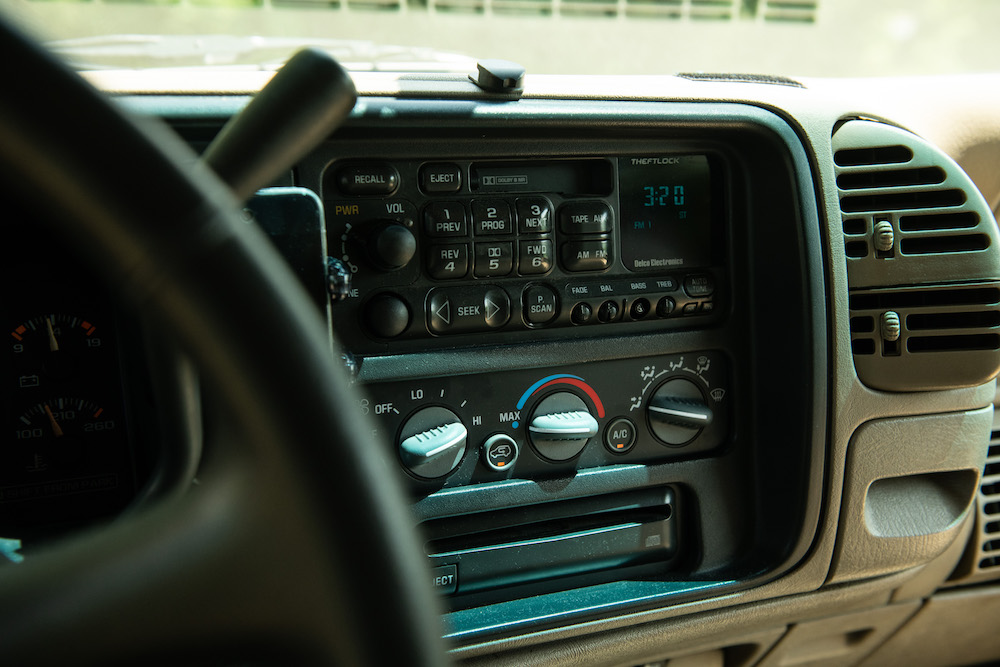 Minor repairs are entirely possible at any local or friends garage. Of course because he has over 200,000km clocked up most of the problems encountered are related to consumables.

For outdoor enthusiasts a large sized SUV that can carry a large number of people and gear with minimal stress is a strong ally.

The large size of US made vehicles coupled with the high power 5 litre engine means that chances of getting stuck in sand or snow are rare. The Chevrolet Suburban is great for families or large groups of friends to enjoy outdoor activities in comfort with minimal stress.